Perhaps the most important of all Chinese holidays, the Chinese New Year is celebrated worldwide each January or February in places like Hong Kong, Taiwan, Singapore, Malaysia, Thailand, Cambodia, the Philippines, and Mainland China.

Also called the Spring Festival (春节 Chūnjié), the Chinese New Year celebrates the beginning of the Chinese year based on the traditional Chinese lunisolar calendar and officially ends 14 days later with the Lantern Festival. 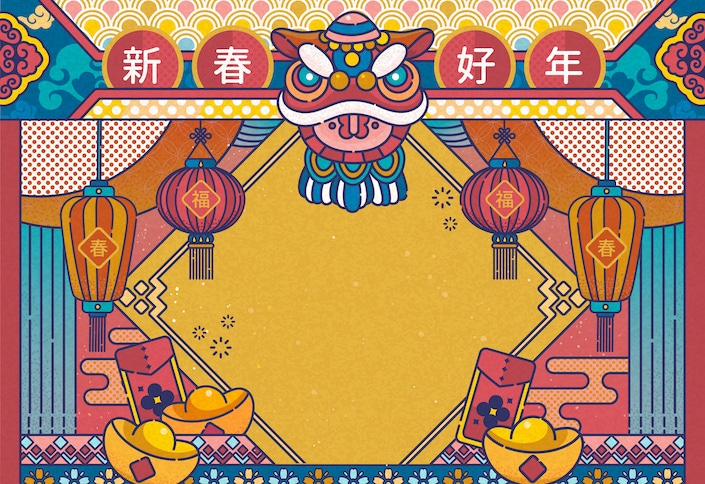 How is Chinese New Year celebrated?

The Chinese New Year is a 15-day holiday and includes a variety of festivities depending on the region and its local traditions and customs. However, certain common customs are shared regardless of region.

For example, it is common practice to decorate one’s home with Chinese lanterns. In many homes, you will find auspicious Chinese characters and couplets on red paper stuck on doors. Red is an auspicious color as it scares away the Nian monster. Wearing new clothes is also a common tradition to ward off bad luck—a new year is a time for newness after all!

The Chinese New Year is an important time to 拜年 (bàinián, to pay a new year call), so it is common practice to visit relatives and exchange auspicious greetings and Chinese gifts. Devoted Buddhist and Daoist practitioners also often visit local temples to welcome the new year.

The holiday has even had an influence on the traditional festivals of other cultures with whom the Chinese have historically interacted, including the Koreans, Vietnamese, Mongolians, and Japanese. 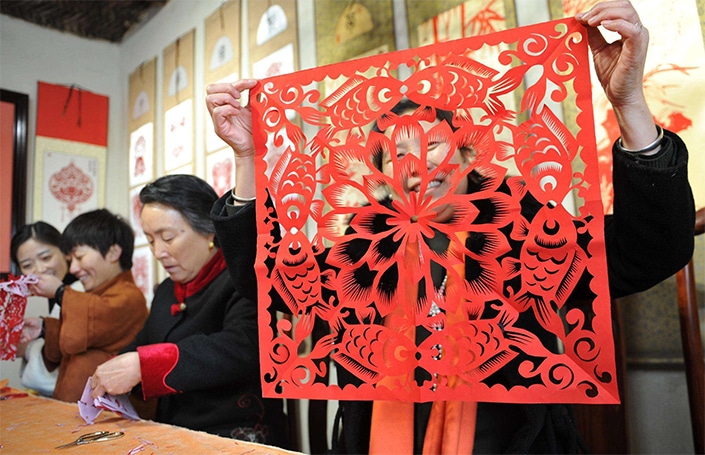 What foods are eaten during Chinese New Year?

Family is of central importance in traditional Chinese culture, and Spring Festival is generally a very family-oriented holiday. 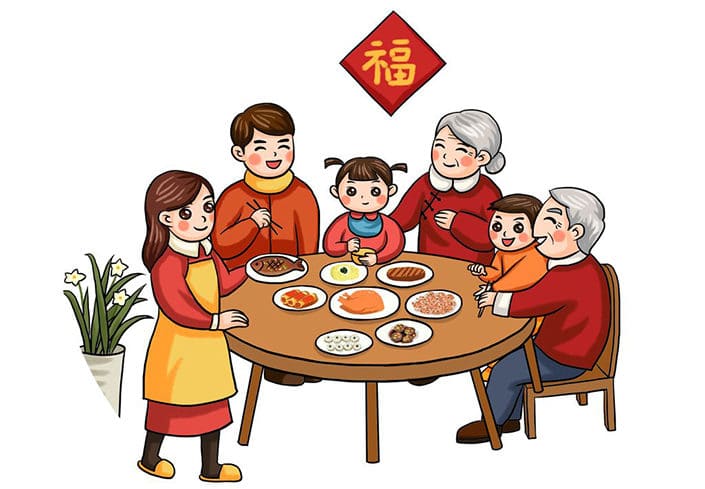 Though traditions can vary between northern and southern China, here are a few examples of common “auspicious foods” presented at reunion dinners:

As you may already know, the Chinese language includes many homophones (同音词 tóngyīncí), which results in many characters and words having the same pronunciation as one another.

In this instance, “fish” (鱼 yú) has the same pronunciation as “surplus” (余 yú). There is also a typical New Year greeting, 年年有余 (niánnián yǒuyú), which translates to “may you have a surplus (of blessings) every year”. Therefore, eating fish symbolizes an increase in prosperity.

Sticky rice cakes symbolize a prosperous year to come, as “cake” (糕 gāo) has the same pronunciation as “high/lofty” (高 gāo). This coincides with the greeting 年年高升 (niánniángāoshēng; “advance year after year”). Rice cakes are a must during Chinese New Year festivities!

How can you start spring without spring rolls? This delicacy was originally a seasonal food that was consumed only during the spring. Eating spring rolls is a way to welcome the arrival of spring, and their golden color also symbolizes wealth and prosperity.

Fruits are commonly enjoyed as desserts and snacks during Spring Festival celebrations. They symbolize life and new beginnings and are also a common new year gift.

Due to their resemblance to imperial coins (元宝 yuánbǎo), dumplings are representative of wealth and fortune.

“Longevity noodles” are a kind of flat Cantonese egg noodles which are usually consumed during special occasions (such as the Chinese New Year and birthdays).

As their name indicates, their long strings represent longevity and living to a ripe old age. The trick is to eat them in a single mouthful and not cut the noodles short!

The fifteenth and final day of the new year holiday is celebrated by the Lantern Festival (元宵节 Yuánxiāojié). During this time, it is common to eat a Chinese dessert called tāngyuán (汤圆), which consists of sweet glutinous rice balls filled with a variety of fillings such as sesame, peanut, and red bean paste. Their round shapes represent togetherness and reunion.

Would you like to wish a friend, colleague, or loved one Happy New Year in Chinese? Read on to learn this festive phrase and more!

Cultural note: In China, people often hold a fist salute or 抱拳礼 (bàoquánlǐ) when saying the below greetings. Remember that this method of greeting is mainly used during formal occasions, so we suggest to avoid using it during informal encounters!

Saying “Xīnnián Kuàilè” is the simplest and most straightforward way to wish your Chinese friends, family and colleagues a happy new year. Want to know how to pronounce it? Just watch the following video and repeat!

2. 恭喜发财 (gōngxǐfācái) – May you have a prosperous year!

In addition to 新年快乐 (Xīnnián Kuàilè), this is probably the most popular saying you’ll hear around the Chinese New Year. It has been the center of many 贺年歌曲 (hènián gēqǔ, Chinese New Year songs) and literally means “congratulations, make a fortune!”

Learn to sing along to the famous Chinese New Year song “恭喜” (gōngxǐ) in the following video.

大吉 (dàjí) is a noun meaning very auspicious or lucky. You can put any given year’s zodiac animal year before 大吉 and use it as a general new year greeting. You can also simply say 大吉大利 (dàjídàlì), which means “good luck and great prosperity.” 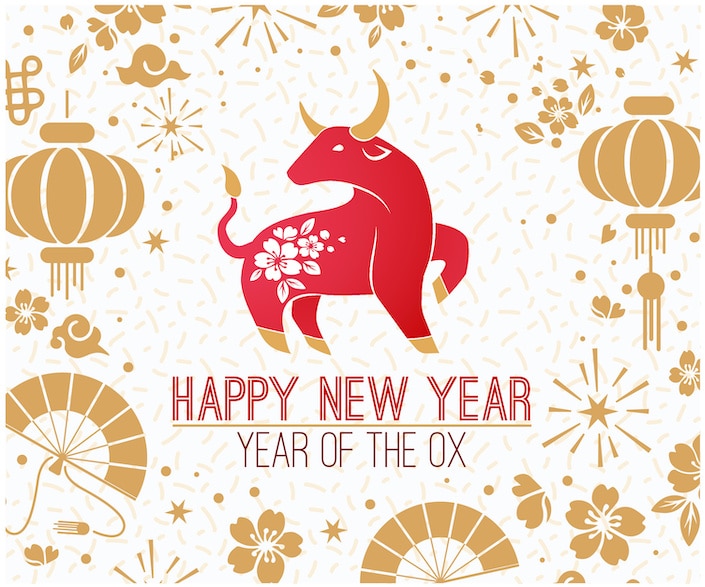 A fun things aspect of Chinese is wordplay based on 同音词 (tóngyīncí, homophones). A great example of this is 岁岁平安. Breaking things during the Chinese new year is a taboo in China as it is believed to bring bad luck resulting in money loss and a family split in the future.

If something does break, you can say “碎碎平安” (suìsuìpíngān) which sounds exactly the same as “岁岁平安” (suìsuìpíngān). “碎” means to break, whereas “岁” means age or year and is the character used in 岁岁平安. This is a very clever way to negate all that bad luck!

万 literally means “ten thousand” or “a great number.” When you say 万事如意 to your Chinese friends, you are literally wishing that all matters (万事, ten thousand matters/affairs) be according to his/her wishes (如意)。 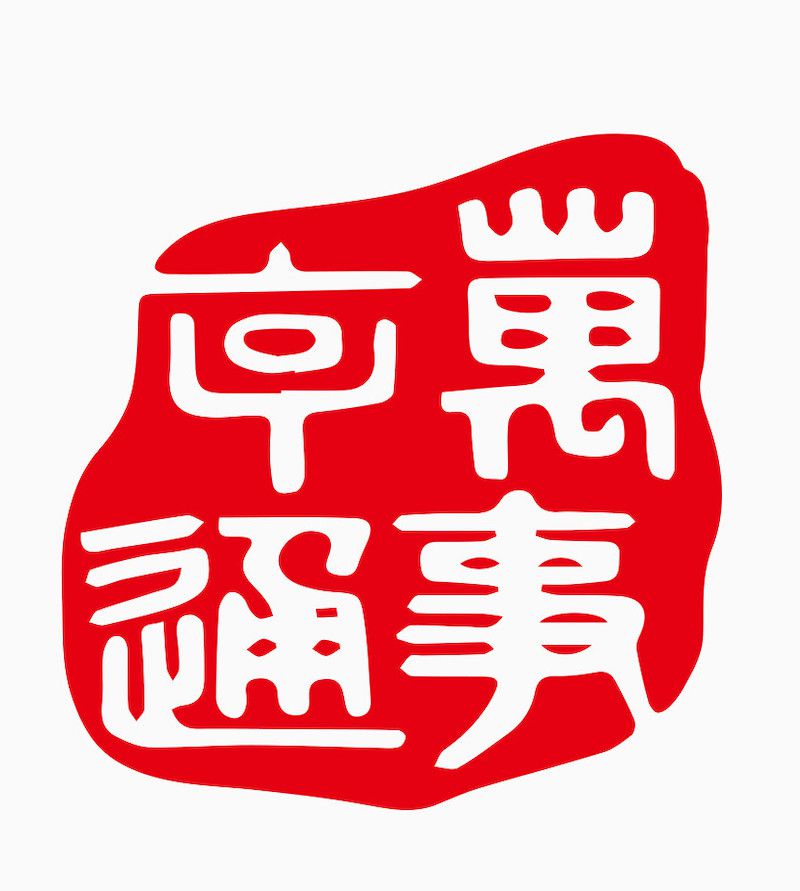 What are some taboos during Spring Festival?

All auspicious things aside, there are certain taboos that must be avoided during Chinese New Year:

Any type of “spring cleaning” must take place before the new year and never during the actual holiday. This allows the cleaned space to be filled with the new blessings and fortunes of the new year. Cleaning during the holiday consequently means that you are getting rid of these new fortunes!

2. No wearing black or white!

In Chinese color symbolism, black signifies evil and white is the color of death and used for funerals. Instead, auspicious colors such as red and gold are often worn during the new year.

发 fā (hair) is also the character and sound for 发财 fā cái (to get rich), so cutting hair signifies a loss of fortune. 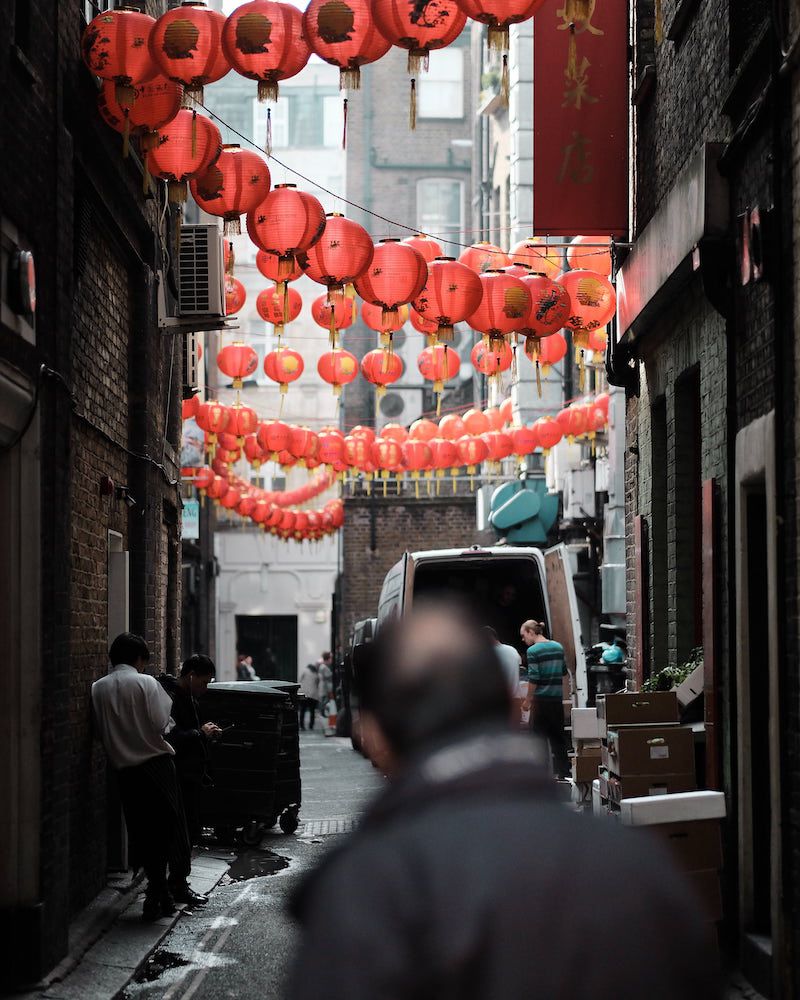 Why is it called the “Lunar” New Year?

The term “lunar” is an English adaptation, mainly because the holiday starts with the new moon, ends with the full moon 14 days later, and is thus based on the Chinese lunisolar calendar. The name of the holiday in Chinese, 春节 Chūnjié, literally translates to “Spring Festival”. 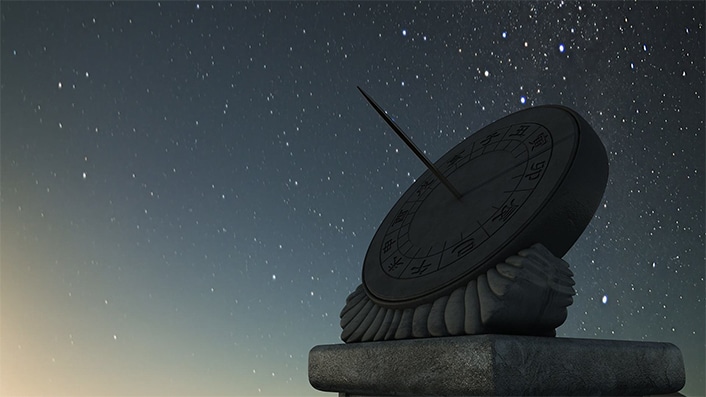 The Chinese New Year is also a time when the annual zodiac sign changes, meaning that each year is assigned to a specific zodiac animal. Zodiac signs play an integral role in Chinese culture. It is said that your luck regarding financial situations, health and relationships for each year can be calculated based on your zodiac sign.

To ask your Chinese friends and colleagues what their zodiac animal is, just say “你属什么？ (nǐ shǔ shénme?)”. 属 shǔ can mean “to belong to” or “to be born in the year of”. In China, it is common to be asked how old you are or what your 生肖 (shēngxiào, Chinese zodiac sign) is.

In response, you can say: 我属 (wǒ shǔ) + insert animal. For example: “我属牛” (Wǒ shǔ niú, I was born in the Year of the Ox). Consult CLI’s article on the 12 Chinese Zodiac Animals for an in-depth look at this cultural phenomena and to find out what your own zodiac sign is! 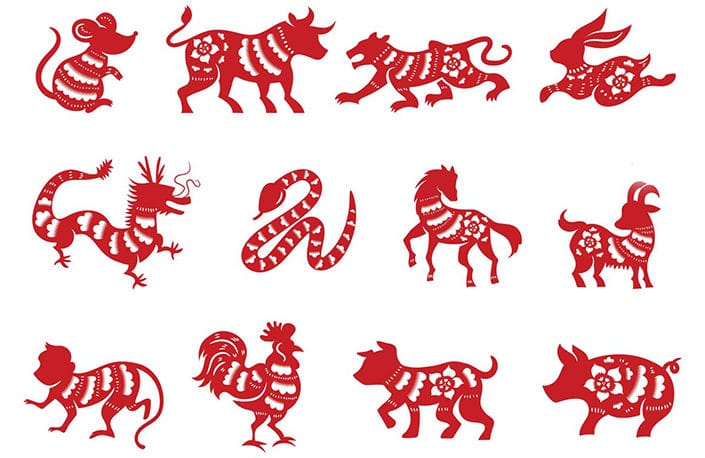 The Chinese New Year Through a Local’s Eyes

In our Spring Festival video, we invite you to peer into the life of a Guilin resident who walked the same arduous path traveled by so many in China from poverty to prosperity. Join Dayong, a CLI team member since 2009, as he converses with Uncle Ye (叶叔叔, Yè Shūshu) about how his quality of life has changed for the better over the decades.

While watching the video, follow along in this downloadable Chinese-English transcript for the Chinese characters, Chinese pinyin, and English translation.

Chinese Vocabulary for the Spring Festival 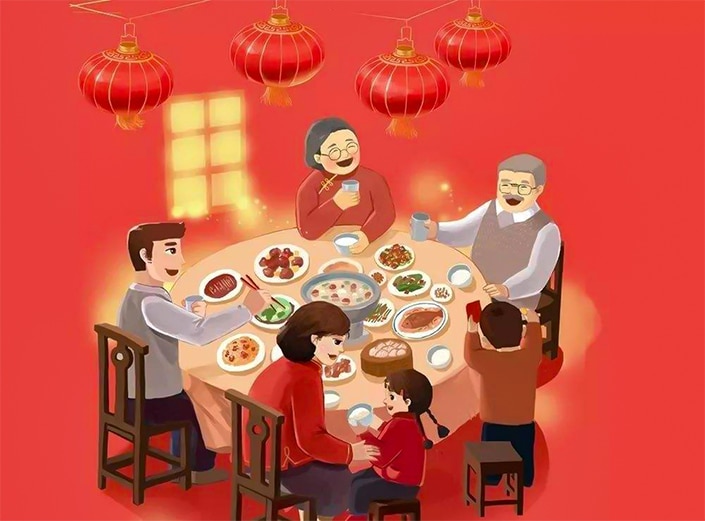 Join a Spring Festival Celebration and Practice Your Chinese

We hope this article helped you learn more about the Chinese New Year! It is truly a fun and festive holiday that is celebrated all across the world. Spring Festival is a time for family reunions, showing appreciation for one’s friends, and delicious feasts.

If you are in China during Spring Festival, we hope you’ll get to experience this important holiday for yourself by participating in some Chinese New Year activities with friends or colleagues. Keep in mind that many people will be traveling back and forth during this period as part of the famous Spring Festival travel rush (春运 chūnyùn). If you do plan to go anywhere during this period, especially by train, make sure to buy your tickets far in advance.

If you aren’t in China, we encourage you to seek out your local Chinese community, attend holiday events, and even volunteer to help prepare for the Chinese New Year festivities. This is a great way to learn more about Chinese culture and to immerse yourself in the Chinese language.

And now that you know some Chinese New Year greetings, it is time to put them to use! On behalf of the CLI team, we wish you a wonderful Chinese New Year and welcome you to learn Chinese in China. 祝大新年快乐，身体健康，万事如意 ！