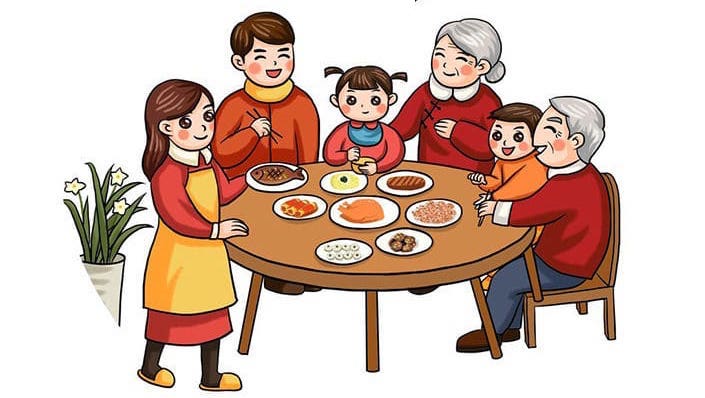 几乎 (jīhū) and 差不多 (chàbuduō) have similar meanings and are sometimes used in similar ways. Therefore, it’s common for students to struggle to tell them apart.

He sings very well, almost as well as a professional singer.

He sings very well, almost as well as a professional singer.

In the sentences above, 差不多 (chàbuduō) and 几乎 (jīhū) are interchangeable. They are both acting as adverbs meaning “almost.” Note that the meaning of the sentence stays the same no matter which is used.

It isn’t always possible to use these two words in the same way, though. For example, it’s OK to add a single syllable adjective directly after 差不多 (chàbùduō), but it’s not OK to do so directly after 几乎 (jīhū). If you want to use 几乎 (jīhū) followed by a single adjective, you must say 几乎一样 (jīhū yīyàng) instead of just 几乎 (jīhū).

This piece of clothing is nearly as expensive as that one.

This piece of clothing is nearly as expensive as that one.

Note that in the second of the two sentences above, 几乎 (jīhū) cannot stand alone. It must be paired with 一样 (yīyàng). Writing the sentence without 一样 (yīyàng) is incorrect. 差不多(chàbuduō), on the other hand, can stand alone here.

Another difference between these two words is that, unlike 几乎 (jīhū), 差不多 (chàbuduō) is also often used before words that express numbers or time. In this case, it also means “almost” or “nearly.”

It’s almost 7 o’clock, why aren’t you home yet?

When used as an adjective, 差不多 (chàbuduō) most commonly means “about the same” or “similar.”

These two tables are about the same size, so no matter which one we buy, it will fit.

Another difference is that 几乎 (jīhū) can be used to mean that something unwelcome or undesirable almost occured, but then didn’t in the end. 差不多 (chàbùduō) is not used in this way.

Let’s look at some examples to understand this special usage of 几乎 (jīhū):

“What are you looking at?” I almost yelled.

In this example, the speaker is using 几乎 (jīhū) to highlight how he almost yelled, but didn’t actually yell in the end. Yelling is somewhat undesirable, since it is impolite, so the use of 几乎 indicates that the speaker didn’t want to yell, was so annoyed that he almost did, but stopped himself from doing so in the end.

He wasn’t looking where he was going just now and so he almost tripped.

In the sentence above, the undesirable action that almost happened, but then didn’t, is tripping. The use of 几乎 (jīhū) indicates that “he” was about to trip, but was able to catch himself in time.

2. 从来 (cónglái)
adv. always; never (when used in the negative)

从来 (cónglái) is a useful Chinese adverb that by itself means “always.” It is also frequently used as part of a negative sentence with 不 (bù) or 没有 (méiyǒu). When used in this way, its meaning flips, becoming the opposite of always: never.

Let’s start with the positive meaning. If you want to use 从来 (cónglái) to mean “always,” use the following structure:

Note the addition of the word 都 (dōu; all) which helps emphasize that the situation being described has been the case all along.

In this sentence, 从来 (cónglái) is used in a straightforward way to indicate that the worker has always been a diligent worker.

Sometimes, you will hear people add 是 (shì) to this structure for emphasis, like so:

从来 (cónglái) is also frequently used in its negative form to mean “never” in the context of talking about things you never do or have never done. When used in this way, it’s necessary to add 不 (bù) or 没有 (méiyǒu) after 从来 (cónglái). This negative use of 从来 (cónglái) is perhaps even more common than the positive use.

Note that the meaning of 从来 (cónglái) changes slightly depending on whether it’s used with 不 (bù) or 没有 (méiyǒu). We use 从来不 (cóngláibù) to say that, as a rule, you currently never do something. To say that you have never done something in the past, on the other hand, we use the phrase 从来没有...过 (cónglái méiyǒu...guò).

Let’s first look at how to say that you never do something as a rule. When using 从来 (cónglái) in this way, employ the following structure:

In this case, use the following structure:

I have never heard this Chinese word before.

In the sentence above, the speaker is using the phrase 从来没有...过 (cónglái méiyǒu...guò) when discussing the fact that he has never had the experience of hearing a certain Chinese word in the past.

3. 出来 (chūlái)
result complement. to tell, to distinguish; to come up with, to figure out

出来 (chūlái) is a Chinese grammatical construction that is most commonly used in a literal sense to mean that something physically comes out of something else.

If you have achieved an HSK 4 level of Chinese, you’ve probably been using the literal form of 出来 (chūlái) for quite some time in sentences like 我从包里面拿出来了一把钥匙 (Wǒ cóng bāo lǐmian ná chūláile yī bǎ yàoshi; I took a bunch of keys out of the bag).

Instead of focusing on this more literal sense, however, this grammar point explores how to use 出来 (chūlái) in a metaphorical sense. When used this way, 出来 (chūlái) functions as a result complement. Like the more common result complements 到 (dào), 见 (jiàn) and 完 (wán), 出来 (chūlái) appears directly after the verb to describe its result.

Luckily, the more figurative meanings of 出来 (chūlái) are clearly related to its literal meaning of something physically coming out of something else. Instead of talking about two physical things, though, it’s used to refer to something less tangible, like a smell, taste, feeling, or answer that comes out of an action like smelling, touching, thinking or guessing.

Can you guess who gave us this gift?

Guessing is the action, and 出来 (chūlái) is being used in the figurative sense to talk about something (in this case, an answer) coming out of the action (guessing).

“What are you looking at?” I almost yelled.

In this case, the result complement 出来 (chūlái) is paired with the verb 叫 (jiào; to yell). The action being discussed is the act of yelling, while the thing that (almost) resulted from or “came out” of this action is the sound of the yell.

Begin quiz once you have completed the above reading.
6

HSK 2 | My Chinese Homestay Family
by The CLI Team
After a long flight, I finally arrived at the airport. As I began searching for my Chinese homestay family, I felt tired and also a little nervous. I didn’t know what to expect.
See All
✕

Learn Chinese with a live teacher. Sign up today!
Your Chinese teacher will call you on Zoom or Skype for your Chinese lesson.
Learn More Now
Try For Free