Each year, CLI partners with a select number of schools and associations worldwide to organize customizable study experiences throughout China. Learn more about joining a travel group or arranging a custom program of your own.

China’s importance in the world increases daily – and the importance of understanding China grows with it. Our keystone mission at CLI is to build bridges between China and the rest of the world, and our China Seminars are one of the many ways we achieve this.

Each year, CLI partners with schools from around the world to create and host unforgettable short- and long-term study excursions in China for students of all ages.

At CLI, we believe language is an essential key to truly understanding a culture, yet language learning must be paired with a comprehensive, on-the-ground understanding of the country in question.

CLI’s China Seminars help students understand China by taking them to little-known countryside villages that have only been introduced to modern amenities within the past 20 years, to world-renowned natural landscapes that over the course of centuries have come to symbolize China, and to China’s global metropolises complete with towering skyscrapers, high speed bullet trains, a dazzling array of city lights, and some of the highest GDPs in the world.

CLI has been partnering with schools around the world to lead students and faculty on China Seminars for the last six years. We have developed an extensive network throughout China, and our vast resources allow us to help students understand China from virtually any academic perspective.

One of our most commonly requested China Seminar themes is international business. We have introduced students to a variety of leading businesses in China, including Amazon China, MTV China, and Club Med China, to name just a few, as well as dozens of small and medium sized companies and factories in every industry from manufacturing to software to education.

CLI’s core philosophy of paying close attention to individual needs carries into the way we create and lead our China Seminars. We never start with cookie-cutter templates – we start with an in-depth conversation with the faculty leader so we can understand the needs and interests of the students we’ll be working with.

For the well-seasoned sinologists: You think it; we make it happen. For first-time travelers to China: Our team of China experts is ready to guide you along the path to creating your China Seminar.

CLI has extensive professional, academic, and logistical resources across all of China, and particularly in key cities of interest.

While CLI is equipped to lead students to virtually any part of China, our Seminars most frequently take students to Beijing, Xi’an, Shanghai, Dali, Hong Kong, and Guilin – some of the most historically and culturally rich cities in China.

As the birthplace of CLI, Guilin is where our roots run deepest. It is the center of our community engagement and the headquarters of our language-learning resources.

With broad-based connections throughout dozens of cities across China and a deep academic and professional knowledge of the country’s inner-workings, CLI has a unique ability to create educational curricula and professional interactions for any audience.

Over the past six years, CLI has drawn on its extensive China network to organize academic and professional discussions and lectures with representatives from major Chinese corporations, government bureaus, and other key entities in China including:

CLI also regularly organizes lectures, meetings, seminars, and other talks, events, and activities at universities and government bureaus throughout China, as well as cross-cultural interaction and learning at every level.

Ultimately, it is the interests of our students and the vision of our faculty leaders that guide CLI’s capabilities.

The first step in creating your China Seminar is to contact CLI to chat about possibilities. You’ll then be put in touch with one of our Program Managers to start a conversation about your background and the interests and needs of your students.

Once we understand the components that need to be considered in creating your unique China experience, we’ll work with you to start visualizing your custom travel seminar.

Questions are the key to creating the perfect China experience for you and your students. Each China Seminar starts with the following questions:

Some of our partners have a very clear idea of how they would like to structure their China Seminar. Others don’t. Whatever your starting point, the CLI Team will support you every step of the way, from planning to execution, and we’ll make sure your experience turns out exactly how you envision it.

Once we have a clear picture of your interests and background, we’ll start working with you to design your unique itinerary.

We remain attentive to your thoughts and feedback throughout this process, and we never finalize an itinerary without additional email and Skype exchanges to make sure it meets all of your needs and expectations.

Once we’ve finalized your itinerary, we’ll send you your comprehensive pre-departure things to do list (example). This will be your road map for taking the steps necessary to ensure all the proper pieces are in place before your trip to China.

From creating communication materials to assisting with visas to organizing and booking your international flights and in-country travel logistics, we cover all the bases so you can focus on what’s most important: communicating with your students and preparing them academically for their upcoming China experience.

With your finalized China Seminar itinerary and custom Pre-Departure Checklist, you’ll be ready to make sure you have your desired number of students on board.

CLI provides complimentary assistance with communication by designing posters and pamphlets that will help you share your China Seminar information with the right students.

“Traveling with CLI was perhaps one of the most unique and unforgettable experiences I have ever had. My trip was enriched so much by the vast array of experiences I had as a result of CLI’s connections.”

Staying true to the CLI philosophy of customizing our programs to suit the individual needs and interests of each individual we work with, we don’t use cookie-cutter templates to create our China Seminars.

Based on your vision for your travel seminar and CLI's extensive resources, your groups's itinerary will be completely unique, and thus can start and end on any dates of your choosing.

Fees Custom to Each Proposal

The per participant program fee for CLI’s China Seminars is based on a multitude of factors, including program length, number of participants, extent of domestic ground and air travel, choice of hotels, number of cities to visit, and types of activities, to name a few.

We work closely with our faculty leaders to make sure program fees always fall within the desired budget. Contact us to create your itinerary proposal and program fee.

Planning and executing the logistics that underlie educational programs in China can be time-consuming and tedious, especially given language barriers and China’s relatively underdeveloped service industry.

CLI believes that a faculty leader’s full attention should be free from unnecessary distraction. An educator’s skill set should instead be focused on what truly counts: maximizing the learning aspects of each student’s China experience.

As a result, from the moment you land in China until the moment you get on your flight home, we make sure the full cost of all in-country travel logistics is completely covered as part of your program fee.

We’ll even help you avoid processing and service fees on your round-trip international airfare by giving you the option of purchasing international group airfare through CLI as a free courtesy.

Reaching your desired student enrollment for your China Seminar allows for a more dynamic student experience as well as additional cushion in your budget.

CLI helps you meet enrollment targets by providing enrollment support in the form of communication assistance.

We’ll help you design posters and pamphlets so you can easily share information about your program with the right students, and we’ll assist each student through the enrollment process to completion with our Comprehensive Pre-departure materials.

In order to allow educators to focus their full attention on maximizing the learning aspects of each student’s China experience, CLI takes all the legwork out of in-country logistics.

From booking accommodations and activities to making restaurant reservations, we’ve got it all covered.

Your program fee includes but is not limited to:

CLI has a strong network in China that includes the country’s most reputable medical facilities.

Our contingency plans equip us to handle any eventuality, anywhere in the country, and CLI’s international staff is available 24/7 to provide China Seminar participants with emergency assistance for the full duration of your program. 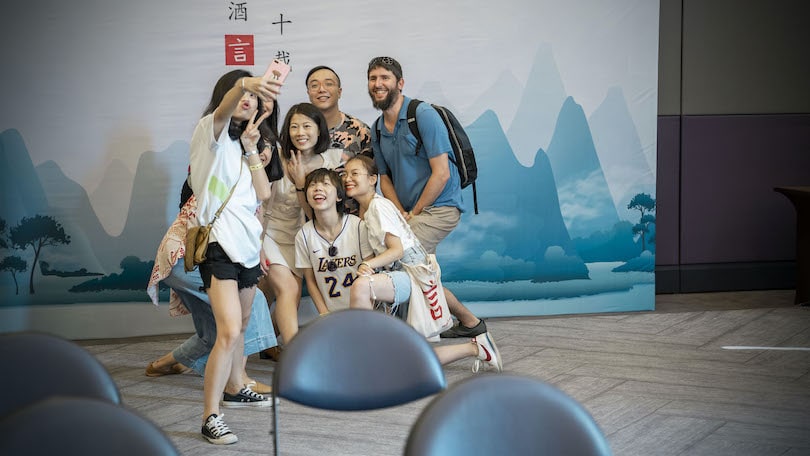