CLI was founded in Guilin, China in 2009 by two American brothers. Now in 2023, we remain as focused on our core mission as we did on Day One—we aim to foster China’s best and most effective Chinese language learning environment.

CLI was founded in 2009 by brothers Robert and Bradford Fried. Drawing on a combined 20 years of experience in China, they created an educational model that provides students a unique path to learning Chinese and understanding the PRC through a high degree of customization and complete immersion within the language learning environment.

One of CLI’s most valued assets is its community of local and international educators. When applying to CLI, many students first meet Nancy Fried, a world traveler who knows what it’s like to prepare others for their adventure abroad. Nancy first helped facilitate study abroad experiences in 2001 and again in 2007 when her sons Bradford and Robert, respectively, embarked on life-changing journeys to southern China. When the brothers co-founded CLI, Nancy was a natural fit for Director of Enrollment. She now shares admissions responsibilities with an equally dedicated team member, Tania Yeromiyan.

You may also meet Jeff, the second of the three Fried brothers, who spends part of each year at CLI working on a range of visual media projects. Jeff has been bringing his decade-plus professional photography, filmography, and creative experience to CLI since the day the organization was brought to life.

At the core of CLI’s success is our team of Chinese educators who share Chinese language and culture with students from around the world each and every day. We are dedicated to ensuring the best possible learning experience for every student who studies at CLI.

CLI is a true community effort, and the open and welcoming learning environment we’ve developed in Guilin is here to offer you the best possible path to Chinese fluency. We welcome you to study with CLI in Guilin!

Since its inception, CLI has hosted more than 2,500 students from over 45 countries and 300 universities, including Harvard, Yale, Oxford, and many more.

CLI has been featured in The Washington Post, the China Daily, and educational journals across the country, and now occupies its own 5-story learning center in the beautiful southern city of Guilin. For nearly a decade, Frommer’s Travel Guide has recommended CLI as one of the top Chinese programs in China.

Each of CLI’s directors is deeply passionate and knowledgeable about China and the Chinese language.

Robert has studied and lived in China since 2007, speaks Mandarin fluently, and holds a joint MA/MBA masters degree with a focus in China Studies from the University of Pennsylvania’s Wharton School and Lauder Institute. In 2009, while studying advanced Mandarin at Tsinghua University, the idea for CLI was born and Robert and his brother Bradford began introducing much needed innovations to the Chinese language learning space.

Bradford, Robert’s older brother, lived and worked as an educator in China from 2004 to 2016. In addition to co-founding CLI, Bradford was Director of International Staff at Guangxi Normal University from 2013 to 2016 and holds a master’s degree in teaching Chinese as a foreign language. As of this writing in November 2020, Bradford is pursuing a PhD in Education at the University of California, Santa Barbara, where his focus is on applied linguistics and cognitive science.

Echo Zhan, CLI’s Managing Director, has been a member of the team since January 2010. She holds a BA and MA in Chinese Literature from Guangxi Normal University, CLI’s long-time university affiliate. Echo played a major role in developing CLI’s various educational programs as Head of Teaching Staff from 2012 to 2014, at which point she took over as director of CLI’s day-to-day activities. Her dedication, guidance and tireless contribution have enabled CLI to grow into the leading organization that it is today.

Please take a moment to visit the CLI Team page to learn more.

Guilin was chosen as the home of CLI for a multitude of reasons – it’s warm; it’s small and simple to navigate, with a population of just under one million; local residents are friendly and engaging; local cuisine is excellent; and the list goes on.

Perhaps the most important reason Guilin was chosen as CLI’s home is the beauty and cultural richness of the city. In China, Guilin has been famous for its natural beauty for over a thousand years. Arriving in Guilin feels like journeying into a traditional Chinese ink painting. It’s impossible to accurately describe Guilin’s otherworldly mountain landscape with words – its scenery is one which must be seen.

Bradford first came to Guilin in 2001 and quickly fell in love with the city. Robert visited his brother three years later and the magic of the area left an equally profound impression on him. When the brothers decided to establish a Chinese language organization in China, the question of where they would build their language school had a clear and simple answer. Since that moment, they have dedicated themselves to building the best Chinese language school in China. 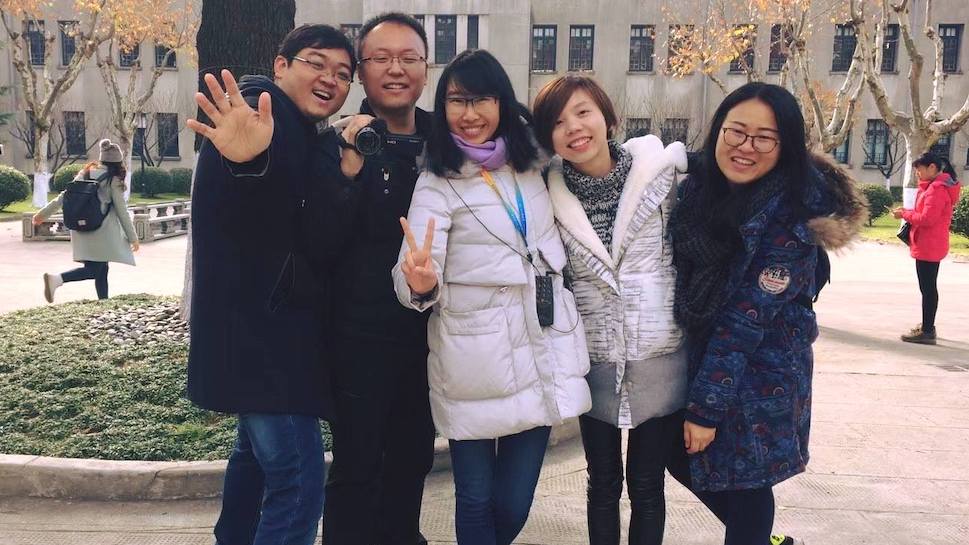