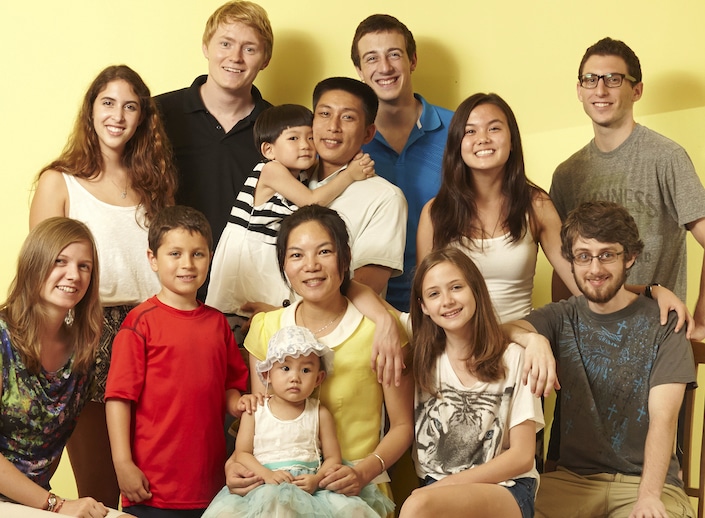 1. 过 (guò)
aspect particle. ever; before; have never (when used in the past)

You may have heard that there are no verb conjugations in Chinese. If that’s the case, then, how do you use Mandarin to talk about things that happened in the past? The aspect particle 过 (guò) is one part of the answer to this question.

过 (guo) is used to talk about something that you have done or experienced before. To use it, employ the following structure:

I’ve been to France before.

While the English sentence above contains the conjugated verbs “have” and “been” as well as the word “before,” all these different elements are not necessary in Chinese. 过 (guo) serves the same purpose as all three of these English words combined.

过 (guo) is also frequently used as part of a question. It’s a handy word to use if you want to know whether or not someone has ever done something before.

Have you ever eaten Chinese food before?

In the question above, 过 (guo) is used to ask whether you’ve ever had the experience of eating Chinese food.

Let’s say, for the sake of argument, that you’ve never eaten Chinese food. Well then, you’ll need to know how to use 过 (guo) in the negative. To do so, make use of the following structure:

In the sentence above, 过 (guo) can be translated as “never” and is used to explain that the speaker has never had the experience in question, namely, eating Chinese food.

I have never left home before.

In the sentence above, 过 (guo) is used to explain that the speaker has never had the experience of leaving home before.

Chances are that you already know that there are two words that are used to negate a sentence in Mandarin: 没 (méi) and 不 (bù). Note that when talking in the negative about past experiences with 过 (guo), you should always use 没 (méi), not 不 (bù). The two are not interchangeable.

虽然...但是 (suīrán…dànshì) is a very useful and common grammatical pattern in Mandarin Chinese. It is similar to “although” or “even though” in English.

Like in English, it is generally used as part of sentences made up of at least two clauses in which the first clause introduces a situation and the second clause expresses something that is somehow contradictory to or seemingly in conflict with the first clause.

When writing sentences with the word “although” in English, the second clause does not need to begin with “but.” In Chinese, however, the second clause in sentences that feature 虽然 (suīrán) must be introduced with 但是 (dànshì; but). It’s important to pay attention to this major difference between English and Chinese.

Let’s look at an example to learn how to use 虽然...但是 (suīrán…dànshì) in a sentence:

Even though Mrs. Zhao was very nice, I still felt nervous.

In the next clause, 但是 (dànshì) is used to introduce a fact that is somewhat contradictory to the situation presented in the first clause. Normally, we would expect a nice person to make others feel at ease, but in this case, the speaker still feels nervous in spite of Mrs. Zhao’s niceness.

Although she’s very young, she already has her own company.

When used with verbs, degree complements represent a way to talk about the quality of the action that the verbs describe. They are also used to describe how well or how poorly the actions expressed by the verbs were done.

When used after a verb, degree complements follow this pattern:

Beginning students may assume that 得 (de) itself is the degree complement, but this is not the case. In fact, 得 (de) is what is called a structural particle, and it has several different grammatical functions in Chinese. Linking verbs with their degree complements is just one of these functions.

So what are degree complements? Usually, they are descriptive phrases most commonly made up of both an adverb and an adjective.

Here is a list of some commonly-seen degree complements:

Let’s look at a simple example to see how to use these phrases:

You did very well.

In the sentence above, 你 (nǐ; you) is the subject. 很好 (hěn hǎo; very good) is the degree complement, and it tells us how well the subject did the action described by the verb 做 (zuò; to do).

The particle 得 (de) connects the verb and the degree complement 很好 (hěn hǎo), letting us know that the person in the sentence did something very well.

The same pattern can be seen in the following example:

This article is very well written.

The examples above are relatively straightforward, but things get trickier if you try to include an object in your sentence along with your degree complement. This is because it is not OK for both an object and a degree complement to come after a verb in Chinese.

For example, let’s say we want to say that someone speaks English well. We can say the sentence in two different ways:

In the two examples above, 英文 (Yīngwén) is the object. In English, we would normally place the object after the verb “speak,” as in “You speak English very well.” In Chinese, however, only 得 (dé) and the degree complement can come after the verb, so the object must be moved to the front using one of our aforementioned grammatical strategies.

As you continue to learn Chinese, you will find that there are some verbs, called separable verbs, which are made up of both a verb part and an object part. Some verbs that you may have already learned, such as 睡觉 (shuìjiào; to sleep), actually fall into this special category.

Don’t worry too much about the ins and outs of these special verbs right now since you will learn more about them later. All you need to know at the moment is that, confusingly for some beginners, the verb part of these separable verbs also repeats when used with degree complements.

I get up early.

In this example, the 起 (qǐ) part of the separable verb 起床 (qǐchuáng; to get up; to get out of bed) repeats in order to ensure that 床 (chuáng), the object part of the verb, does not come after the verb in the sentence.

Begin quiz once you have completed the above reading.
9

Learn Chinese in China and join the CLI community!
Based in scenic Guilin, China, CLI is a leading center for Chinese language and cultural studies.
Learn Online
Study in China