CLI’s Student Spotlight series provides insight into the thoughts and experiences of current CLI students. From food to language study to best local attractions, Student Spotlight gets the inside scoop directly from students on the ground. 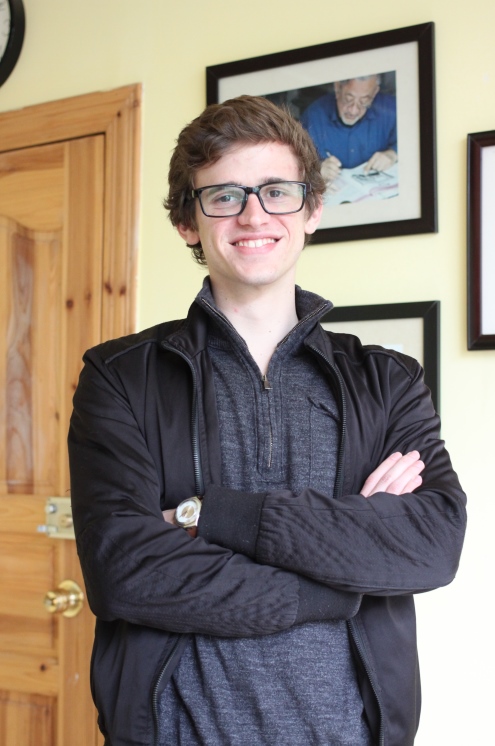 Length of Study at CLI: 6.5 months

Q: How long have you studied Chinese? What sparked your interest in China and the Chinese language?

A: There is a very popular Chinese food restaurant in New Haven that my suitemates and I would often go to. We would never leave without asking for “fortune cookies” (which, of course, I haven’t seen once since I arrived in China). Every time after having dinner at that Chinese restaurant, it became a funny ritual to read the pinyin aloud to one of our suitemates, James, who speaks Chinese. Whoever could read the pinyin out loud and have James understand, won. But, that’s about all the Chinese experience I brought with me to Guilin six and a half months ago. I have learned other languages before, so I have a general interest in languages. I had always wanted to take a gap year to do something that I know I would never be able to do again, pause life for a year and dedicate myself to something very specific, Chinese! For the last six and a half months, my life has been in tones and characters, and I love it!

Q:  What’s your favorite place to eat in Guilin? What do you usually order there?

A: There are lots of good places to eat in Guilin, but the place I have been to the most is the Lanzhou hand-pulled noodle restaurant on the Cultural Walking Street (Lanzhou is in the west of China and its cuisine has strong Muslim influence). It’s the perfect distance away from CLI, the 10 minutes there are a great warm-up to a perfect bowl of noodles, and the 10 minutes back are great for digestion. If I take my scooter, it’s only a few minutes away, and I can even get carryout when I’m in a hurry! Every time I order the same dish: fried egg, tomato, and green pepper noodles. The place is magical. The smells of western Chinese spices linger in the air, and just as you sit down, there is a small bowl of delicious broth waiting for you. The noodles are the perfect consistency. The shop owners’ accent is fascinating. He is a reminder of how big and complex China is, and how far away some people’s families are from one another. Throughout your meal you can hear the loud thumping of the noodles being stretched in the kitchen. I’m proud to say that the 老板 (Laoban: Shop owner) doesn’t ask for my order anymore!

Q: What do you think is the most important thing for a student to remember when studying Chinese?

A: The most important thing to remember when studying Chinese is that even though it may seem Chinese is a difficult language and at times even impractical, it is the language with the most native speakers in the world (twice the number of native Spanish speakers, and three times the number of native English speakers). There is much sense and logic to the language, and when you think there is not, you need only look at the traditional character. Every character is like a 3-D puzzle with meaning, sound, and image. The sooner you learn to recognize separate elements in a character and their associations to specific sounds or meanings, the faster you will absorb new words and learn to recognize and write them. Chinese logic is very different from western logic, but also incredibly straightforward. The learning curve becomes steeper as you learn more characters. So, remember: write characters, write more characters, and then write even more!

Q: What is your favorite Chinese word or expression?

Q: What is your favorite thing to do in Guilin after class?

A: My favorite thing to do after class is hike a secret trail into Seven Star Park, and if I’m lucky, see some monkeys in the process. The park is Guilin’s biggest and has everything. In case you’re not familiar with the Chinese concept of everything, here is a short list of some of the things you can find inside: an expo of huge Transformer statues, a Buddhist temple, a paintball court, a beautiful mural, pandas, climbing walls, and of course, old women elegantly dancing and/or doing tai-chi. After the short hike into the park, there are many things to do, however, I always end up doing the same thing: climb to the park’s highest viewing point and listen to music while looking at Guilin’s breathtaking landscape.