Standards of Beauty in China

Standards of beauty are ever-changing across cultures. While some beauty standards have remained consistent in China since ancient times, others have recently evolved.

Want to know more about what Chinese people consider beautiful these days? In this article, we delve into the world of plastic surgery and skincare, learn about different “face types” and explore (often unhealthy) ideas about body image in China. 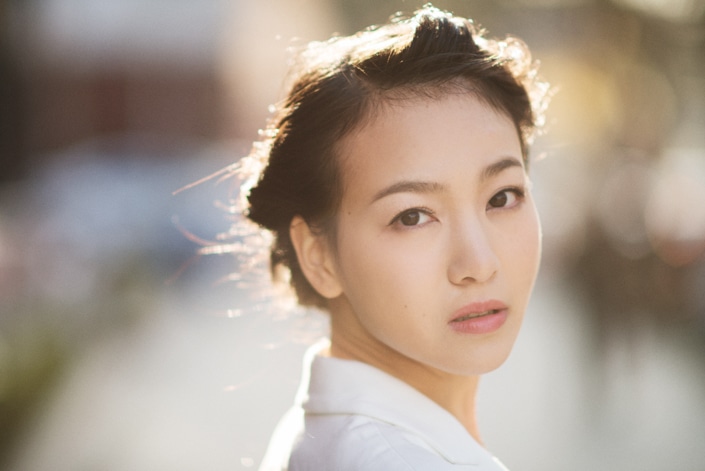 The faces of beauty

Big eyes, a “tall” nose, a small frame, and of course, a fair complexion. Whether it’s for a man or woman, these are the most important factors when it comes to Chinese beauty standards.

Throughout history, a small face with a pointy chin has been the mark of beauty for most Chinese women. Today, these features have been further categorized into different types of faces, some of which are considered less than ideal.

The following are some of the main “face types” as defined by Chinese netizens:

Perhaps the most loved of all the Chinese face types, the “first love face” represents purity and innocence.

The overall face shape is still like an egg or melon seed, but the focus is on having a “girl next door” look. This means having large almond-shaped eyes, double eyelids that are not too wide, wild thick eyebrows, tender lips, and a youthful and childlike appearance. People with this face type are discouraged from wearing heavy makeup.

A good example of celebrities who are considered to have this type of face are Tan Songyun (谭松韵) and Mao Xiaotong (毛晓彤).

Although the image of a catfish might not really conjure up images of attractive people, it is considered the most alluring of all the different face types. This type of face consists of a large mouth, thicker lips, a wide distance between the eyes and a more “collapsed” nose.

Although these features are considered “shortcomings” according to the general standards of beauty in China, the overall combination is considered extremely classy and sultry.

Celebrities who have this face type are Shu Qi (舒淇) and Ni Ni (倪妮).

As the name suggests, the fox face consists of various “foxy” attributes. Foxy eyes, an “M” shaped upper lip, and a sharper and more angular curve to the mouth and eyes. The eyebrows and the eyes are almost obliquely parallel and slightly pointed.

Good examples of celebrities who are considered to have this type of face are Fan Bingbing (范冰冰) and Jenny Zhang (张嘉倪). 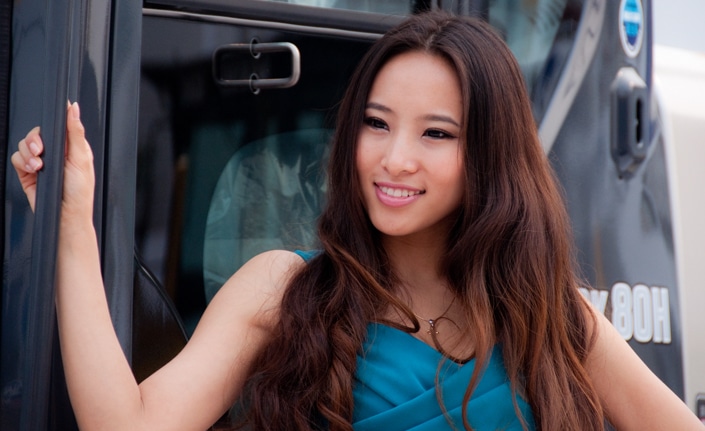 The “fox face” is just one of the many different face types recognized by Chinese netizens.

Also sometimes referred to as a melon seed face (瓜子脸, guāzǐliǎn), this is the traditional symbol of beauty in China. It’s a small face, with a soft but slightly pointy chin paired with slightly rounded cheekbones with soft lines. The facial curve is oval, and fuller, very much like a melon seed or egg.

Frog face is generally relegated to the not-so-attractive category. But luckily, some view it as “cute” and find what are often said to be its negative traits endearing.

The hallmarks of a “frog face” are big protruding eyes, wide double eyelids, a big mouth and a short chin.

As you might have guessed from the name, this type of face is considered very unattractive. It consists of a very large chin that curves out, and a flatter nose.

In China, large chins are generally considered unattractive, so chin shaving surgery is a popular option (more on that later).

However, some netizens say that the side profile of this face shape looks like a crescent moon, making it somewhat cute and endearing in its own way.

White skin has long been a symbol of beauty in China and in many other Asian countries. Walk down the streets of China on a sunny day and you will see women (and men) carrying an umbrella to shield themselves from the sun. Tanning is not a trend in China and the whiter your skin, the better. 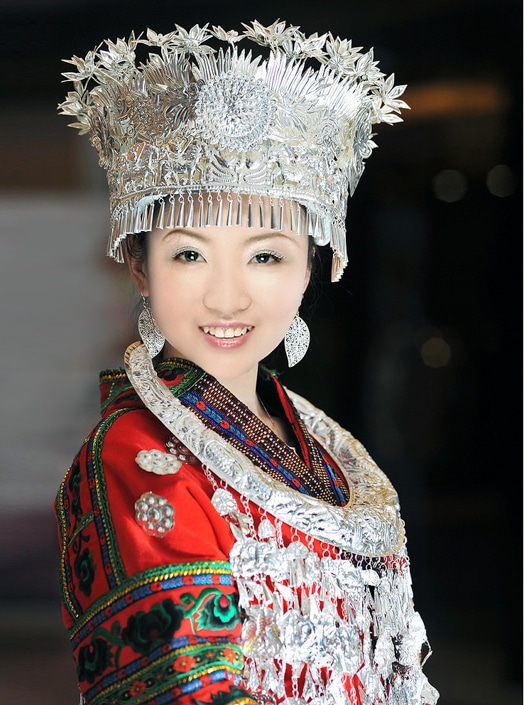 In China, white skin is a desirable physical trait.

Good skin in general is considered extremely important, and demand for it has created a boom in the Chinese skincare industry. The majority of Chinese consumers tend to favor foreign brands, especially those from South Korea and Japan.

The influence of the Korean 10 step skincare routine has resulted in the rise of all sorts of expensive skincare products such as sheet masks, toners, serums, essences, and whitening and brightening creams.

Move over Niki Minaj and Kim Kardashian! Big butts and thick thighs are not considered ideal in China. In fact, when it comes to body shape, the majority of Chinese women aspire to be very thin and dainty.

Long thin legs and a small waist are all the rage and over the years, netizens have engaged in a few bizarre (and arguably unhealthy) viral challenges to demonstrate the measurements needed for attaining the ideal level of thinness. Here are a few:

How many coins can you rest on your collarbone? The more, the better, according to the collarbone challenge that emerged on Weibo in 2015. In theory, the thinner you are, the more pronounced your collarbone is. To demonstrate this, women began posting pictures all over Weibo showing themselves balancing stacks of coins on their collarbones.

Many netizens engaged in various spin-offs of the challenge in an effort to point out how ridiculous it was, since in reality how prominent one’s collarbones are doesn’t necessarily equate with one’s fitness or health. Soon, pictures emerged online of people balancing chocolates, phones and even beer cans on their collarbones.

This challenge involved taking a photo with an A4 piece of paper. If the piece of paper can cover your waist, then it means you’re slim and therefore have an ideal body type.

In order to pass the iPhone leg or the “苹果腿” (píngguǒ tuǐ, apple leg) challenge, you must be able to cover the width of both knees with an iPhone 6 (unfortunately the plus models don’t count… neither does an iPad). Otherwise, your legs are not as slim as they could be.

The concept is pretty much the same as the A4 paper challenge. Can you wrap your arm behind your back and reach your belly button? If yes, congratulations! This means you have a good figure and have cracked the code of eternal beauty!

All jokes aside, these challenges have been heavily criticized (especially by western media), and accused of being a type of body shaming that could promote unhealthy eating habits and body dysmorphia.

The existence of various Internet beauty challenges may cause psychological problems among women who feel pressured to live up to impossible ideals of physical attractiveness.

The rise of cosmetic surgery

It is estimated that as of 2018, the Chinese plastic surgery market is worth 495 billion CNY (around 70 billion USD). With more money to spend than ever before, more and more Chinese women (and men) are opting to have plastic surgery.

Although the reasons can very, the gradual rise in cosmetic surgery procedures in China is largely due to the following factors:

South Korea and the K-pop influence

South Korea has the highest rate of plastic surgeries per capita in the world, and the influence of Korean culture has played a significant role in increasing plastic surgeries in China. It has also helped define beauty standards all over East Asia.

Increasingly, jobs include taking photos as part of the interview process. In China, it is also not uncommon to include photos in your resume. It’s widely acknowledged that many employers openly discriminate based on looks (as well as gender and age).

One of the best ways to increase your job prospects and advance your career is to look better, and so plastic surgery procedures are often seen as investments rather than superficial wastes of money.

Looking better also means having better options in the dating pool, with the possibility of marrying someone more financially successful or better looking. 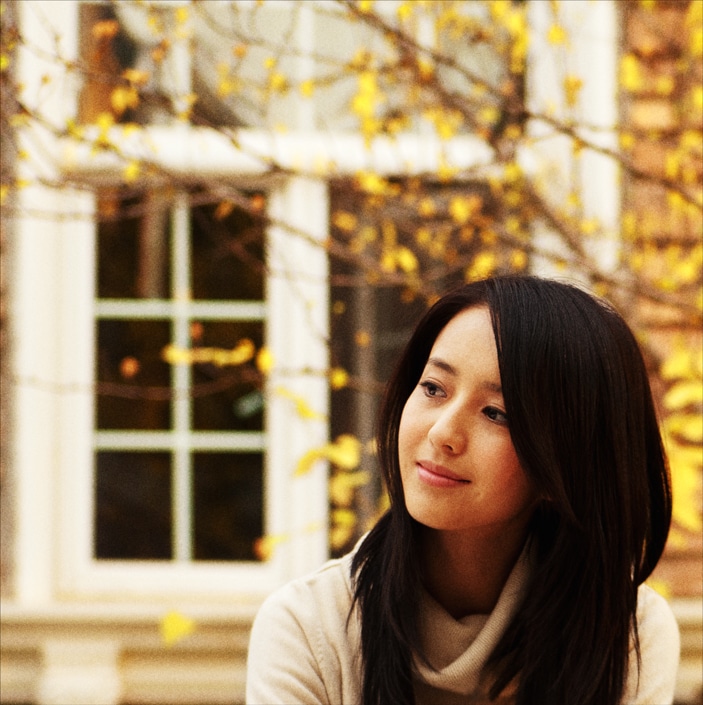 Many Chinese women feel that living up to cultural standards for physical beauty can help them get ahead.

In the west, Instagram and photo editing apps such as FaceTune receive a lot of criticism for promoting unattainable beauty standards since they show a fake and distorted version of what people actually look like. The same is true for Chinese social media platforms.

As a result of the rise of “beauty apps” such as Meitu (美图, měitú), Pitu (天天P图, tiāntiān P tú), and Camera 360 (相机 360, xiàngjī 360), it’s almost impossible to see an unfiltered photo on the Chinese internet.

Many filters adhere to the beauty standards already discussed: they automatically make your eyes bigger, your face slimmer with a pointier chin, and your skin whiter.

What about the men?

Although they are slightly different, the standards of beauty in China for men are still almost the same as for women. White skin, a high bridged nose, big eyes and good height are the most desirable traits.

Good skin is also considered incredibly important for men. In fact, the male skincare industry in China is huge, with an estimated worth of around 16 billion CNY (2.5 billion USD). Over the last decade there has been an almost 20% increase in terms of sales volume for male skincare products.

Again, there is a strong South Korean influence at play, with Korean men being much more open about using skincare and makeup products.

The future of beauty

As technology continues to advance, more and more “beauty apps” are expected to saturate the app market. We are all exposed to largely unattainable ideals of physical beauty on a daily basis, and this constant exposure changes our perceptions of beauty on a profound level.

China’s selfie culture and rising middle class combined with a strong desire to fit the beauty mold have all contributed to the exponential growth of the Chinese cosmetic industry in recent years. 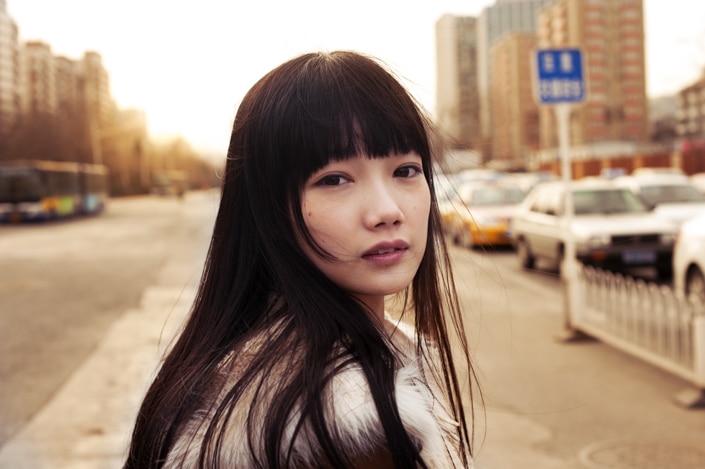 Beauty is big business in China.

Some beauty ideals stay the same for years, while others are constantly changing. Pursuing many if not most of these (frequently unrealistic) beauty standards isn’t particularly healthy, but knowing something about them can help you in your quest to better understand Chinese culture.

If you’d like to learn more about modern Chinese culture, check out our articles on Chinese songs you can listen to and Chinese TV shows you can watch to improve not only your cultural fluency, but also your Mandarin language skills!