Chinese society is often thought of as being somewhat homogenous, but in reality it’s actually quite diverse. From ancient times to the present day, there have been big differences between urban and rural and northern and southern China, as well as between the members of China’s many different ethnic groups. Understanding these differences is key to understanding modern China.

One of the biggest contrasts in modern Chinese society is the difference between the cities and the countryside.

In the past, most Chinese people made a living as farmers. Despite having some of the largest cities in the pre-modern world, China was predominantly an agricultural society for much of its history.

Throughout much of the 20th century, China was also a largely rural society, and some scholars, such as renowned Chinese anthropologist and sociologist Fei Xiaotong (费孝通 Fèi Xiàotōng), argue that this fact plays an important part in shaping many aspects of Chinese culture and society (社会 shèhuì) to this day. 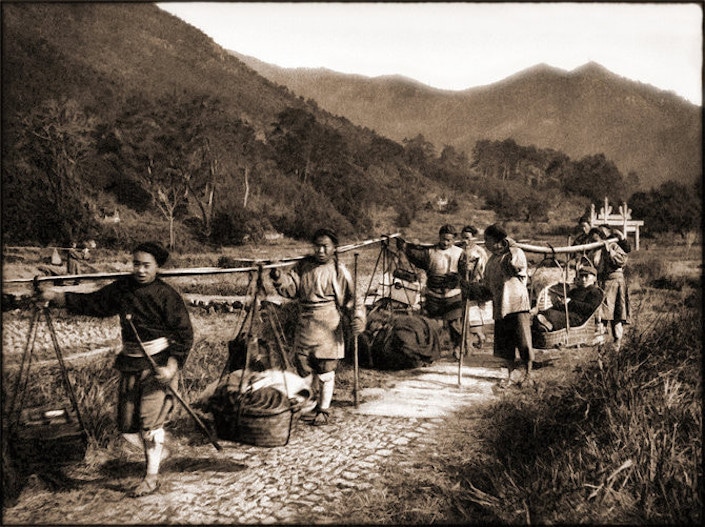 For much of its long history, China was a primarily agrarian society

Moving between countryside and city in China

In ancient times, there was some movement between urban and rural areas in China among traders, soldiers, government officials, and those who traveled to the cities to take part in the imperial examinations. Most people, however, tended to stay where they and their ancestors were born.

During the early years of communist control in the 20th century, China operated under a planned economy and the population was divided into those holding urban and those holding agricultural residence permits under the hukou household registration system (户口制度 hùkǒu zhìdù). Under this system, movement between different parts of the country was severely restricted for most people. 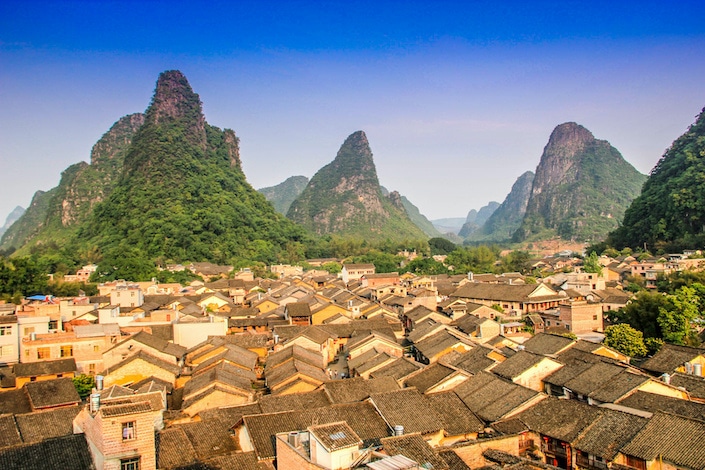 Before Reform and Opening-up, movement between China’s rural and urban areas was tightly restricted.

After the Reform and Opening-up (改革开放 gǎigé-kāifàng), huge numbers of agricultural residence permit holders, also referred to as migrant workers (农民工 nóngmíngōng), poured into cities looking for work in the factories.

Due to uneven economic development, people from the Chinese countryside are generally poorer than those from the cities. For many people from rural areas, moving to the cities represents a chance for a better life for themselves and their families. This explains why movement from Chinese rural to urban areas continues to this day.

China’s gleaming, ultramodern cities continue to attract migrant workers from every corner of the country.

The hukou system and social inequality

Unfortunately, when agricultural hukou holders and their children move to cities, they generally do not have access to schooling, health insurance, and other social services. Although they may never have done a day of farmwork in their lives, they are officially considered to be farmers and face many official barriers that keep them from integrating into urban society.

As a result of the hukou system, the ancestral villages of agricultural hukou holders are considered to be their official places of residence. This is true even though many have lived and worked in the city for years and only return to their home villages once a year for the Spring Festival holiday.

The hukou system’s continued existence combined with the mass migration of agricultural hukou holders to Chinese cities in search of economic opportunities has created a great deal of social inequality. It has also contributed to social problems such as the left-behind children phenomenon. 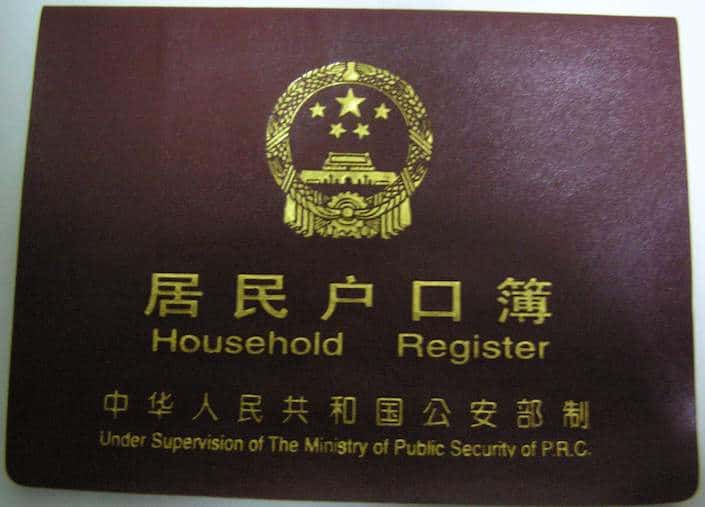 Although it has undergone reforms in recent years, the hukou system continues to have an outsized influence on Chinese society.

In recognition of the social problems caused by the hukou system, in 2014 the Chinese government began reforming and relaxing the system, making it easier for those with agricultural hukous to officially become residents of the cities in which they work.

In the past decade, it has become much easier for people to convert their agricultural hukous to urban hukous in small and medium-sized Chinese cities. However, there are still many barriers to obtaining a hukou in large cities like Beijing and Shanghai.

In an attempt to control the size of their populations, many of China’s most developed cities have introduced talent incentives which aim to provide a way for non-residents to apply for residency status. The requirements of these incentive programs, however, are almost impossible for most agricultural hukou holders to meet. Thus, the hukou system continues to be a major driver of social disparities in China today. 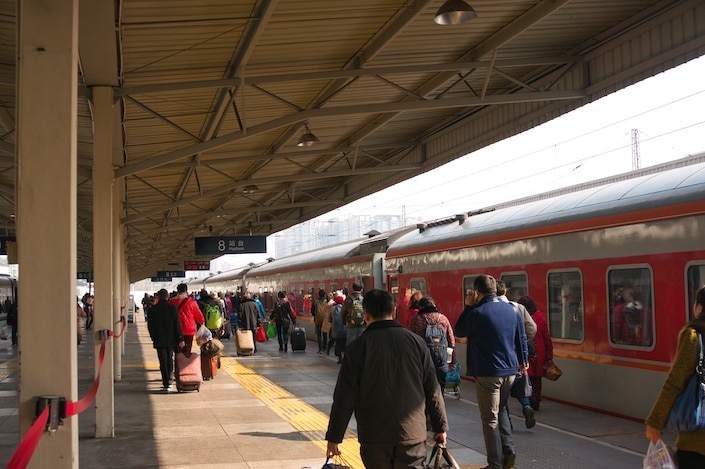 Most migrant workers do not meet the requirements of talent incentives that theoretically make it easier for outsiders to become residents of major Chinese cities.

In addition to the urban/rural divide, another difference that has helped shape modern Chinese society is that between north (北方 běifāng) and south (南方 nánfāng).

In general, the northern part of China is cold, dry and flat, while southern China is warm, wet, and mountainous.

Defining the north and south

Soon after the founding of the People’s Republic, communist leaders used this line to decide which parts of the country would receive subsidized central heating during the winter months.  Provinces north of the Qin-Huai Line were given access to heat. Unfortunately, those to the south were not, regardless of the fact that southern winters can also be quite chilly.

This system continues today and is the reason why winters in southern China can often feel much colder than those in the north. As a result of their enviable access to affordable central heating, however, northerners suffer from high levels of air pollution since their heat is produced by coal heating plants.

A shifting economic base

During the Mao years, the center of heavy industry in China was located in the northeast. Provinces like Jilin, Liaoning, and Heilongjiang were home to a variety of huge, state-owned factories and steel plants.

In recent years, though, the Chinese economy has shifted away from heavy manufacturing towards the technology and service sectors, leaving behind the old industrial centers of the northeast.

While southern China enjoys rapid economic development, northeastern cities in what is sometimes referred to as China’s rust belt have stagnated. Many local workers have gone south in search of better jobs and those who have remained behind often struggle with a lack of economic opportunities. 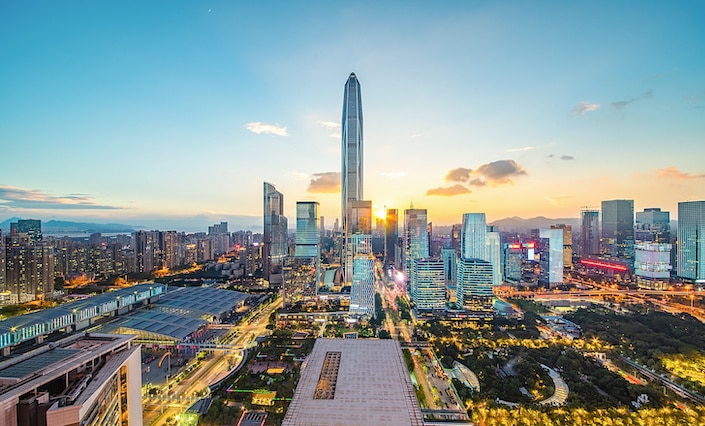 Chinese traditions and cultural identity vary somewhat depending on whether one is in the north or the south. As a result of differences in climate, most of China’s rice is grown in the south, while people in the north tend to grow wheat, corn, and millet.

Many Chinese holidays are also celebrated differently depending on the region, with different traditions being observed and different foods being eaten. For example, dumplings, or 饺子 (jiǎozi), are commonly eaten during Spring Festival in the north, while a type of cake made with glutinous rice flour known as 年糕 (niángāo) is more popular in the south.

In addition to culinary differences, there are many cultural differences between northern and southern China.

For example, northern and southern architectural styles differ in many ways. One difference involves the building materials used, with bricks and stone being popular in the north and wood popular in the south.

The north/south divide can also be seen in Chinese art, with different styles of opera, painting, and dance associated with each of the two regions. 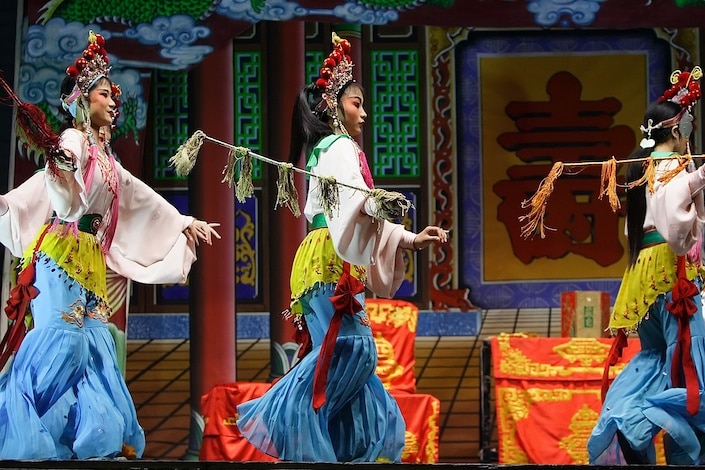 Chinese opera styles found in the south differ from those of the north.

Regional linguistic differences also exist. People in the north speak Mandarin with the addition of many “r” sounds, a phenomenon known as 儿化 (érhuà). Those in the south tend to speak Mandarin without these additional “r” sounds and with an accent that can easily be identified as southern. These regional accents are influenced by the presence of many local varieties of Mandarin in the south.

Now that movement between regions has become more convenient and most people receive the same level of nutrition, education, and exposure to popular culture in both the north and south, the historical differences between the two regions are starting to narrow, but some still remain. 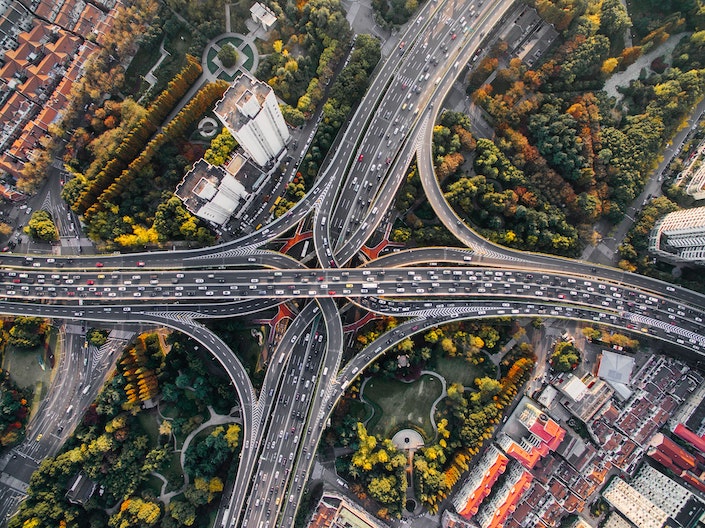 Chinese ethnic minorities and the Han

Further proof of the diversity of Chinese culture can be found in the fact that China has a total of 56 ethnic groups. The main group, the Han (汉族 Hànzú), is the group that most people in western countries usually think of when they think about people of Chinese ethnicity.

This is unsurprising considering that the Han Chinese people make up around 92% of the population of Mainland China. The other 8%, however, is made up of a diverse group of people belonging to China’s 55 officially recognized ethnic minority groups.

Historically, members of China’s 55 ethnic minority groups (少数民族 shǎoshùmínzú) had their own distinct lifestyles, languages and cultures, which were quite different from those of the Han.

With the advent of mass media, mass education, and convenient inter-provincial travel, however, the traditional lifestyles of once-isolated minority people’s have begun to change.

Despite widespread assimilation, members of China’s many ethnic minority groups continue to hold on to some of their cultural traditions.

Today, most members of China’s non-Han ethnic minority groups have been influenced by Han culture to some extent. Some groups, such as the Manchu (满族 Mǎnzú), a group well known as the founders of the Qing dynasty, have almost completely assimilated into Chinese society.

By contrast, many members of groups like the Yi (彝族 Yízú), the Tibetans (藏族 Zàngzú) and the Uyghurs (维吾尔族 Wéiwú'ěrzú) still maintain a traditional lifestyle steeped in their own distinct cultural practices and beliefs.

If the areas in which they live are particularly remote, China's ethnic minority people may continue to wear traditional clothing, speak their own minority languages or dialects (方言 fāngyán), practice their own religions, and celebrate their own distinct festivals. 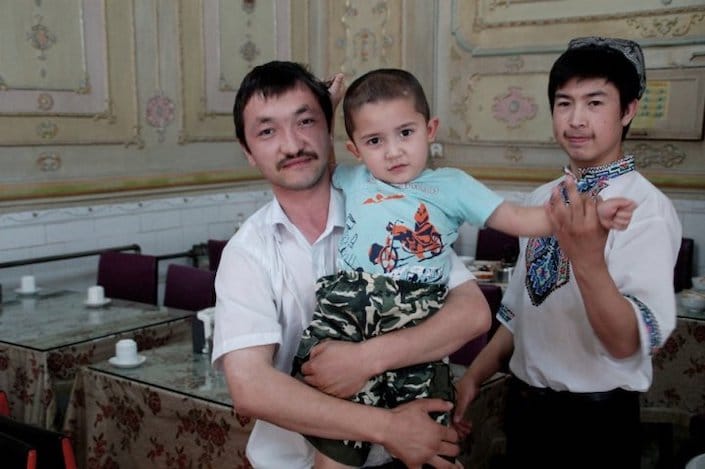 The Uyghurs are one Chinese ethnic group who have maintained many aspects of their traditional minority culture.

In recognition of the diversity of its population, the Chinese government has instituted preferential policies (优惠政策 yōuhuì zhèngcè) for members of ethnic minority groups similar to affirmative action policies in some western countries.

For example, official members of ethnic minority groups may be able to get extra points on their college entrance exam (高考 gāokǎo). They are also often exempt from certain government policies, as was the case with the now-defunct One-Child Policy. 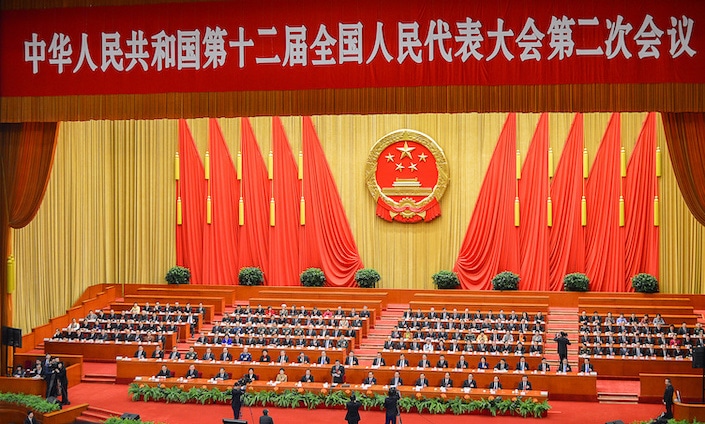 Discover Chinese society for yourself!

Chinese society is endlessly fascinating, not least because of the many contrasts between city and countryside, north and south, and the Han majority and ethnic minority peoples explored in this article. The best way to discover this diversity is to come to China and experience it for yourself.

Studying Chinese in the beautiful southern Chinese city of Guilin, home to many members of the Zhuang minority group, is a great place to start. We look forward to welcoming you to Guilin!

Guilin is a great place to learn about the culture and traditions of southern China.

An Introduction to Traditional Chinese Clothing
1 2 3 Next »
✕