Identifying the exact number of Chinese characters in existence is an elusive task, but reliable estimates for both ancient Chinese (古代汉语 gǔdài hànyǔ) and modern Chinese (现代汉语 xiàndài hànyǔ) exist.

The Number of Characters in Chinese, Past and Present

The number of unique Chinese characters used through the ages, though the exact figure is unknown, is safely in excess of 100,000. The largest number ever recorded in a Chinese dictionary—the Taiwan Ministry of Education's 2004 Dictionary of Chinese Character Variants (異體字字典, Yìtǐzì zìdiǎn)—was 106,230. Only a subset of these characters are still in regular use today.

In 2013, the Chinese government published a list of the 3,500 most essential characters used in modern Chinese. Chinese schoolchildren are expected to learn all 3,500 at a minimum, though many graduate knowing 5,000, 6,000 or more.

From writing on bone fragments thousands of years ago to typing on smartphones today, the quantity and logographic form of Chinese characters has evolved—and continues to evolve—over time. 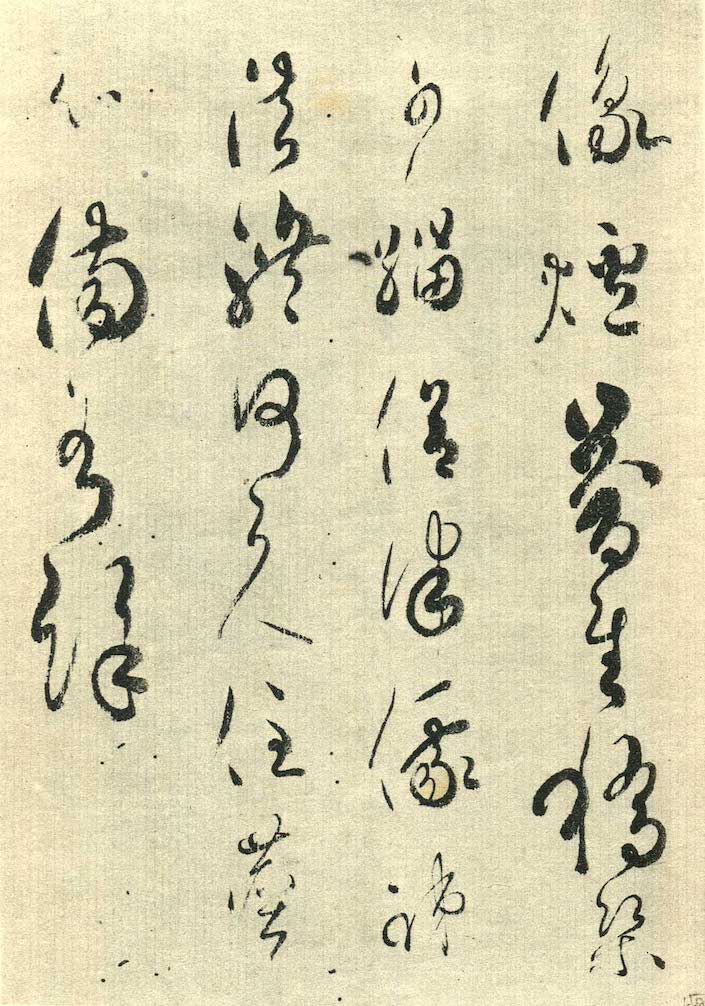 The Chinese system of writing has a long and complex history spanning 3,000 years. The oldest surviving examples of Chinese writing appear on oracle bones unearthed in Henan by farmers and archeologists. These inscriptions of Chinese characters were made around 3,200 years ago during the Shang Dynasty.

Far fewer characters existed when these early writers etched messages into ox and turtle bones. The following video offers a 10-minute overview of the evolution of Chinese characters from oracle bone script to modern-day Chinese. 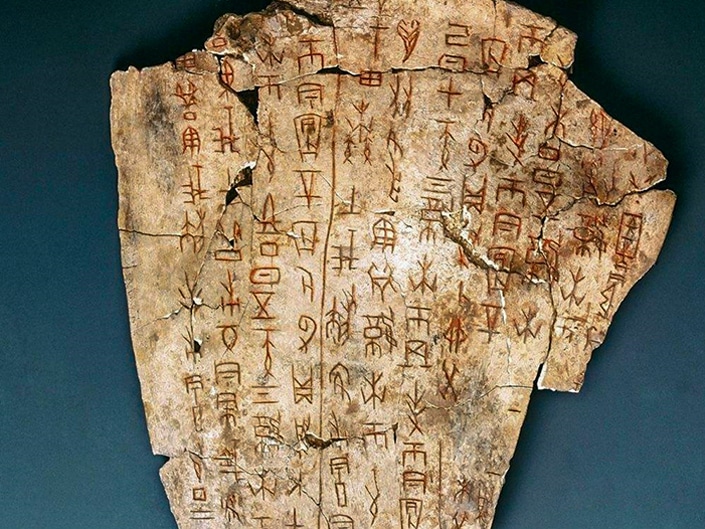 The origins of Chinese characters can be traced back to ancient oracle bone script. 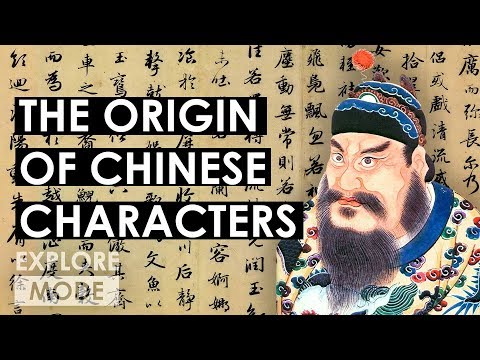 How the number of Chinese characters evolves over time

It is clear that many of the characters in use today developed from their pictographic ancestors over two thousand years ago. In some cases, characters developed so much over the millennia that their modern form is completely different.

Yet is other cases, like below, characters can be quite similar to their ancient forms. 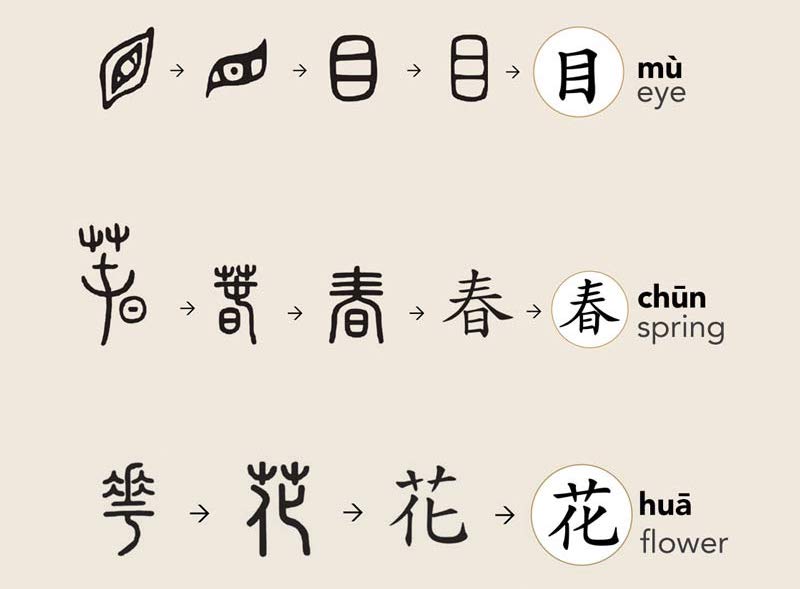 The introduction of simplified characters

One of the most recent and major developments to the character system was the introduction of simplified characters around the middle of the 20th century.

2,135 of the commonly used but relatively complex traditional Chinese characters were redesigned into simpler logograms that could be remembered more easily and written more quickly. This was done in order to increase literacy rates in China. 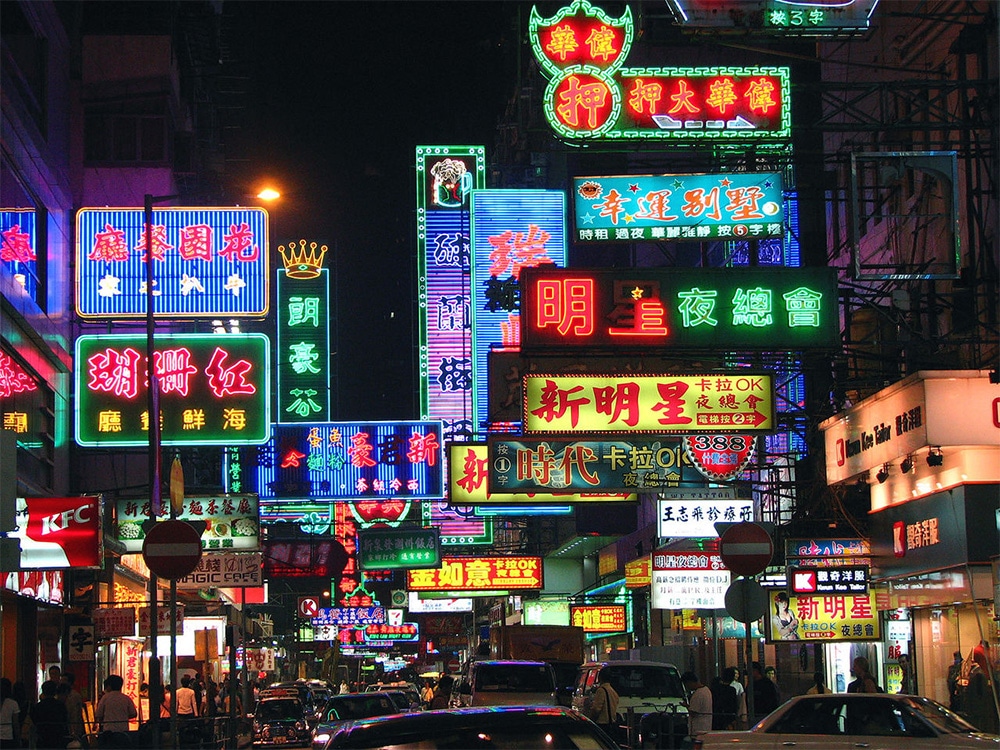 There's nothing quite like the luminous and Chinese character-filled streets of Hong Kong.

See how the number of officially-recognized Chinese characters has developed over the last two millennia:

So why does the character count increase throughout the ages to reach over 100,000 in the 2004 dictionary, then plummet to 12,500 in Modern Chinese Language Dictionary (现代汉语词典, xiàndài hànyǔ cídiǎn) published in 2016?

Well, a clue can be found in the name of the 2016 dictionary, which calls itself “Modern.” As the name suggests, it is a modern dictionary that covers both Chinese characters and words, but which only focuses on those that are still in fairly common use today in China. 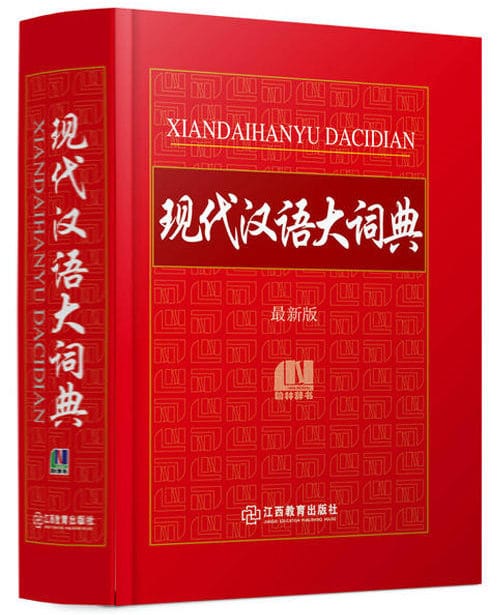 Highly specialized subjects discussed by modern scholars today will sometimes use characters that are not included in Modern Chinese Language Dictionary. For those specialized topics, a larger dictionary is required.

The first six dictionaries in the above table all contain characters only, not characters and words like Modern Chinese Language Dictionary does.

However, most of them also include many old characters that are not used anymore and can only be found on ancient scrolls or stone carvings from past dynasties.

The larger dictionaries also contain many variants of the same character, but in different character styles or systems that have been used at various times throughout China’s history. 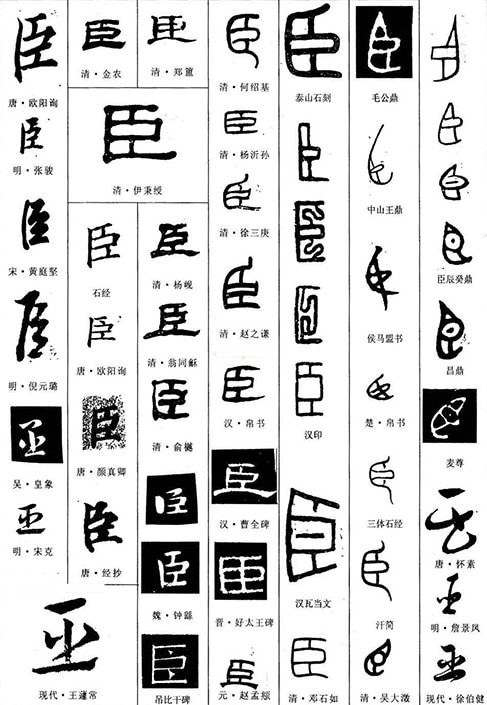 The evolution of characters like 臣 can be traced back thousands of years.

What counts as a Chinese character?

With over 100,000 Chinese characters in existence, linguists and dictionary authors offering varying answers to this question.

The Chinese language is very different from Romance languages like French and Spanish, which are phonetic languages with an alphabet made up of a fixed number of letters. Instead, Chinese is comprised of thousands of individual characters, each with at least one, and often many, meanings associated with it.

This is the key difference between Chinese characters and letters in Western languages, which carry no meaning on their own, only a phonetic sound.

Some characters, like 你 (nǐ), can exist as a standalone word. Others, like 们 (men), must be paired with an additional character to create a word. Consider the following: 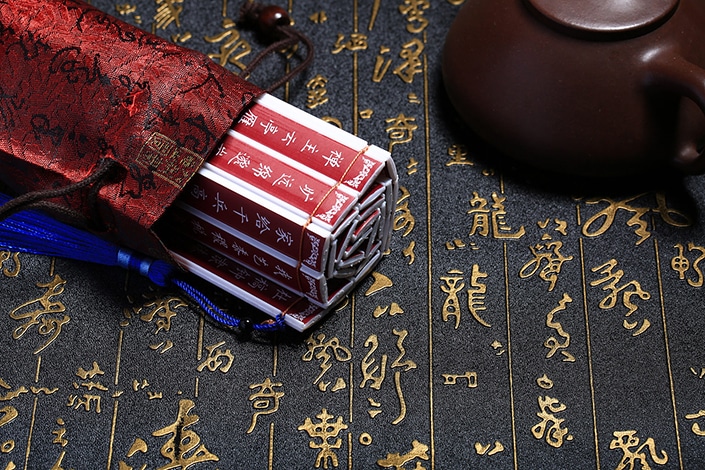 Not every Chinese character can function on its own as a stand-alone word.

So if there are no letters in Chinese, is there an alphabet with which to classify or categorize Chinese characters? Not in the conventional sense.

However, Chinese does have some components which could be considered to serve a similar purpose to that of the alphabet in other languages. 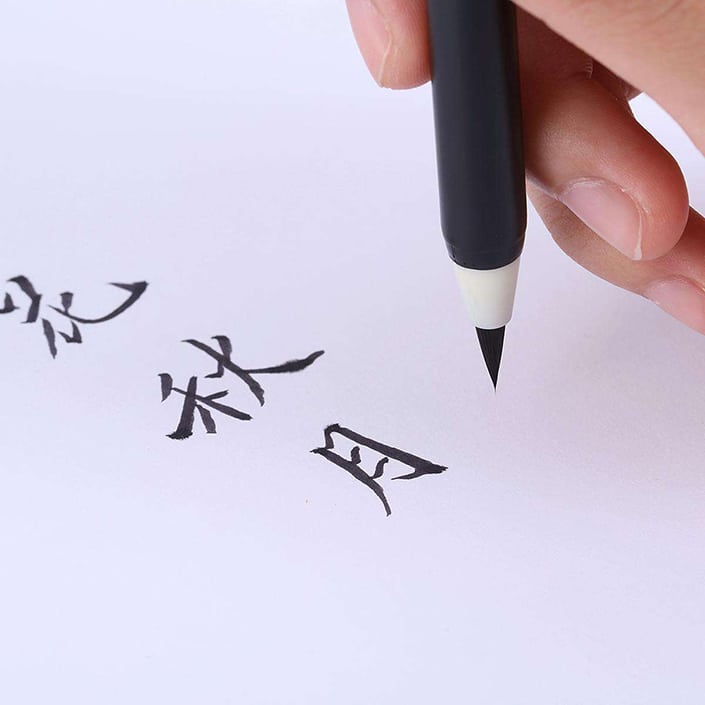 Since Chinese has no alphabet, strokes and radicals are used to classify Chinese characters.

Each modern Chinese character is constructed from a number of strokes of the pen or, traditionally, the brush. Different characters are made up of different numbers of strokes and can be classified by the number of strokes that they contain, but the strokes themselves come from a small pool of clearly defined strokes.

There are several different systems for classifying these strokes but most systems recognize approximately 10 basic strokes and another roughly 25 complex strokes.

You could think of strokes as letters and the pool of strokes from which the characters are drawn as the alphabet of strokes. However, unlike letters in the alphabets used in English and the Romance languages, there are no specific sounds tied to each stroke.

Chinese characters can also be classified by the Chinese radical upon which the character is based. A radical is part of a character’s logogram. The radical is simpler and smaller than the whole character but looks like a small character in itself. Some radicals are standalone characters when written on their own, and others are not.

There are several different systems of radicals, but the most commonly used system is Kangxi radicals, which is employed in many Chinese dictionaries used by native speakers.

It contains 214 different radicals and each one is used in the construction of many different characters.

Some characters, like the one in the example above, contain more than one radical. In this case, the main classifying radical for the character often provides a hint about the meaning of the character. The other radicals making up the character sometimes give hints about its pronunciation, as is the case above.

Learning the most common Chinese radicals can provide clues about both pronunciation and meaning.

The fact that certain radicals indicate a specific pronunciation means that, contrary to popular belief, Chinese is not entirely a pictographic language. Rather, it also has some phonetic elements, although it is certainly not a phonetic language in the same way as English or the Romance languages are.

For example, note the phonetic similarities between the following Chinese characters, each of which contain the radical 羊 yáng.

Note that the radical 羊 yáng appears in each of the above characters, and really has no bearing on the character’s meaning. It does, though, clearly indicate the character’s phonetic pronunciation.

Since Chinese characters are made up of individual radicals, whether they are “meaning radicals” or “sound radicals,” these radicals can also be seen as a kind of alphabet which is used to construct the written and spoken language.

For more information on how characters are constructed and classified, take a look at the anatomy of Chinese characters.

You Can Learn Chinese

You should now have a better understanding of how many Chinese characters exist—over 100,000! We also hope you gained insight into how the Chinese writing system originated and how it has developed over time to meet the changing needs of the Chinese people.

For those interested in learning the language, hopefully you are encouraged to find out that you only need to know about 3,000 characters to be fluent—and much less than that to be able to read most of what you come across on a daily basis. 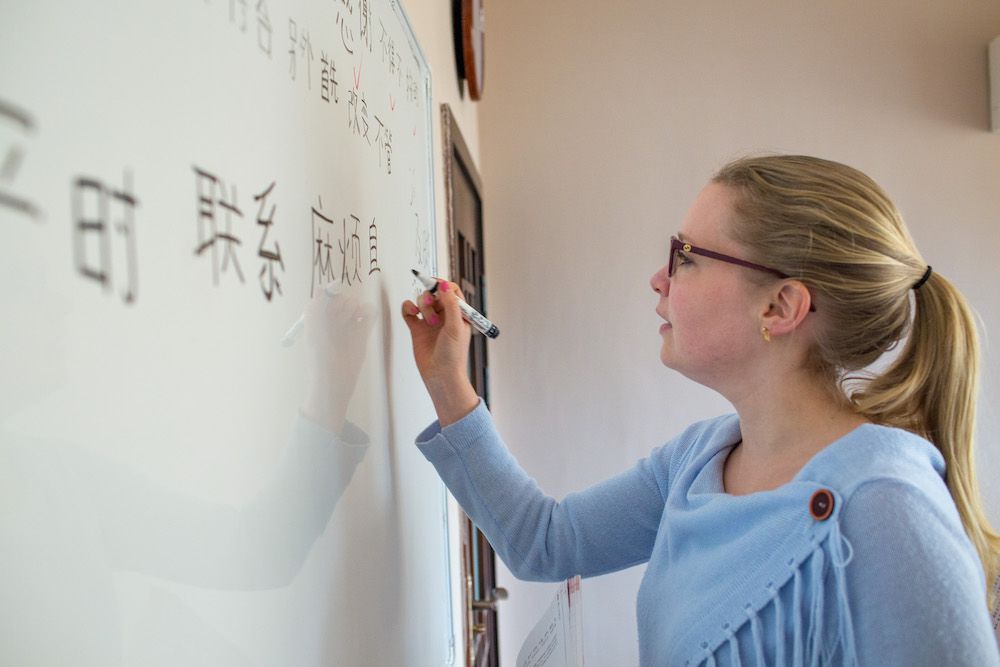 Although learning Chinese might seem daunting at first, it's nowhere near as hard as it seems.

Follow the links in the article above if you want to learn more about characters or start learning them yourself. We welcome you to learn Chinese with us in China.

Vocabulary: How Many Characters are There in Chinese?