The Anatomy of Chinese Characters

Reading and writing Chinese characters is often considered the most ambitious challenge that language students face in order to achieve fluency. Indeed, the intricacies which have shaped this character system over thousands of years are both complex and vast.

While they may appear bewildering at first, Chinese characters are actually composed of distinct building blocks that form a straightforward and logical structure. Once you grasp a basic understanding of Chinese character anatomy, you will be reading and writing your way across the Middle Kingdom in no time. Explore below and continue along your journey to learn Chinese characters. 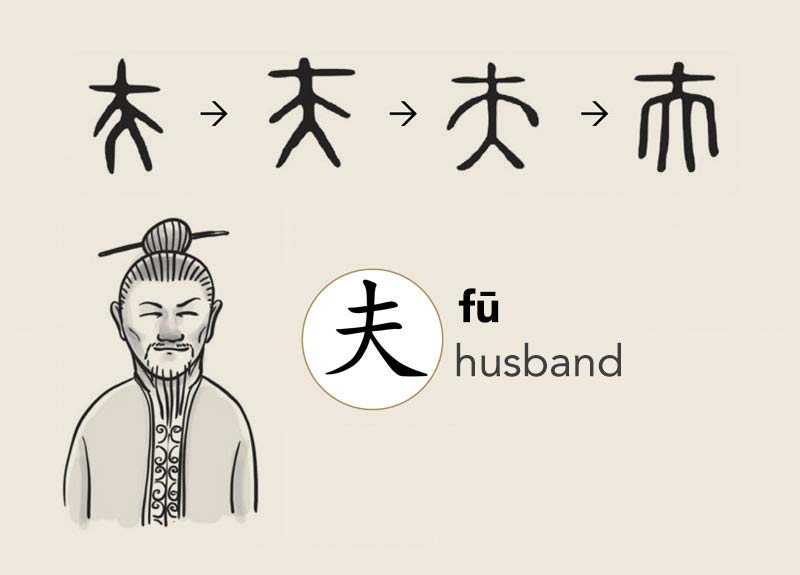 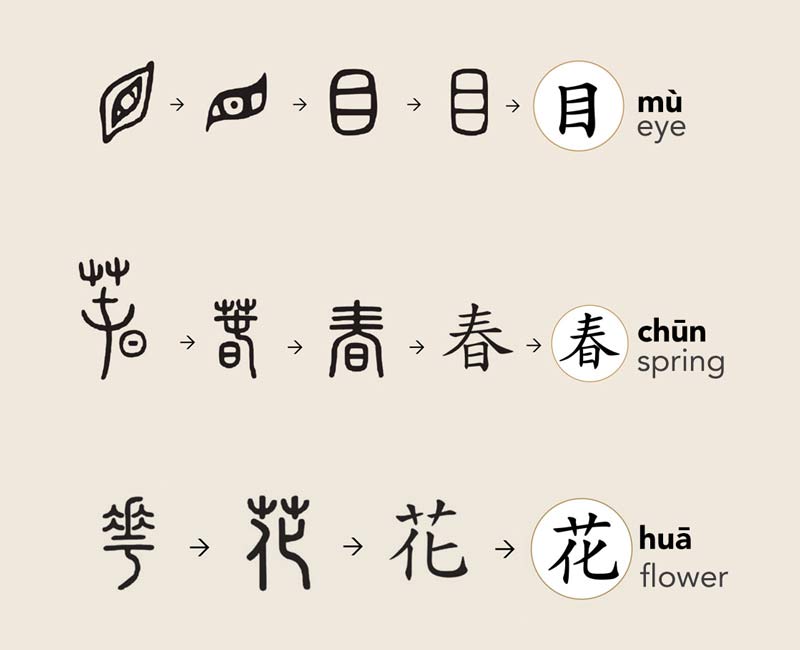 Unlike the Roman alphabet, Chinese characters are used to illustrate meaning rather than sound. In fact, most characters were originally intended as visual representations of physical elements like trees, houses or humans. Evolving since their earliest forms, simplified versions of these symbols, known as character radicals, serve as the foundation for contemporary written Mandarin.

Making up approximately 80% of the language, radicals—in addition to Chinese pinyin—are an essential starting point for anyone who wants to read or write fluently in Mandarin. Jump to the list of the 40 most used Chinese radicals and continue learning Chinese characters.

Most Chinese dictionaries include about 20,000 characters, though linguists estimate literate speakers know between 5,000 and 8,000. For language learners, being familiar with just 2,000 to 3,000 characters will give you the tools to read most newspapers and magazines.

An important rule to note is that characters are written according to a standardized stroke order, which typically moves from left to right, top to bottom and outside to inside. Skritter is an excellent APP to help you learn stroke order. Although Chinese characters may seem daunting at first, patterns will quickly emerge once you develop a basic foundation. So, review your radicals, familiarize yourself with the most commonly used Chinese characters, and watch as your Mandarin skills grow exponentially!

How to Learn Chinese Characters

Contrary to what many new students expect, learning the characters is not a particularly hard part of learning Chinese.

In fact, many advanced students of Chinese say that remembering and achieving good oral comprehension of the vocal tones associated with Chinese characters and words is actually the hardest aspect of learning Chinese.

There are a few different techniques for learning characters and which one is best really depends on which one works for you. The method used by Chinese school children is the repetition method. Characters are studied and written down again and again until they are remembered.

Many non-native learners of the language criticize this method as outdated and inefficient. However, this is the method used by the Chinese people, almost all of whom learn more characters than the vast majority of non-native speakers of Chinese ever manage to learn, which is a statistic that makes it hard to criticize the method.

Another method—one that is quite popular with Western students of Chinese—involves attaching a story to each character. The story may be based on the appearance of the character or how the character is constructed from different radicals. The theory is that a story is easier to remember than an arbitrary shape.

If you had already learned the two characters that are the radicals for this new character, then the story you use to remember the character might go something like this: “In ancient times, horses were very expensive. So before buying a horse you would use your mouth to ask lots of questions about the horse’s pedigree.”

Remembering this little story can help to remind you that the character 吗 (ma), with the meaning of a question mark, is drawn by placing the “mouth” character before the “horse” character.

The method of repetition requires continuous dedication until the characters become so familiar that they will not be forgotten, and this can take many years. For students who might not be able to study the language continuously for such a long time, the story method might be better.

No matter which method you choose, setting targets and goals is a good idea. Studying the most common characters first makes progress quicker and ensures the fastest route to achieving one’s goal. A good starting point is the 100 most common Chinese characters. If your plan is to eventually learn a large number of characters in order to pass an exam such as HSK 4,  5 or 6, then it would be a good idea to start by learning the most common radicals (see below).

The 40 Most Common Radicals:

There are over 200 radicals that make up Chinese characters, though only a portion of them are regularly used in simplified Mandarin today.

Check out the list below to find out the 40 most common character radicals—you might find that you've encountered most of them before! Remember, because they serve as the building blocks of the written character system, radicals are absolutely crucial in helping language learners become literate in Mandarin.

Introduction to Traditional Chinese Characters
1 2 Next »