University of North Florida's contribution to CLI Perspectives continues. This week Allison Gordon and Katherine DeJong share some of their favorite moments while studying in China. From toboggan rides down the Great Wall to biking in the magical city of Yangshuo, both made fantastic memories that will not be forgotten anytime soon. Check out their stories below! 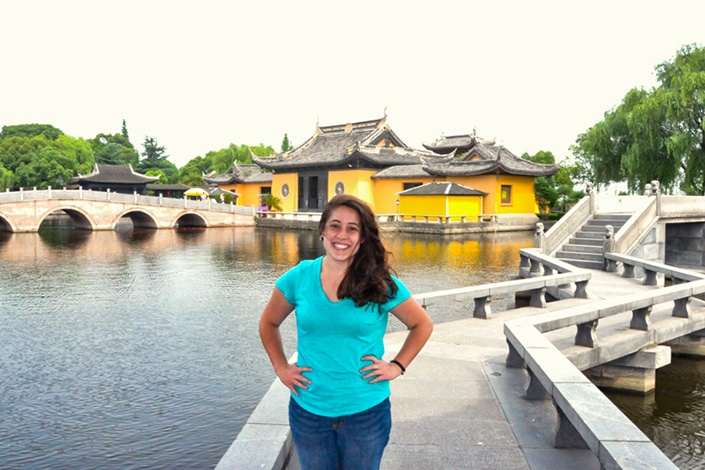 Allison taking in the beautiful Zhouzhuang water villageAfter the Summer Palace tour, we drove an hour and a half to visit a section of the Great Wall that wasn't too crowded with tourists. Once we arrived, a small group of us rode a cable car to the top which allowed for beautiful scenes of the wall and surrounding mountains. The sights from the actual top of the wall were breathtaking. 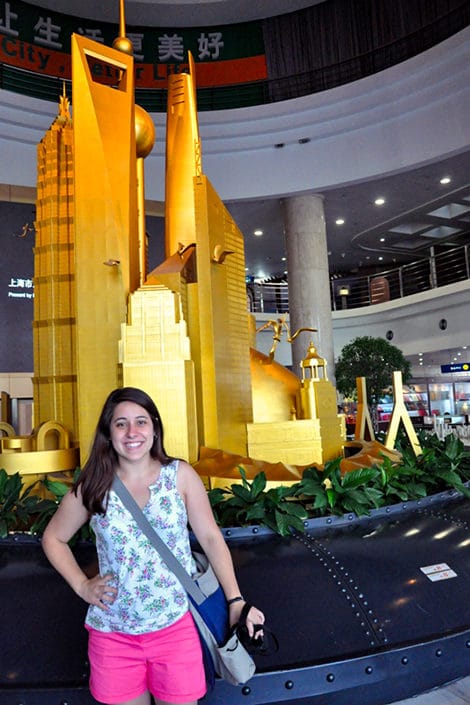 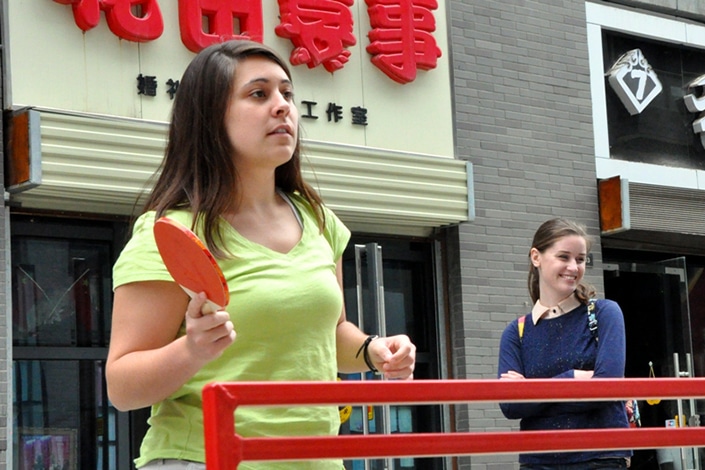 Katherine looks on as Allison takes her turn at ping pong

In a break from the rain, our teachers hastily settled on the bike ride. We were rounded up and guided down the West Street. In truth, I should have brought my rain coat. I purposefully left it behind in hopes that if I brought it, it would be useless. Yet, due to the fact I didn't bring it, rain was of course in our future.

Once the rain stopped, we went off following Danny, our guide. We followed him as he crossed busy streets and dodged cars, scooters and other bikes. We weren't going nearly as fast as I wished. We had to wait often especially in the beginning. Many from the group weren't sure they would remember how to ride a bike. But, it came back to them. Cory and Robyn rode a tandem bike. It seems I was one of the few who regularly rides a bike back home. I guess that is what happens when you don’t have a car. 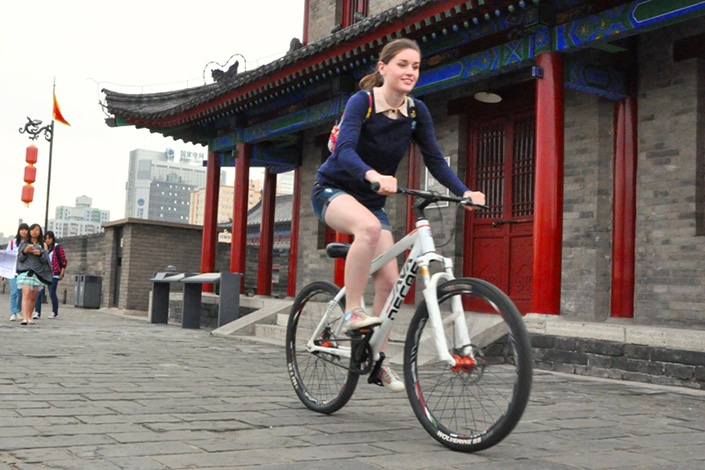 On the raft, I was paired with Kevin. It was absolutely beautiful & quite relaxing. I probably talked Kevin’s ear off a bit, but I didn't really want any awkward silence. There were these little falls that were no more than 3 feet tall at the largest. The raft would go down and water would flood the raft. The falls were fun to go down, but on the last fall I forgot to pick up my shoes. Thankfully, they didn't float off; however, they were soaked completely. 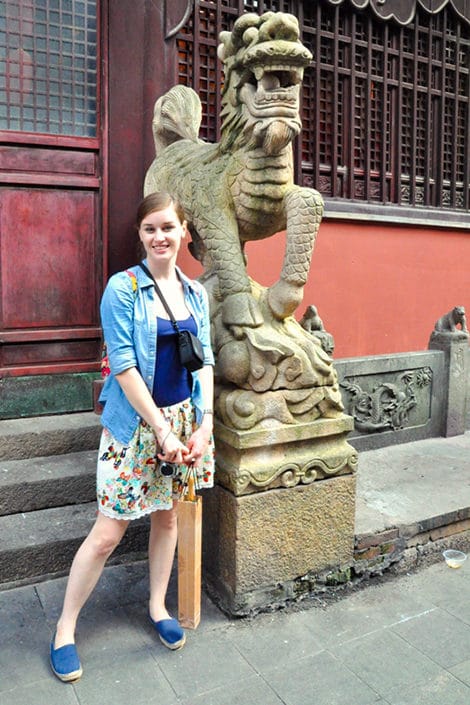 Katherine posing inside one of China's many unique temples

After lunch, we hiked to a spectacular rock formation. I dashed up the path with Maria following until there was a fork in the trail. Instead of waiting for the main body of the group, he went up the path called Vanity. When the rest came to the fork, they veered to the other path called Moon Palace. At that point, I ran up the other path to go with Lyndon since it wasn't wise to walk alone in case someone slipped and needed help. Soon after catching up to him, we learned why this path was called Vanity.

When walking back down the mountain it started to rain again so I slowed my pace. With the steps slick with water once more, I couldn't dance the steps in the usual manner without the fear of falling. I gripped the hand railing when it was there.

CLI Perspectives: When everything goes wrong
1 2 3 4 Next »
✕