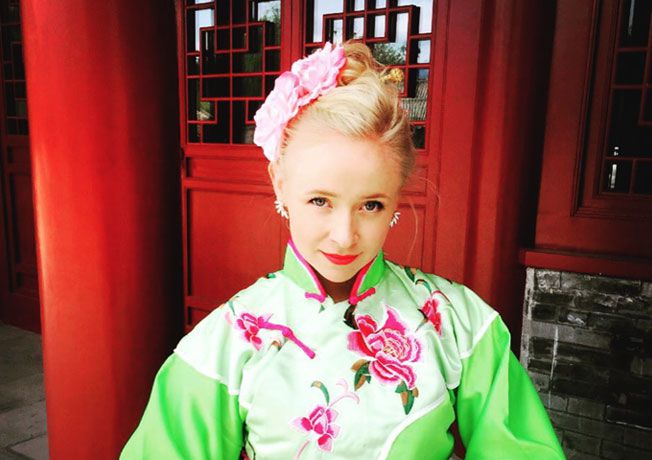 Jessica Beinecke, better known as Bái Jié (白洁) by her viewers, is an American educator, videographer, and internet personality best known for producing videos that focus on introducing English slang and American culture to Chinese viewers.

3. How do you say “I know what you’re thinking!” in Chinese?

There are times when learning a new language when one simply has no idea what is being said to them. This may be because what is being said way too fast, or because one doesn’t have the required vocab to comprehend. We’ve all been there, and it’s immensely frustrating. How do you let the other person know you have no clue what they’re talking about in Chinese? Watch this video to find out!

Having studied Mandarin in Beijing and Hangzhou as an undergraduate, not only is Beinecke fluent in the language but also serves as an ambassador of American culture and language to China. According to Jessica’s about page, “The 100,000 Strong Foundation is the founding partner of Crazy Fresh Chinese, focused on encouraging students across the country to both learn Mandarin and study in China.”