As a student of Chinese, measure words (量词 or liàngcí in pinyin) are one of the first aspects of Chinese grammar you’ll encounter. The fact that almost all Chinese nouns must be preceded by a measure word makes these pesky classifiers hard to avoid.

Luckily, Chinese measure words are one of the easier aspects of the language. Read on to get an idea of what they are and how to use them.

The 100 Most Common Chinese Measure Words

There are many different measure words in Chinese. Some are used more frequently than others. Check out our list of 100 of the most common measure words that you're likely to encounter below.

Note that any value in the Example column below can be swapped for a larger number and the rest of the example phrase stays the exact same. For instance, 一个人、两个人、三个人 (yī gè rén, liǎng gè rén, sān gè rén, sì gè rén; one person, two people, three people), and so on. The sole exception in the below chart is 点 (diǎn; a little; a bit; some).

What are measure words?

Measure words are words used to quantify nouns. That might sound complicated at first, but the function of these words quickly becomes clear when we examine how they’re used in English.

Although most English speakers may not have heard the term “measure words,” these words are actually relatively common in English. In fact, most people understand how to use them intuitively.

Nouns like “pants” and “bread” sound odd without measure words. We wouldn’t normally say “three breads” or “a pants.” However, there are many other English nouns, like “house” or “cat,” that don’t take any measure words. Phrases like “a house” or “three cats” sound perfectly natural.

Measure words in Chinese are similar to those used in English, except easier! While English speakers have to decide whether or not it’s necessary to use a measure word with each noun they encounter, there’s usually no such question in Chinese.

Chinese proper nouns (think names of people or names of countries) don’t need measure words, but every other Chinese noun needs to be accompanied by one.

In Chinese, simple phrases like “a car,” “two cats” or “three buildings”  must be paired with a measure word.

How are Chinese measure words used?

Employ the following structure to use Chinese measure words correctly:

The basics of Chinese measure words

Imagine that you want to say “a person” in Chinese. To do so, you'll need to utilize the correct vocabulary words and follow the above structure to create your phrase.

“Person” in Chinese is 人 (rén in pinyin). The measure word that goes with person is 个 (gè), and since you’re talking about a single person, you’ll need the Chinese word for one, which is 一 (yī). Thus, your phrase would read: 一个人 (yī gè rén; one person).

Now let’s say you want to make your phrase plural. In English, you’d either add an ‘s’ to the noun or use its irregular plural form, which in the case of “person” is “people.” Your correct plural English phrase would read, “two people.”

Luckily, Chinese nouns don’t have a special plural form. They stay the same no matter whether they’re plural or singular. 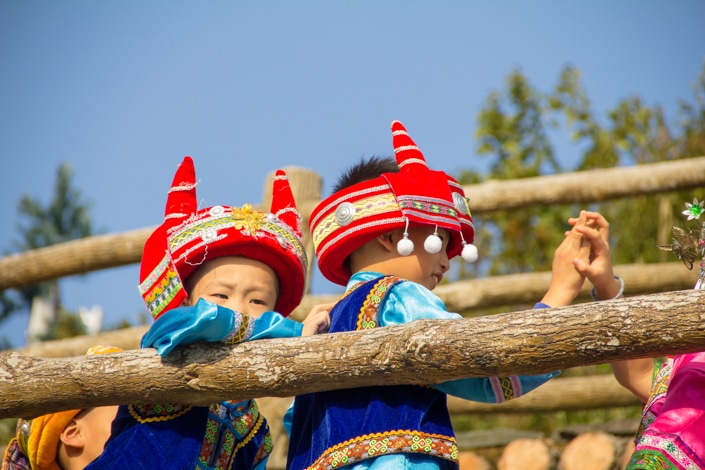 To talk about the two people in this image, you’ll need to add the measure word 个.

What happens if you want to translate a more complex English phrase that contains an English measure word, like “a piece of cake”?

In this sentence, the English measure word is “piece.” To translate it into Chinese, we must first identify the noun, which is “cake,” or 蛋糕 (dàngāo) in Chinese.

Next, we need to know the specific Chinese measure word that goes with 蛋糕 (dàngāo), which is 块 (kuài). If we want to talk about one piece, we’d also need the Chinese word for “one,” which is 一 yī. After plugging these words into the number + measure word + noun construction above, our Chinese phrase would read 一块蛋糕 (yī kuài dàngāo; one piece of cake).

Note that in English, measure words are generally used with articles like “a” and the preposition “of.” These are unnecessary in Chinese, however. 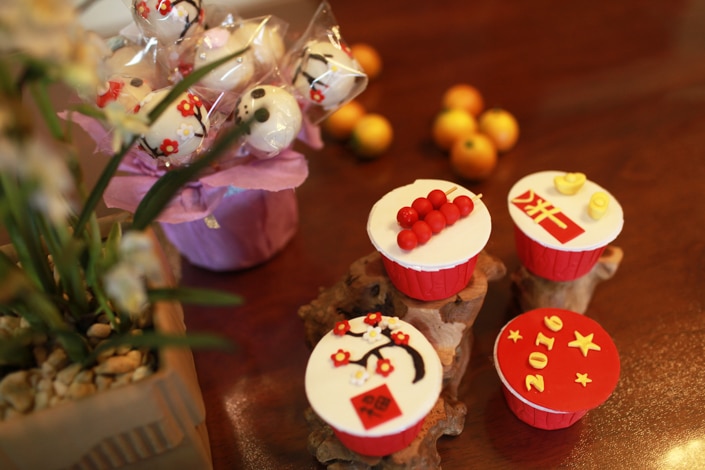 The measure word used to talk about pieces of cake in Chinese is 块.

There are several reasons why learning measure words is well worth your time.

个 (gè) is the most common Chinese measure word and the easiest to use. It’s a generic, catch-all measure word.

It’s possible to use 个 (gè) with almost any Chinese noun and still be understood. Sometimes, native speakers even default to 个 (gè) after forgetting which measure word to use with a certain noun. Of course, that doesn’t mean it’s always correct to use 个 (gè).

After realizing how common 个 (gè) is, many students quickly begin overusing it. This overuse of 个 (gè) as a beginner can lead to bad habits that will be hard to change later on. If you don’t pay attention to learning and using the correct measure words now, it may be difficult to remember to do so in the future.

Measure words are an integral part of Chinese

Measure words are an important part of the Chinese language. If you don’t learn to use them correctly, you won’t ever be able to claim real fluency.

Just because Chinese speakers can understand what you mean to say when you use 个 (gè) instead of the correct measure word doesn’t mean that your speech sounds grammatically correct. If you want to be taken seriously by Chinese speakers, you’ll need to get the details right.

Using measure words correctly can also help people understand you better. This is because Chinese is full of homophones, which are words that have the same pronunciation but different meanings. 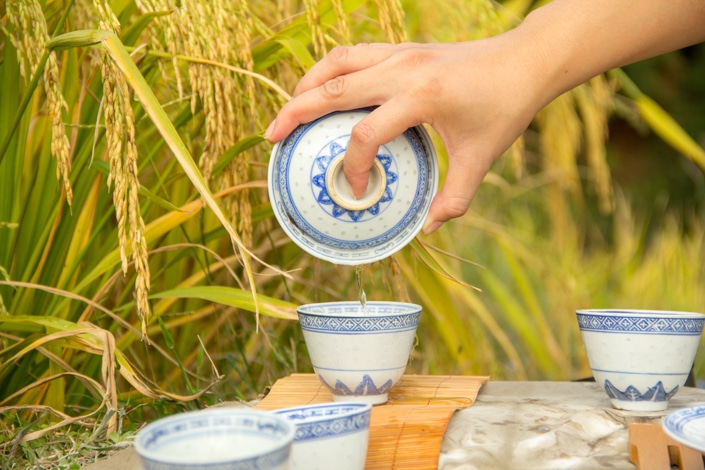 In addition to the very commonly used 个 (gè) and 块 (kuài) discussed above, here are 10 common Chinese measure words that every Chinese language learner should know.

只 (zhī) is a common measure word used for birds and certain animals. It can also be used for one of a pair, usually when referring to certain parts of the human body that come in pairs, like eyes and hands. Less commonly, it’s used with objects like boats and suitcases. 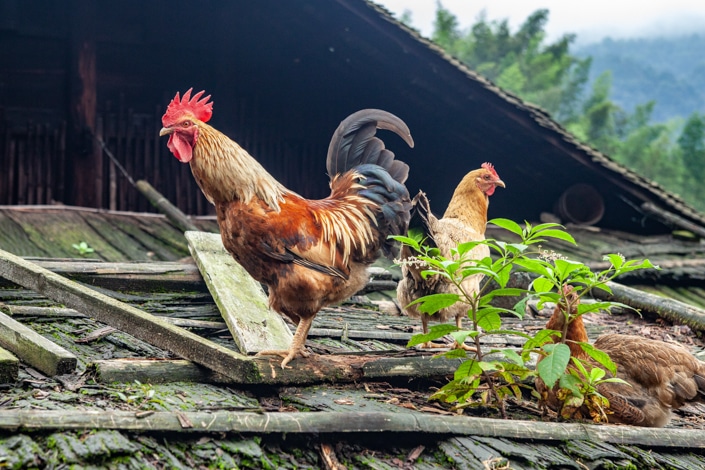 The measure word 只 is used for birds, including chickens.

本 (běn) is used with books, textbooks and other similar book-like bound objects, such as photo albums.

辆 (liàng) is another common measure word you’ll need to use when talking about vehicles like cars and buses.

瓶 (píng) is similar to the English measure word “bottle,” but can also be used to refer to jars, flasks and vases. 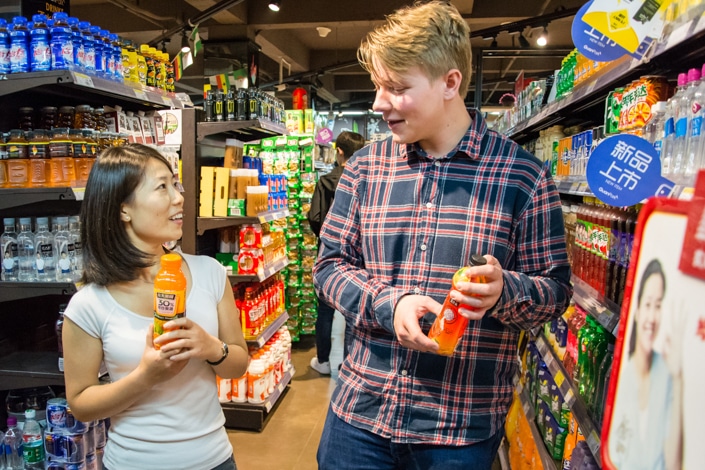 The measure word 瓶 is used for drinks that come in bottles, like soda or juice.

Like 瓶 (píng), 杯 (bēi) is another Chinese measure word with a close English equivalent. It’s used as a classifier for containers of liquids, much like “glass” and “cup” in English.

碗 (wǎn) is used like the English measure word “bowl.” It comes in handy when ordering food that comes in bowls, such as rice or noodles.

双 (shuāng) is roughly equivalent to the English measure word “pair.” It’s used with words for things that come in pairs like shoes, socks and chopsticks. 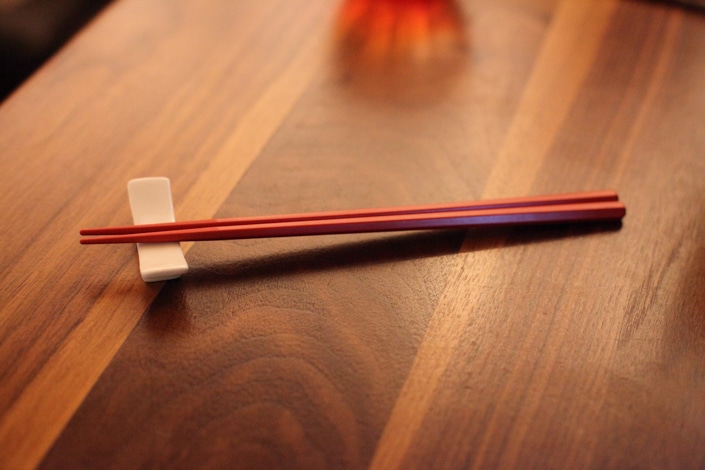 The Chinese measure word 双 is used for things that come in pairs, like chopsticks.

件 (jiàn) is a super useful measure word that’s most commonly used with clothing. It also works with certain items of furniture and luggage, as well as with abstract events.

张 (zhāng) is a measure word that’s most commonly used with flat objects like paper, cards, tickets, desks and tables.

种 (zhǒng) is used when talking about a sort, kind or type of thing. It can be used with nouns that refer to either objects or abstract concepts or feelings. 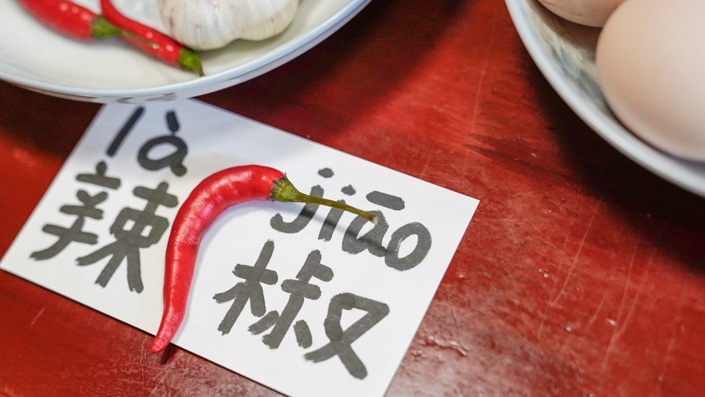 Learning measure words will allow you to talk about almost any Chinese noun with ease.

Luckily, the use of measure words in Chinese isn’t random. There are definitely some patterns which can help Chinese learners memorize them more efficiently.

When learning Chinese measure words, it helps to remember that they contain clues about the nouns they classify. Measure words can indicate whether the noun is an animal, an object, a person or a concept. They can also tell you something about the noun’s size and shape. Therefore, it’s helpful to memorize the types of things measure words usually describe.

For example, 张 (zhāng) is usually used to describe flat objects. If you memorize this fact, next time you’re talking about something flat, you can try using 张 (zhāng) as your measure word. Chances are, you’ll have used it correctly.

Some students find it helpful to learn groups of measure words based on the qualities of the objects they usually classify. For example, a student might make a list of the most common measure words used to describe animals, including 只 (zhī), 匹 (pǐ), 头 (tóu), 条 (tiáo) and 峰 (fēng). Then, they might memorize them all together. This makes it easier to make educated guesses about which measure words to use for animals.

This method certainly narrows the field of choices, but you’ll still need to know which measure word to use with which animal. Unfortunately, knowing to use 匹 (pǐ) with horses, 只 (zhī) with chickens and 峰 (fēng) with camels still requires memorization.

Even if you’ve spent a long time memorizing measure words, they won’t come naturally unless you immerse yourself in a Chinese-speaking environment. Chinese immersion can help you develop an almost subconscious understanding of which measure words go with which nouns.

One tricky aspect of Chinese measure words is that individual nouns can sometimes be used with more than one measure word depending on which aspect of the noun the speaker wants to highlight. This sort of nuanced usage is easiest to grasp through repeat exposure to the language being used in context.

Full language immersion in China is definitely the most effective way to improve your understanding of measure words as well as your overall Chinese fluency.

If studying Chinese in China isn’t possible, however, you should still make every effort to listen to Chinese frequently. Even passive listening can be amazingly effective. Try checking out our list of excellent Chinese podcasts for some ideas on what to listen to. You should also seek out native Chinese speakers to practice with, whether in your community or online.

With a bit of determination, you’ll soon be using measure words like an old China hand.