It’s 2023, and the high-tech era is well underway. These days, speakers of almost every language on earth have developed their own systems of Internet shorthand that help them express thoughts and feelings efficiently. The world of Chinese Internet slang, of course, is no exception.

In order to keep your Mandarin skills fresh, it’s important to familiarize yourself with Chinese Internet slang. In this article, we’ll dive into some of 2023’s most commonly used Mandarin cyberspeak.

Even the most advanced language students may find themselves mystified by the quickly evolving world of Chinese Internet slang.

While you may have heard of common online terms like 666 (liùliùliù; awesome) or 88 (bābā; bye-bye), modern Chinese Internet slang also includes an extensive list of commonly used alphabetic acronyms. These acronyms are simply abbreviations based on how certain groups of Chinese characters are written in pinyin.

Although these Internet acronyms are frequently used by Chinese netizens, they aren’t well known among language students. In order to communicate effectively with Chinese people on social media, comprehend Chinese language digital media and keep your Mandarin skills up-to-date, it’s important to understand common online phrases as coined by the mainland’s Internet-savvy population. 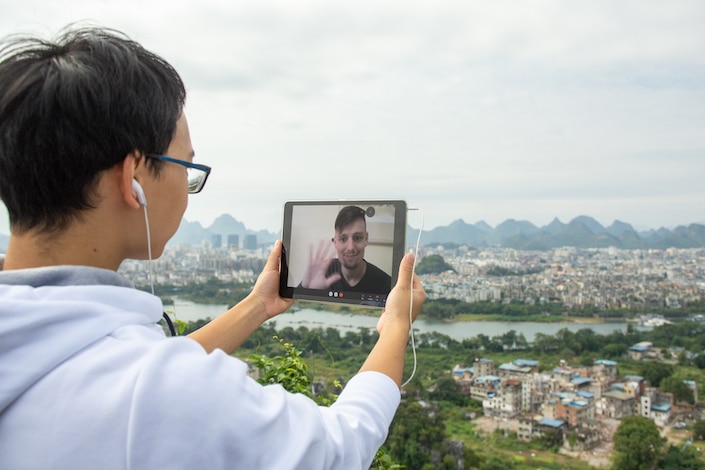 Ready to give your Chinese skills a modern makeover? Stay hip to the culture by mastering these six popular Chinese Internet slang acronyms today.

永远的神 (yǒngyuǎn de shén; yyds) means “eternal God” and describes an outstanding person or thing. It's similar to the saying GOAT (Greatest of All Time) in English. The phrase is often used by fans to praise their idols or simply to describe something they are fond of. 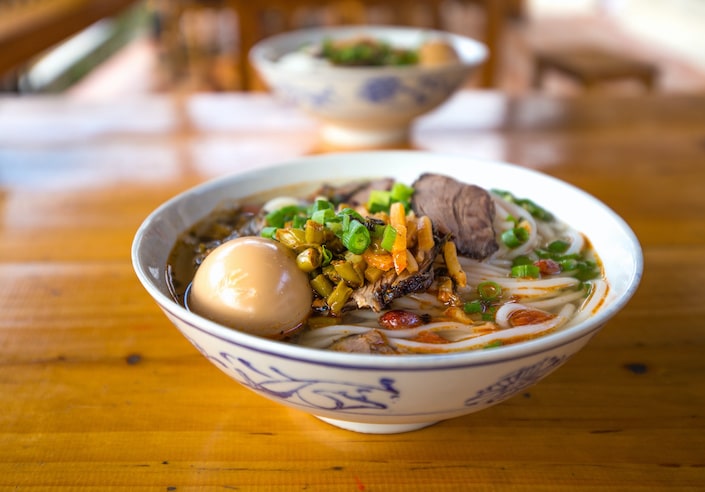 Yyds is the perfect phrase to describe the delicious taste of Guilin’s most famous dish: Guilin rice noodles!

你说得对 (nǐ shuō dé duì; nsdd) means “what you said is right” and is generally used to endorse or approve of what someone has said.

However, it can also be used to brush someone off by hastily agreeing with them if the speaker doesn’t wish to continue the conversation. For example: 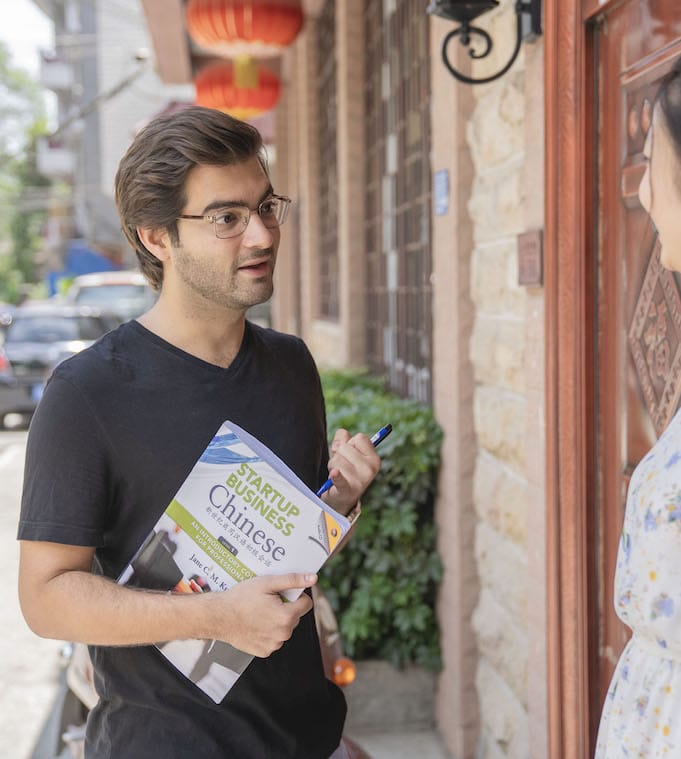 Nsdd can have a positive or negative meaning depending on the context in which it is used.

真情实感 (zhēnqíng shígǎn; zqsg), which translates as “true feelings,” describes an emotionally touching or heartfelt situation and is generally used to comment on movies or TV dramas.

Next time you’re traveling or just chattin’ in Chinese with your friends, drop the textbook formality and bust out with expressions they never teach you in school, including: cool slang, funny insults, explicit terms, everyday banter. 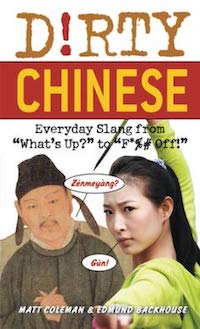 “笑死我了” (xiào sǐ wǒ le; xswl) literally means “laughing to death” and is used by speakers to respond to something funny, comparable to LOL in English. 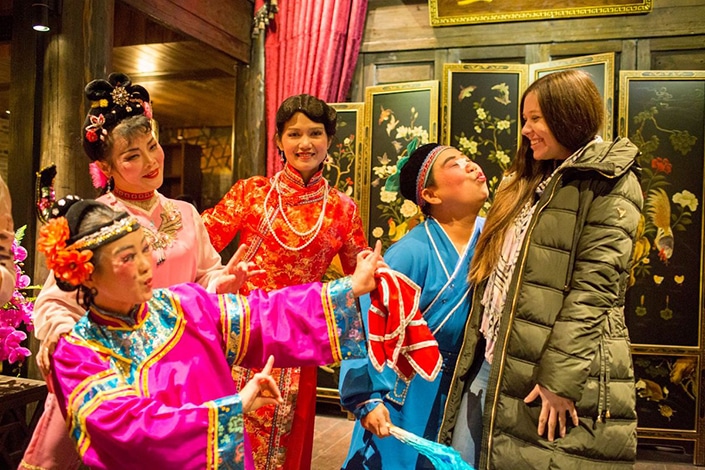 Xswl is the Chinese equivalent of LOL.

漂亮哥哥 (piàoliang gēgē; plgg; used for men) and 漂亮姐姐 (piàoliang jiějiě; pljj; used for women) can be translated as “pretty brother” and “pretty sister,” respectively. Chinese netizens generally use these phrases to compliment someone’s good looks. Keep in mind, however, that “plgg” is typically used to describe stereotypically feminine men.

These terms can also be used as a polite form of address for someone the speaker doesn’t know well. For example:

Plgg or pljj can be used as a polite, if informal, form of address.

不懂就问 (bù dǒng jiù wèn, bdjw) is a helpful transition phrase used to introduce a question. It is similar to “just wondering” or “let me ask” in English. 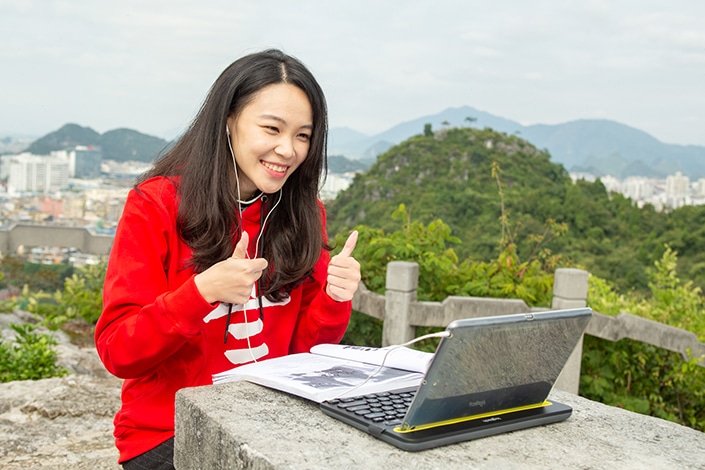 Chinese netizens use the acronym bdjw to introduce a question they’re about to ask.

In addition to pinyin-based acronyms, modern Chinese also contains a wealth of new slang terms. Unfortunately, the meanings of these terms are often unclear to those who aren’t in the know. Check out our list of three of the major Chinese slang terms that are trending right now.

内卷 (nèijuǎn) has come to describe—and often express disgust about—the fiercely competitive atmosphere that pervades everything from education to the workplace.

You’re sitting in a theater watching a theater performance.

Out of the blue, the guy in front of you stands up.

Now, you’re no longer watching trained actors charismatically performing on stage. Instead, you’re gazing into the leering eyes of the Nirvana smiley face on the back of this guy’s t-shirt. With an eye roll and a sigh of frustration, you rise to your feet.

You hear a grunt of disgust as the person behind you now also shuffles to a standing position. You peer into the darkness around you.

The consequences are cascading, as is the disgruntlement. One by one, each audience member is forced up so as to see over the person in front of them. Within one minute, everybody’s standing, less comfortable, and a bit agitated.

Everybody is competing for a good view, yet everyone is worse off!

内卷 (nèijuǎn) originated as a technical term in anthropology to describe “diminishing returns.” It described a situation in which an increase in population was not accompanied by an increase in innovation or productivity.

The term recently leapt out of the ivory tower and into every corner of Chinese Internet culture. These days, 内卷 (nèijuǎn) has come to describe (and often express disgust about) the fiercely competitive atmosphere that pervades everything from education to the workplace.

The term 内卷 (nèijuǎn) has come to be a rallying cry for China’s beleaguered millennials, many of whom are sick, tired, and burnt out from quite literally working or studying from 9 in the morning until 9 at night, 6 days a week. This is known as China’s infamous "996 work culture."

Using the term 内卷 (nèijuǎn) is about more than just wringing one’s hands at the state of society, however. Instead, the conversation around 内卷 (nèijuǎn) is making a subtler point by highlighting the fact that the cutthroat competition that 内卷 (nèijuǎn) describes is both brutal and senseless.

In the opinion of many of the Chinese netizens who have latched onto this term and contributed to its soaring popularity, the mounting competitiveness of the last decade hasn’t led to the miraculous gains in economic efficiency seen in the 80’s and 90’s. It also hasn't contributed to higher levels of literacy among middle schoolers.

Instead, everybody is just stressed out and their legs hurt from standing in the movie theater for no reason. 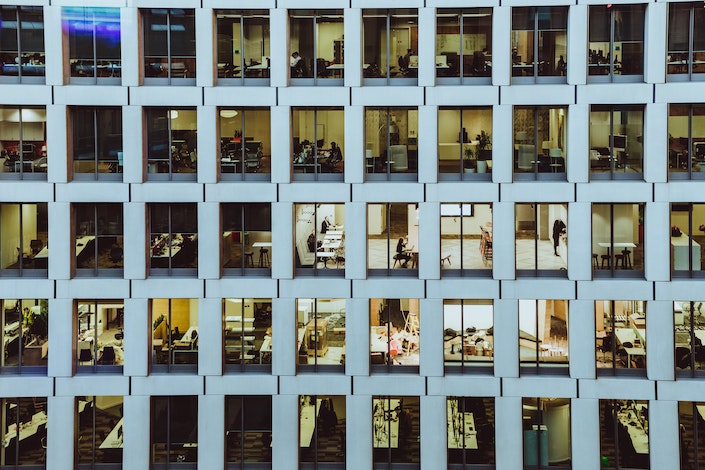 The term 内卷 (nèijuǎn) is used to criticize the pointless nature of China's rat race.

What do you do after peering through the looking glass and recognizing the true nature of China’s 内卷 (nèijuǎn) rat race?

Yup, lie down flat on the ground and 休息一下 (xiūxí yīxià; take a rest). Take it easy, take a nap, take a break, take a day off from work, or, better yet, take two. I mean, why are you number crunching for that Black Mirror tech company anyway? Didn’t your buddy say that the teahouse in the park by his house was hiring a manager?

Picture it: bamboo chairs, old folks playing Chinese chess, songbirds flitting through the trees, steaming cups of tea… doesn’t that sound nice? Sure, the pay won’t be a quarter as good, but money can’t buy happiness. We’re talking about quality of life here. This is the spirit of 躺平 (tǎng píng). 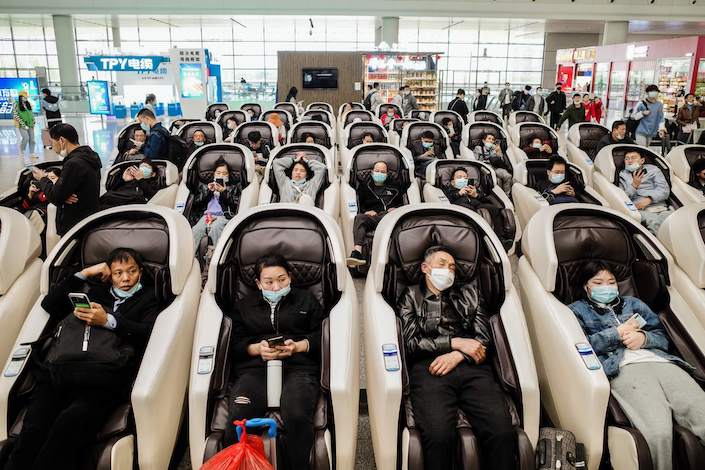 Tang ping (躺平 tǎng píng) is a lifestyle and social protest movement in China that emerged around April 2021. It is a response to and rejection of societal pressures to overwork (for example, rejection of the so-called 996 system).

The current popularity of “lying flat” is connected with and in some ways a response to the problem of 内卷 (nèijuǎn). However, not everybody is a fan of this newfangled notion.

躺平 (tǎng píng) has attracted the ire of both older generations (“Avocado-on-rice eating millennials! When I was your age there wasn't even such a thing as a midday lunch break!”) and government officials (“The motherland is not developed enough to have the youth checking out of the workforce. Pull up your socks and fill out those Excel sheets!”).

Emerging originally from the world of gamers, the phrase 破防了(pò fáng le) was initially used in the context of one’s virtual city being overwhelmed by the invading forces of the enemy:

In other words, “Our defenses have been breached! We’re compromised!”

As often happens, the Internet snatched this phrase, retained some limited, context-specific aspects of its original meaning, and inflated it.

It is no longer your in-game city walls that have been overrun, but rather your psychological defenses.

Indeed, this phrase is so popular that the major Chinese video streaming site Bilibili selected 破防了 (pò fáng le) as their “comment of the year.” 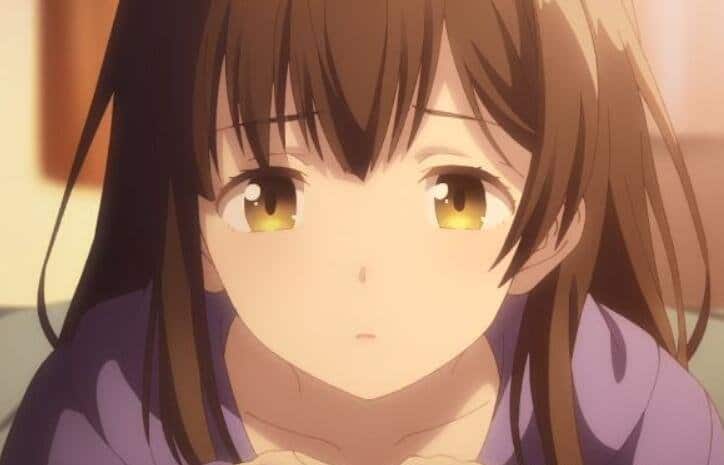 The defenses are down; the enemy has broken through

Congrats! You’re officially up to speed on some of 2023’s hottest Chinese Internet slang.

To utilize your new net-friendly vocabulary, try engaging with Chinese people online by dropping a comment on a Chinese video or typing out one of these phrases during a WeChat conversation — native speakers will be amazed by your authenticity and cultural awareness.

Remember, if you’re looking for more opportunities to test out your language skills, studying in China is the premier path to fluency. If you can’t travel to China right now, CLI’s online lessons provide an ideal way to build and refine your Mandarin abilities from the comfort of your own home.

Whatever you do, make sure to keep incorporating some fun and fresh lingo into your study routine—you’ll become a Chinese language “yyds” before you know it! 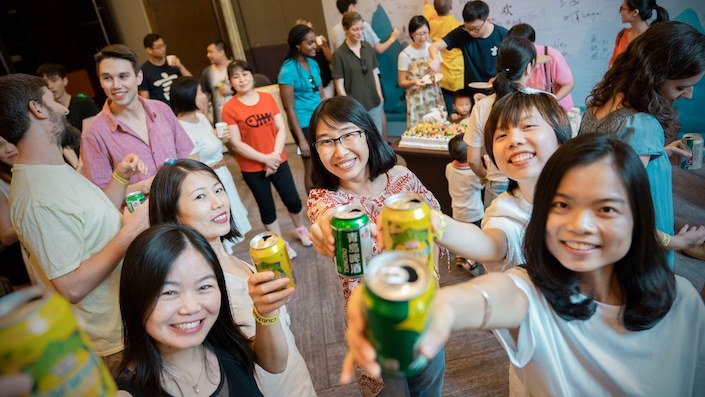 Learning Chinese Internet slang is a great way to connect with members of China’s younger generation on their own terms.