An Introduction to Chinese Numerology

Chinese numerology might seem like an obscure field, but this unique set of beliefs plays a big role in modern Chinese culture. Having an understanding of the various superstitions and taboos surrounding numbers is essential in order to engage in some of today's most common Chinese cultural practices, like gifting lucky red envelopes. Read this article to gain insight into this quirky aspect of modern Chinese life. 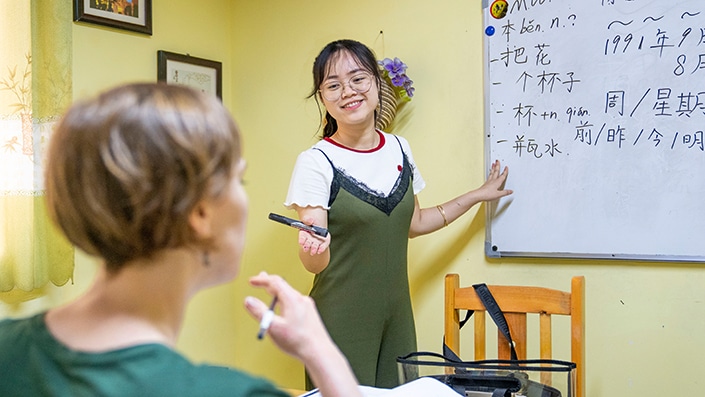 Chinese Numerology: The Meaning Behind the Numbers

Chinese homophones have a profound influence on Chinese culture. In Chinese numerology, certain numbers are considered to be auspicious (吉利 jílì) or inauspicious (不吉 bùjí), mainly due to their pronunciation.

In traditional Chinese culture, most numbers have some sort of special meaning. For example, many Chinese people consider the numbers 2, 8 and 9 to be very auspicious, while believing 4, 5 and (sometimes) 7 to be inauspicious.

According to Chinese numerology, pairs are auspicious. This helps explain why it's common to see 双喜 (shuāngxǐ “double happiness”) on wedding couplets. The same concept applies during Chinese New Year, when people decorate their houses by hanging couplets on both sides of their doors.

The auspicious number 8 (八 bā) sounds like 发 (fā) which is the verb for 发财 (fācái; to get rich).

The number 9 (九 jiǔ) sounds like 久 (jiǔ) which means a long duration of time. Therefore, it represents longevity and eternality. Thanks to this symbolism, Chinese lovebirds often incorporate this number into romantic gestures (e.g., getting married on September 9th, offering 99 roses during an engagement, etc.).

Fun fact: There are 81 nails on the gates of the Forbidden City, created by a 9x9 row.

Chinese people often use the numbers 2, 8 and 9 when offering red envelopes (红包 hóngbāo) as gifts. In general, most people usually choose to gift money in amounts like 88, 99 or 200. 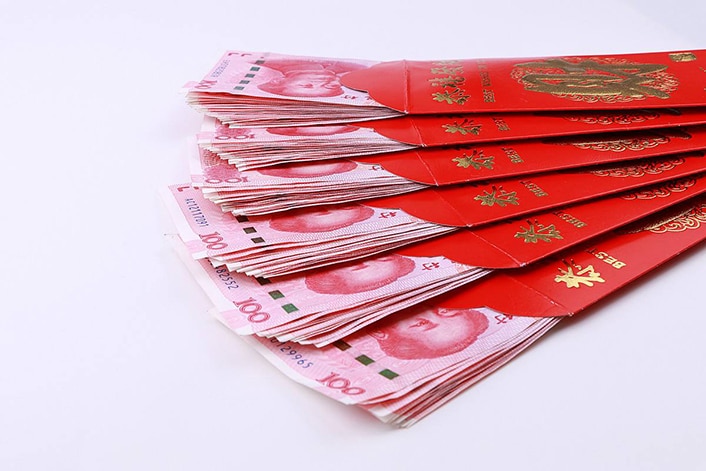 When gifting red envelopes, make sure to only include an auspicious amount of money to avoid offending your Chinese friends.

Number 4 (四 sì) sounds like 死 (sǐ; to die). Because of its negative association with death, most people consider this number to be so unlucky that many buildings in China do not even have a “fourth” floor. The number 4 is also unlikely to appear on house/door numbers and car license plates. Whenever, possible, many people will also try hard to avoid choosing telephone numbers that contain the number 4.

The number 4 is the most unlucky number in the realm of Chinese numerology, akin to the number 13 in Western countries.

5 (五 wǔ) sounds like 呜 (wū), which is onomatopoeia for whimpering and crying. Therefore, it is generally considered an unlucky number.

Compared with clear-cut positive numbers like 8 or negative numbers like 4, the number 7 errs on the more neutral side of things. On one hand, the sound of the Chinese word for 7 (七 qī) corresponds with that of positive words like 齊 (qí; uniform, even), 气 (qì; life force, energy) and 起 (qǐ; to stand up). Seven is thus usually considered a lucky number for relationships.

However, the ghost festival (鬼节 Guǐjié) is celebrated on the 7th month of the Chinese lunar calendar. The Chinese word for 7 also sounds like 欺 (qī; to deceive).

Did you know that you can count to 10 in Chinese just using one hand?! Understanding the unique hand gestures used to represent Chinese numbers is essential when bargaining with vendors during visits to shops or vegetable markets. Watch the following video to learn the gestures: 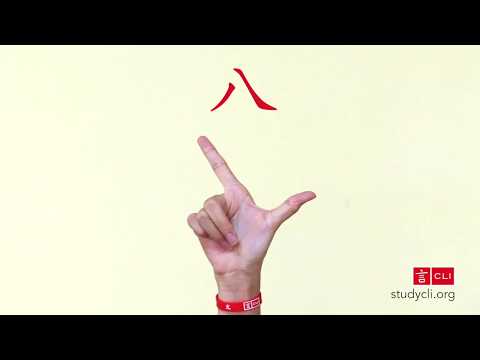 Due to the huge number of homophones in Chinese, many different Chinese internet slang expressions have been created using just numbers. This is called 数字表示汉字 (shùzì biǎoshì hànzì; “numbers replacing characters”). Here are some of the most common examples:

250 basically means “stupid” or “half-insane.” There are a few different theories about the origin of this phrase. One is that it is derived from the old coin system used in ancient China where 1,000 coins were grouped by a string called a 吊子 (diàozi).

Another theory is that money was commonly grouped in envelopes of 500s (一封; yifēng; one envelope). 250 was 半封 (bànfēng; half an envelope), which sounds like 半疯 (bànfēng; half-insane) in both Mandarin and Cantonese.

Regardless of its origin, 二百五 (èr bǎi wǔ; 250) essentially translates to the English equivalent of “stupid,” or “not playing with a full deck.”

As previously mentioned, the number 5 sounds like “呜”, which is onomatopoeic for whimpering. Therefore, many netizens will use “555” to express sadness and sorrow.

When read in Chinese, 1314 (yīsānyīsì) sounds similar to 一生一世 (yī shēng yī shì; “one life, one world”). This means “for the rest of my life” or “forever.” Combine this with 99 roses and you have yourself the perfect marriage proposal!

Numbers are also used for a variety of different games. Check our article on the popular Chinese 15-15-20 game to find out more! 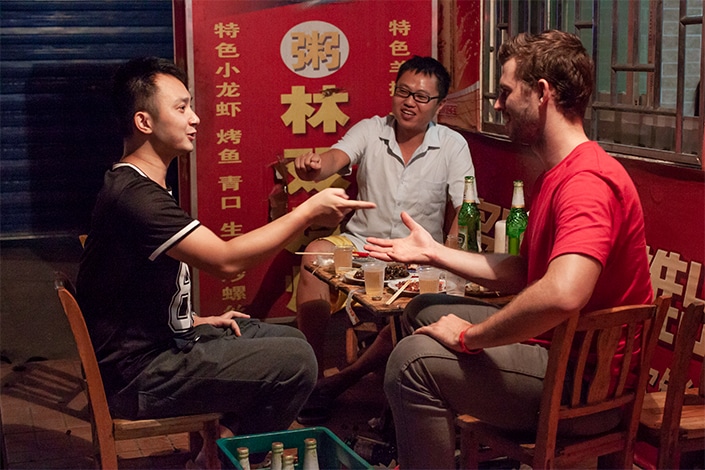 Did you know there are two sets of Chinese characters used for numbers?

Since Chinese characters are used to represent numbers, there are two versions used every day: 小写 (xiǎoxiě; lowercase) and 大写 (dàxiě; uppercase). The former is used in everyday general contexts, whereas the latter is mainly used for financial transactions.

The standard version of Chinese numbers (or 小写; xiǎoxiě; lowercase) can be easily changed around due to the simplicity of the characters. Therefore, people working in the financial industry use the more complex traditional Chinese versions of numbers in order to avoid forgery.

In fact, 大写 (dàxiě; uppercase) was first implemented during the Ming dynasty by the Hongwu Emperor Zhu Yuanzhang after a major corruption case involving officials who stole and resold state grain. The officials were sentenced to death and the emperor ordained a new system to write monetary figures.

Today, 大写 (dàxiě; uppercase) is commonly translated as “banker’s anti-fraud numerals” since they are now used in the financial industry to avoid forgery.

Numbers are an interesting part of the Chinese language, and now that you know more about the meanings behind them, you can use them to learn slang and even a few fun games!