“Five,” she yells as her right hand opens, left hand closes, and I close both of mine. Ugh, she wins again.

“No worries,” I think to myself. “I know what she'll do next; whenever her right hand is open, her next move is always to open her left hand and call ‘ten.’ I’ll play this next round safe and open both hands.”

Here it comes… “WHAT?” She kept her hands how they were and called “fifteen!” She wins again! 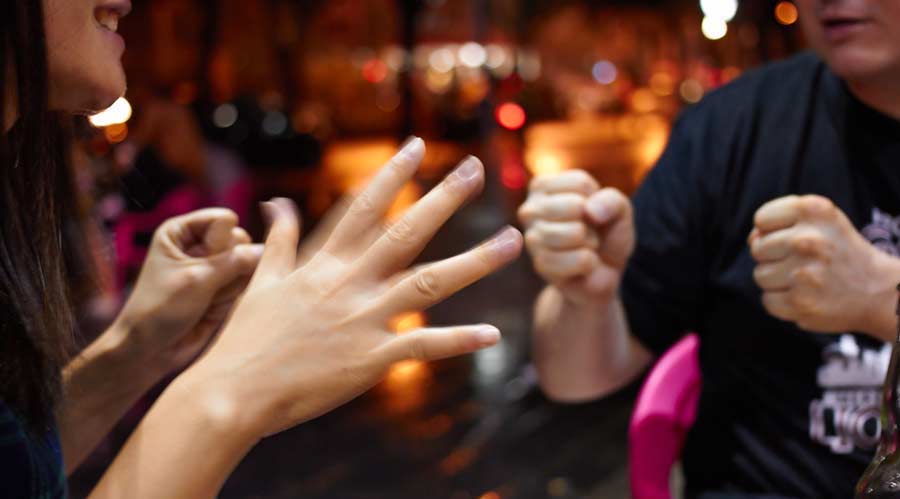 0-5-10-15-20 (or shíwǔ, shíwǔ) is a great Chinese game that can be used to decide anything from who chooses tonight’s restaurant or sits in the best seat to who pays for this round of drinks or needs to take a drink now!

Now that you know how to play, be careful not to fall into predictable patterns, and don’t let your opponent know if you know what he or she is thinking! Good luck out there!!