In traditional Chinese culture, each lunar year is associated with an animal that represents an astrological sign. Known for being loyal and honest, the dog is associated with year 11 in the cyclic 12-year Chinese zodiac calendar. Read on to learn more about the Year of the Dog and the importance of lunar astrology in the Middle Kingdom. 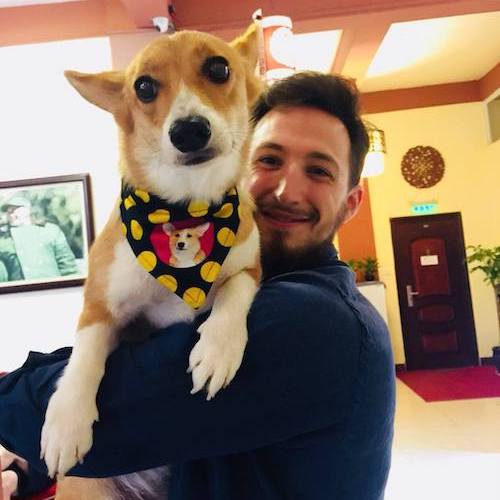 When is the Year of the Dog?

The Chinese Calendar is luni-solar and based on a 12-year cycle in which each new year is associated with one of 12 Chinese zodiac animals, which always appear in the same order. These 12 animals are the Rat, Ox, Tiger, Rabbit, Dragon, Snake, Horse, Sheep, Monkey, Rooster, Dog and Pig. With each passing lunar year, the 12-year zodiac cycle rotates to the next animal in line.

Because the lunar calendar isn’t standardized the way that the Western calendar is, the dates of the Chinese New Year holiday — and thus, the date of the switch from one zodiac animal to the next — vary from year to year. For example, in 2021, Chinese New Year fell on February 12, ushering in the Year of the Ox. In 2022, Spring Festival is set to take place on February 2, which will mark the beginning of the Year of the Rabbit. 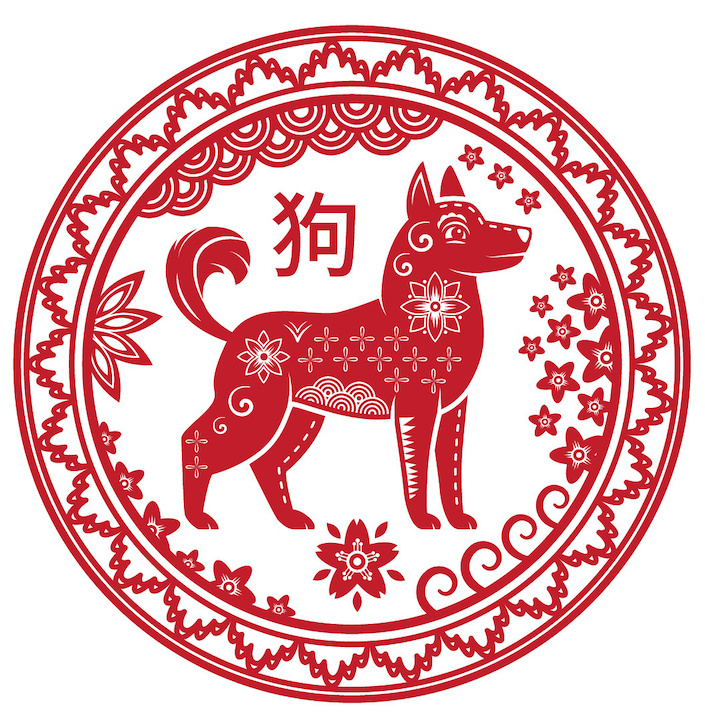 The dog comes second-to-last in the sequence of 12 animals that make up the Chinese zodiac.

In addition to being associated with a zodiac animal, each new lunar year also aligns with one of the five traditional Chinese elements, known in Chinese as the 五行 (wǔxíng).

While we won’t delve into the details of this aspect of zodiac philosophy due to its complexity, keep in mind that each lunar year consists of a combination of 10 heavenly stems (干 gàn) and 12 earthly branches (支 zhī), which unite to form a system of 60 stem-branch combinations. Each combination is symbolized by one of the five elements (fire, water, wood, metal and earth).

According to this system, 2030 is the Year of the Metal Dog.

For anyone interested in diving deeper into doctrines of Chinese astrology, the internet provides a great database of resources for continued study.

The dog in Chinese culture

To better appreciate the rich symbolism associated with the Year of the Dog, it’s important to understand the place of the dog in Chinese culture more generally.

The myth of the dog

There are several myths used to explain the origins of the dog zodiac sign and how the dog came to represent the 11th year of this auspicious cycle.

According to one well-known story, the mythological Jade Emperor (one of the first representations of God in Chinese theology) sought 12 animals to defend his palace. In order to identify the most worthy animals for the task, he held a grand competition by inviting all animals on Earth to his palace for a festive banquet. Per the Emperor’s decree, the 12 animals arriving first would be named as winners.

While on his way to the palace, the dog decided to stop for a quick bath in the river. This caused him to arrive late. By the time he got to the palace, 10 animals had already arrived, so the dog ended up as number 11 on the zodiac, between the Rooster and Pig. The Year of the Dog is thus the eleventh year of the Chinese astrological calendar. 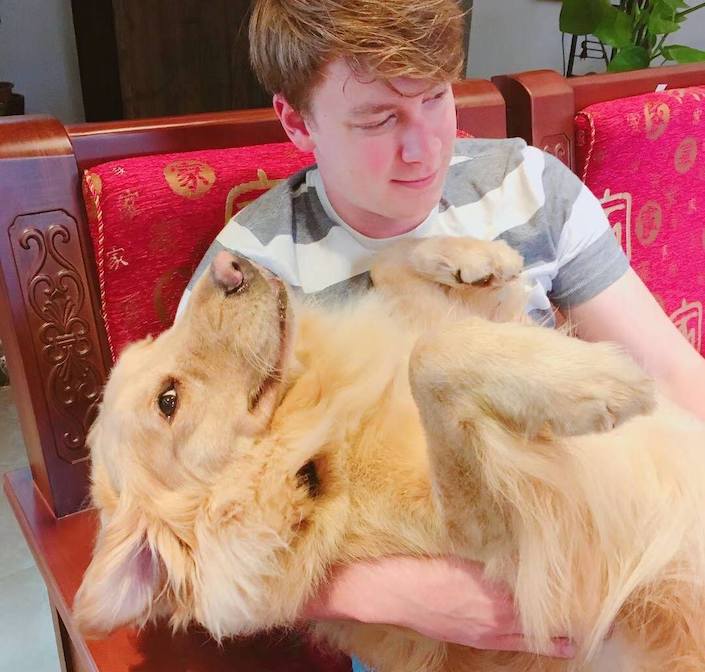 The story of the Jade Emperor’s race is the most common story that’s used to explain how the dog and other animals became part of the Chinese zodiac calendar.

Characteristics of the dog

The dog is the ultimate symbol of loyalty, honesty and friendliness according to Chinese astrology. People with this astrological sign are thought to be reliable, genuine and forthright in their dealings with others. Protective of those that they love, they offer undying friendship and are generous and willing to do anything for their friends. Dogs are also sensitive to their surroundings and possess a keen eye for detail.

However, dogs, like other zodiac animal signs, are also associated with several negative traits.

They are known for being overly judgemental, self-righteous and pessimistic. It can be difficult for dogs to compromise and they may come across as opinionated or difficult to please. Consumed by their quest to do what is right, they may become easily depressed, disappointed or emotionally insecure. 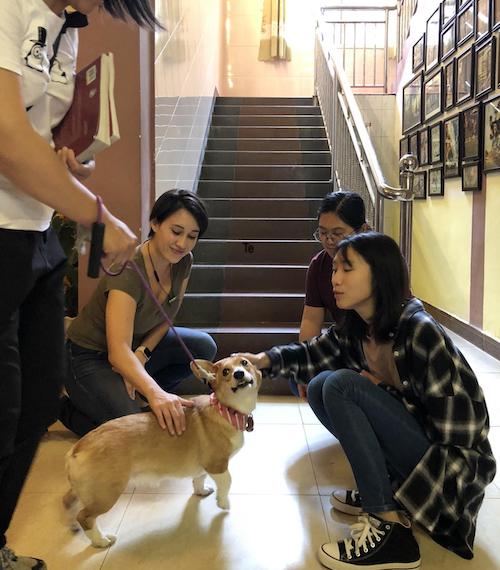 Like all of the other zodiac animals, dogs are associated with certain negative and positive personality traits.

Compatibility with other zodiac animals

People born in the Year of the Dog are most compatible with those born in the Year of the Rabbit, Horse and Tiger. Horses and dogs often have deeply understanding and long relationships built on mutual respect and trust. Kindness from tender rabbits helps dogs feel loved and supported, while the protection offered by courageous tigers helps dogs feel safe and more willing to take risks.

However, as is the case with the animals associated with every sign on the Chinese zodiac, dogs are incompatible with some zodiac animals. Dogs and dragons, in particular, are known to have frequent personality conflicts due to their shared headstrong nature. Also, dogs don’t interact well with oxen or goats. 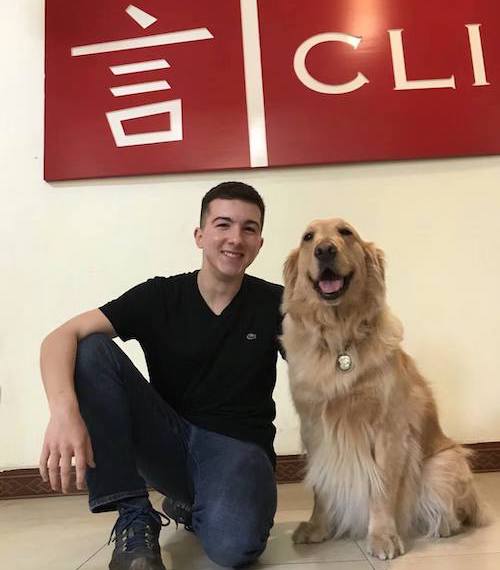 Celebrating the Year of the Dog

Understanding the Chinese zodiac, Chinese New Year and the importance of these customs in Chinese culture is a useful way to educate yourself about Chinese history and society.

Check out this TED Talk by Chinese educator Shao Lan to understand more about how the zodiac affects life in China, and even the whole world, today:

Because Chinese New Year is the most important holiday in China and is observed all over the world by members of the Chinese diaspora, Chinese language students would be wise to educate themselves about the customs surrounding this important tradition.

Consider traveling to China next Chinese New Year and immersing yourself in Chinese language and culture by taking online Chinese lessons in the meantime!

Vocabulary for the Year of the Dog