An ancient, cross-cultural symbol of ferocity, bravery, and intelligence, the tiger occupies a unique position in traditional Chinese mythology and culture. Join us as we take a winding journey into this astrological world of legend and luck, and get to the bottom of the Year of the Tiger.

Although the Chinese zodiac (生肖 shēngxiào) bears some resemblance to the western zodiac (a cycle of 12 distinct signs that are based on one’s birth), it also boasts a number of special characteristics:

The Chinese zodiac is based on the 12 sign luni-solar Chinese calendar (农历 nónglì) which categorizes people according to their birth year. 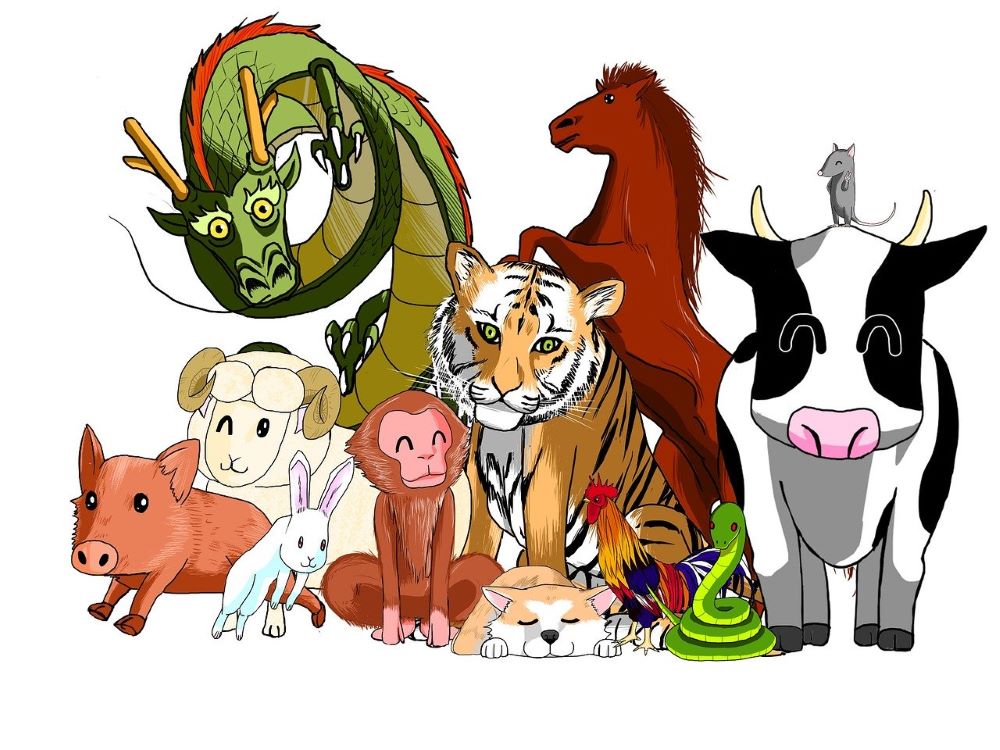 There are 12 animals in the Chinese zodiac.

The origin of the Tiger

The most common legend used to explain the specific order of the animals in the Chinese zodiac is known as the “The Great Race.”

The myth of the Great Race

The Great Race was a special event held by the Jade Emperor (玉皇 Yùhuáng), a sort of great heavenly grandfather said to rule over all creation. He declared a race in which various animals would compete with each to reach the far bank of a river.

The first 12 animals across would each be given the right to represent one of the 12 years of the zodiac.

The crafty Rat was able to finish the race first by riding across the river on the back of the Ox. Just as the Ox was about to cross the finish line, the Rat leapt through from the Ox’s back. Then, he made a mad dash to the end, claiming first place through a combination of quick-thinking and treachery.

After the Rat, in second place, came the Ox.

Due to his competitive nature and ability to run quickly, the Tiger was the next animal to cross the finish line, earning himself a perpetual place as animal number three in the Chinese zodiac. 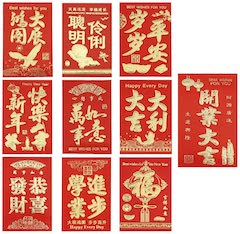 Much like the animal after which they are named, Tigers are known to have potent personalities.

However, their strength is also their weakness. They are fundamentally dangerous animals. As the well-known Chinese idiom says: “If you ride a tiger, it’s hard to get off” (骑虎难下 qíhǔ-nánxià; used figuratively to refer to the impossibility of stopping halfway).

Renowned as they are for their forceful presence and charm, they are also feared for their vaulting ambition and their tendency to be unpredictable. Tigers are said to be mercurial, irritable and prone to whims and flights of fancy. 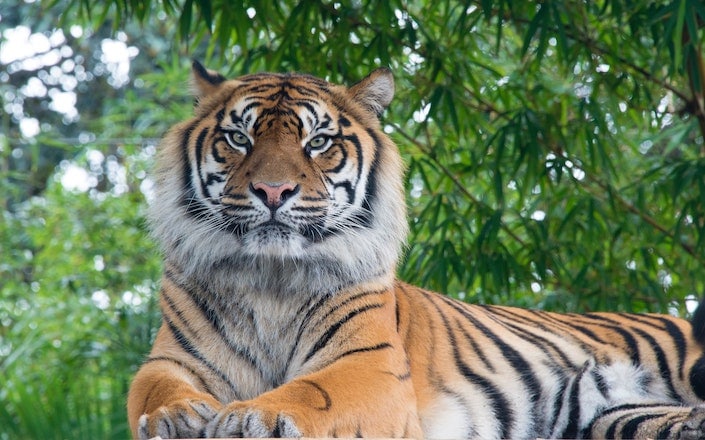 People born in the Year of the Tiger are said to be strong and self-assured.

The Tiger in Chinese culture

The storied position of tigers in Chinese culture is obvious. From art to architecture, from religious parables to bedtime stories, from the names of buildings to the names of mountains—tigers command a position of prominence.

In the traditional Daoist worldview, tigers are the avenging servants of justice. They are placed in direct opposition to evil spirits and are powerful representatives of divine providence. Many Daoist tales are punctuated by the wicked villain being slain by a roaming tiger.

Because of the tiger’s association with apotropaic magic, the walls of Daoist temples swarm with their nimble bodies.

One of the central sacred spots of Daoism is Dragon Tiger Mountain, known in Chinese as 龙虎山 (Lónghŭ Shān). Located in Jiangxi province, this mountain is said to be one of the birthplaces of Daoism. 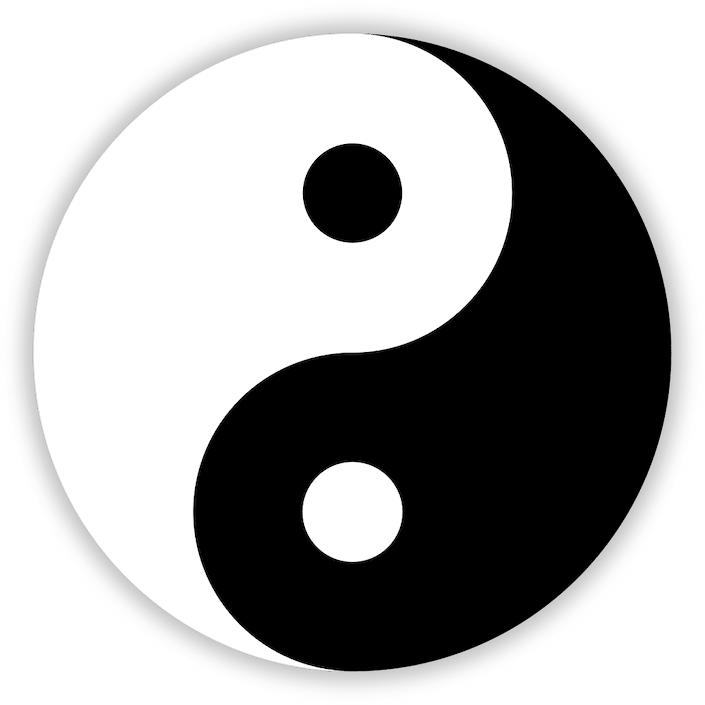 Tigers are a positive symbol in traditional Daoist mythology.

Since ancient times, the body of the tiger has been coveted by certain practitioners of traditional Chinese medicine (TCM). Recent archeological excavations of hunter gatherer sites have revealed that tiger bones and body parts were being collected by the ancestors of the Chinese people over 10,000 years ago.

It is said that when the claws of a tiger are transformed into amulets, they endow the wearer with the invincible courage of the great cat, dispelling all fear. Other parts of its body are believed to be equally medicinal, with some organs used as painkillers and aphrodisiacs.

One unfortunate consequence of these traditional beliefs is that tiger populations have collapsed and extinction is a real possibility.

Here are some life hacks for those born in the Year of the Tiger.

Tigers, much like their regal siblings the Dragons, are magnetically drawn to leadership roles. Their quick thinking and boldness makes them naturally suited to positions of power. They crave attention and are able to easily command a room.

CEOs, chief marketing officers, actors, comedians, managers of all types, artists and writers are all likely to have been born in the Year of the Tiger.

Each sign of the Chinese zodiac is associated with certain lucky and unlucky numbers and tigers are no exception. In their daily affairs, Tigers must keep a vigilant eye out for the following numbers.

Good luck is associated with the numbers 1, 3, and 4. Additionally, any combination of these numbers is especially well regarded (so, for example, 41 or 31 would be particularly auspicious combinations).

When the numbers 6, 7 and 8 are encountered, however, bad luck is bound to be nearby. As with lucky numbers, combinations of bad numbers are also said to multiply their potential for evil. Therefore, Tigers should stay away from numbers like 67, 78 and 87.

If gifting a Chinese hongbao upon the Chinese New Year or to a friend on their birthday, remember to keep these lucky and unlucky numbers in mind.

Tigers and their loved ones must strive to avoid those elements that permit bad luck to enter while staying close to the elements that cultivate good luck.

An excellent way to fend off inauspicious energies is to keep in mind which colors were made for a Tiger and which must be kept at arm’s length.

Lucky colors for tigers include blue, gray, and orange. If you’re a traditional Tiger, you can consider painting your spare bedroom these colors, buying a bead bracelet with these as the main theme or even choosing your MacBook’s color based on this recommendation. Just remember to maximize your contact with them.

Tigers have only one unlucky color: brown. Avoid it at all costs. 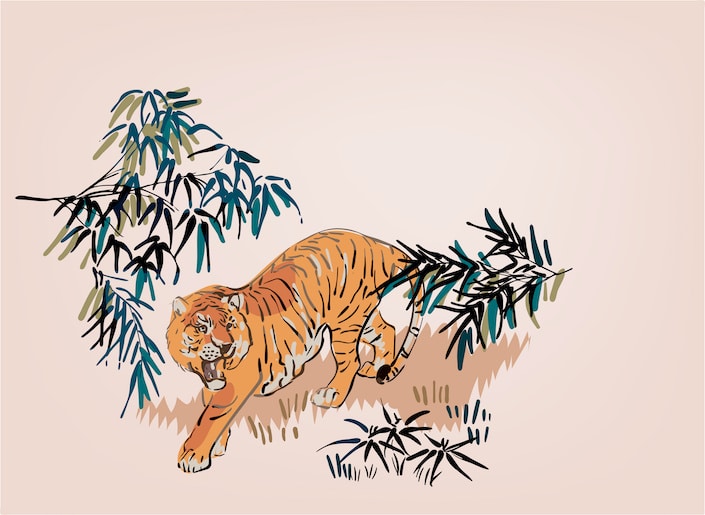 Blue, gray and orange are considered lucky colors for those born in the Year of the Tiger.

Love. L’amour. 爱情 (àiqíng). That most mysterious, rewarding and dangerous of human journeys. Perhaps unsurprisingly, the Chinese zodiac has a lot to say about love.

Relationships with those born in the Year of the Dragon, Horse or Pig represent the Tiger’s best bets for lifelong commitment. If you’re hankering for a life of misery, discontent and endless bickering, find yourself an Ox, a fellow Tiger, a Snake, or a Monkey.

Certain animals of the Chinese zodiac are thought to be more compatible than others.

Mandarin and the Year of the Tiger

One of the best ways to gain a true understanding of Chinese zodiac signs and how they influence the day-to-day life of the average person in China is by learning how they are interwoven into the Chinese language itself.

The easiest way to do this is by enrolling in some online Chinese classes and discussing the endless nuances of the Year of the Tiger with one of the excellent Chinese language and culture experts at CLI.

Or, better yet, come join us in Guilin for complete cultural immersion in the country that gave birth to the Chinese zodiac system! 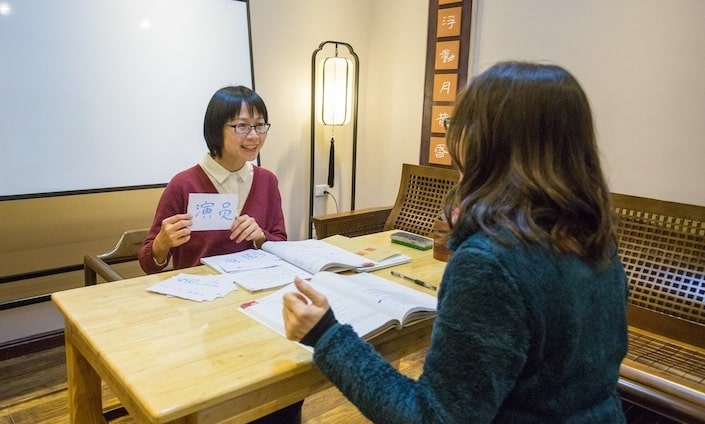 CLI is the perfect place to expand your knowledge of Chinese language and culture.

Year of the Tiger vocabulary 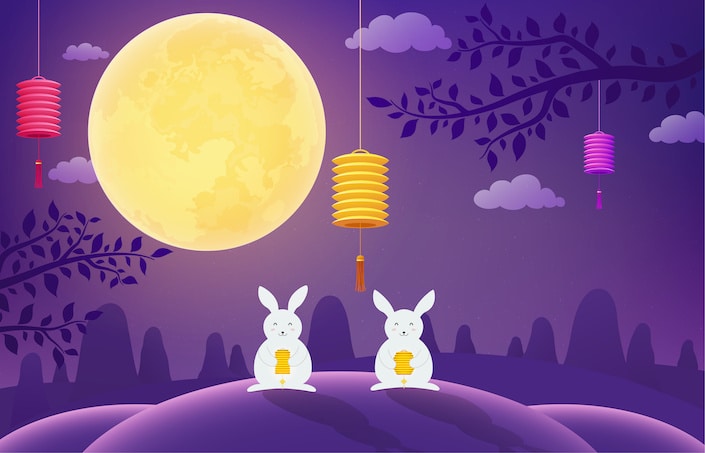 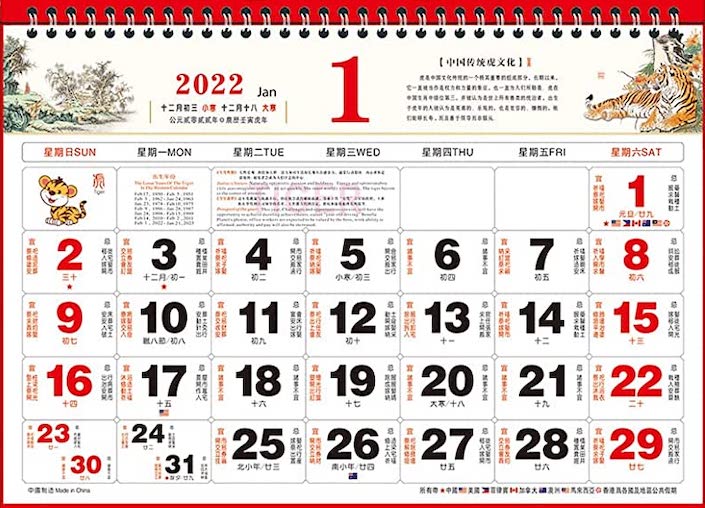 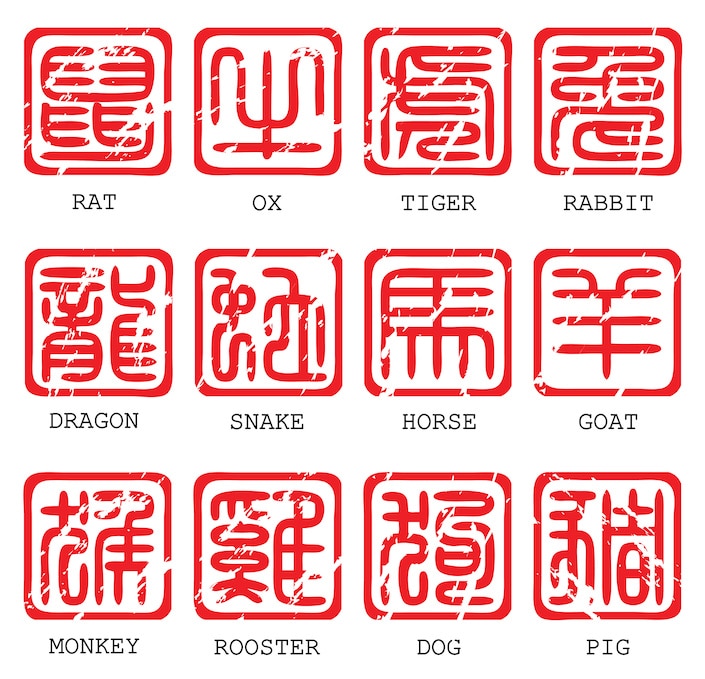 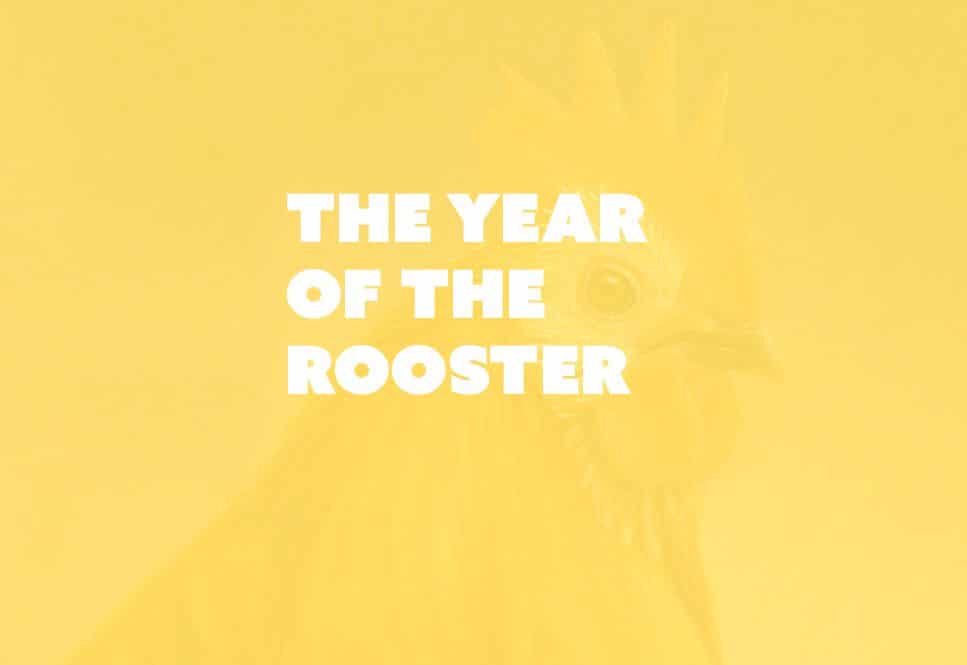 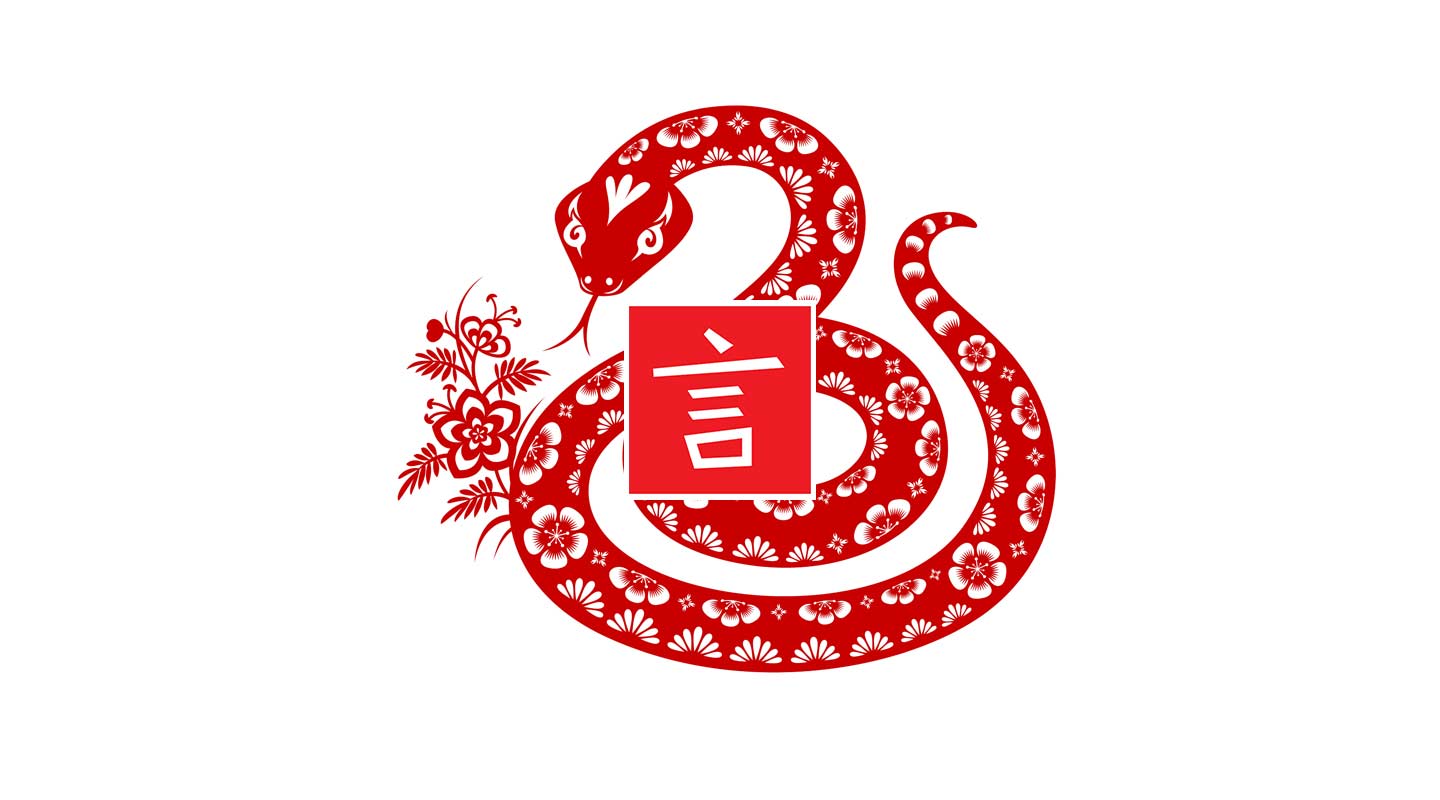