Chinese Proverbs and Idioms on Learning and Education

Proverbs and idioms are integral components of the Chinese language. Passed down through the ages, these concise sayings often aim to impart inherited wisdom, historical tales, and even moral insights. Chinese proverbs about learning are perhaps the most profound of them all.

Read on to learn 12 great Chinese sayings about the world of learning and education. 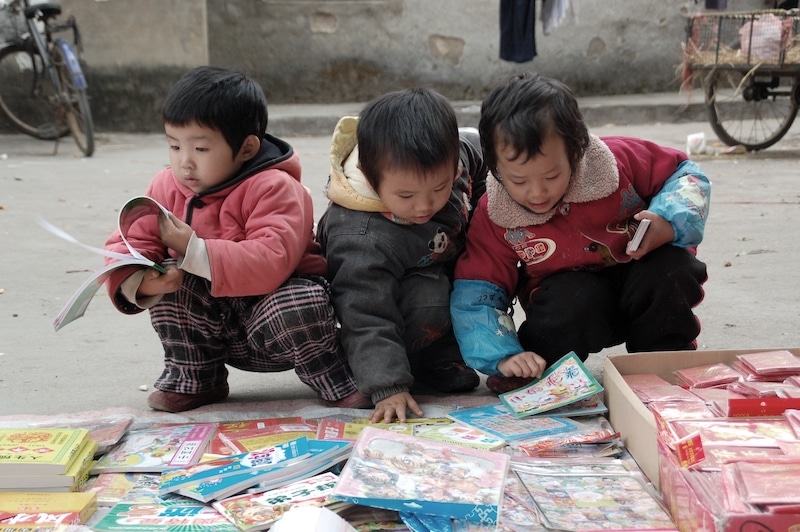 One of the best ways to understand the immense value that Chinese culture places on learning is to explore education-related proverbs.

These concise statements can also serve as a source of inspiration for Chinese learners throughout their journey towards Mandarin mastery. 加油！

Here's a more detailed explanation for each of the above Chinese proverbs about learning: 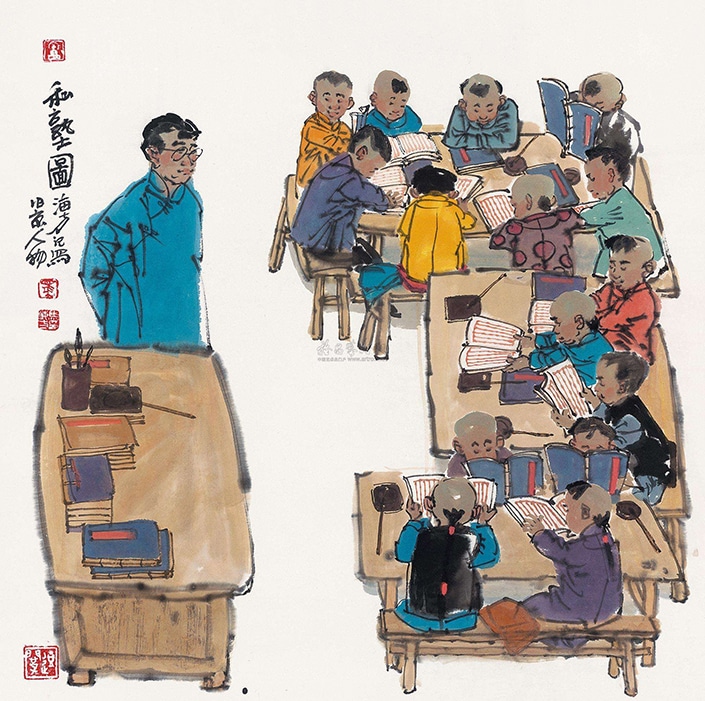 A drawing featuring a traditional Chinese school in the early 20th century.

A brief history of education in China

As home to one of the world’s oldest civilizations, China has long placed great importance on 教育 (jiàoyù; education). Historians date the beginning of institutionalized education in the Middle Kingdom to the 16th century BC.

The Four Books and The Five Classics

At the time, educational pedagogy was rooted in Confucianism, a moral ideology and school of thought founded by the esteemed scholar, philosopher, and teacher 孔子 (kǒngzǐ; Confucius).

Like filial piety, hierarchical governance, and moral virtue, the essential role of education within China’s broader value system was shaped in accordance with Confucian thought. Speaking to the importance of practice, or learning, as a vital framework in building effective societies, Confucius once said, “By nature, men are alike. By practice, men become far apart.” 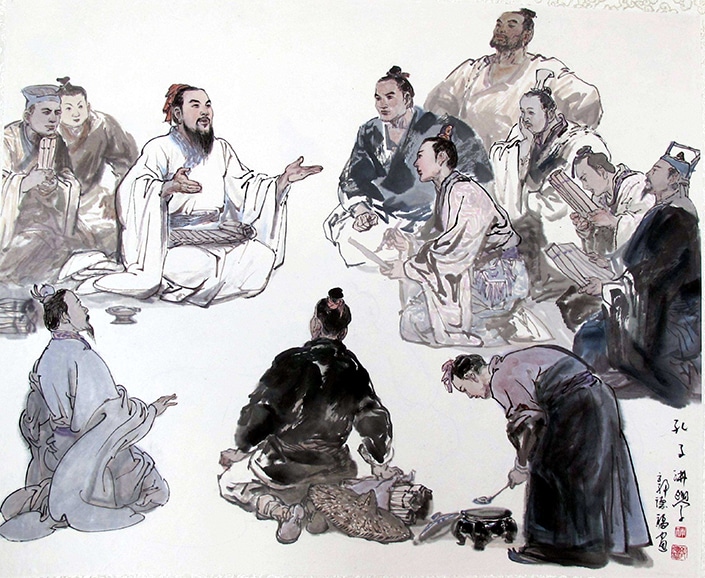 In the early era of Confucian-style education during the Spring and Autumn and Warring States periods (770-221 BCE), schooling was reserved as a privilege for the elite, and academies were established to educate the children of nobility.

Confucian curriculum—as consolidated by his disciples—was based on the philosopher’s founding texts, known as The Four Books and The Five Classics (四书五经 Sìshū Wǔjīng). The Confucian doctrines that emerged during this period created an enduring structure for educational pedagogy in China. 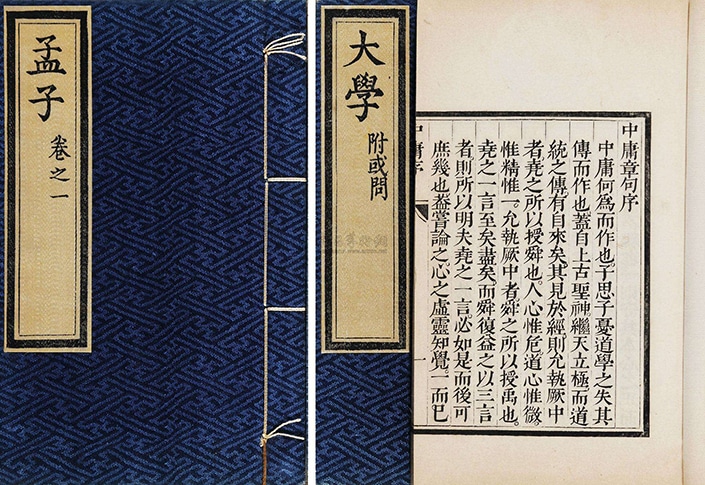 The Works of Mencius & The Great Learning

The complete anthology of the Five Classics

Throughout the subsequent dynasties, official schools and professional colleges sprung up around the nation as Confucian education continued to take root. At the same time, private schools, which also trained students in Buddhism, Daoism, and other schools of thought, were established by scholars and often sponsored by academics belonging to the local elite.

Testing students on Confucian doctrine over a rigorous multi-day exam, the exam offered an opportunity for any male to enter a bureaucratic government position. In many ways, this centralized exam symbolized an inclination towards social mobility taking root across the country. 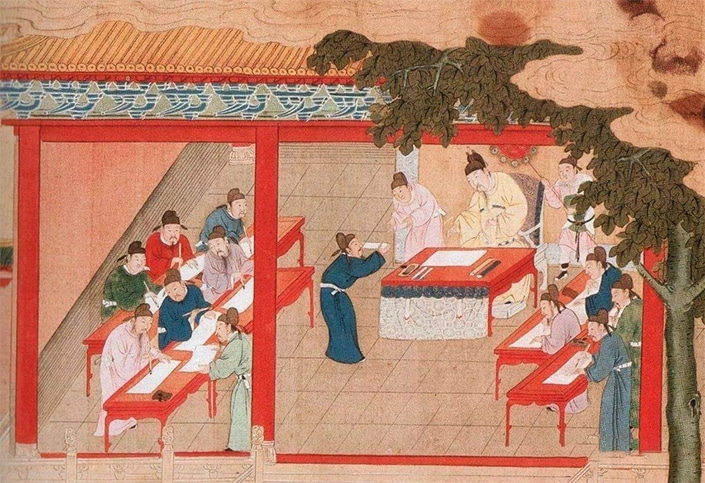 The civil service examination, officially established during the Sui dynasty (581-618 CE), was a highly innovative feature of the Chinese imperial system that promoted achievement through merit rather than birth or family line.

However, while the exam theoretically provided equal opportunity to all candidates, individuals were typically confined in their inherited social class. Despite the innovation, it remained unlikely for a peasant to become a high-ranking official.

In the wake of the Opium War—nearly 1,300 years after initial implementation of the exam—local officials and intellectuals suggested a reframing of the entire educational system in China. The imperial examination was formally abolished with the fall of the Qing dynasty in the early 20th century. Thus, new education models introduced by Japan and the West were inaugurated.

Education remains a cornerstone of contemporary Chinese society. State-run public schools, international private schools, and every model in between can be found operating throughout the country.

In 1986, following China’s 改革开放 (gǎigé kāifàng; Reform and Opening-up, a series of economic reforms initiated by Deng Xiaoping in 1978), the Chinese government passed the Nine-Year Compulsory Education Law, deeming it mandatory for all children to attend nine years of basic, formal education.

China’s Ministry of Education estimates that 99% of the country’s youth participates in nine years of basic schooling. Furthermore, it estimates that over 96% of China’s adult population is literate, a staggering accomplishment considering its challenged starting point at the conclusion of the Mao-era. 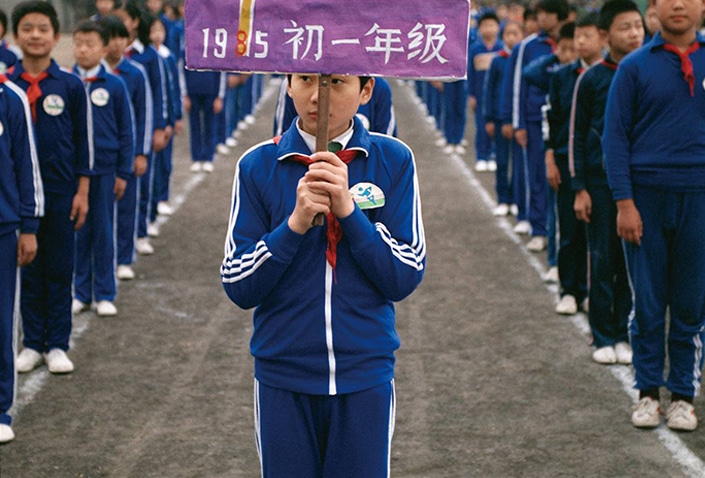 A day in the life

A typical school day for children in China begins around 7:00 AM and finishes late in the evening. Students’ schedules are filled with general subjects such as English, Chinese, math, science, history, and geography. Chinese students also have daily breaks for physical exercises and extracurricular clubs.

During the weekends and evenings, most students also participate in 补习班 (bǔxíbān; training school) courses to strengthen their academic skills and better prepare them for acceptance to a top university.

If you’ve ever chatted with Chinese friends about their school experience or taught English in China, you have undoubtedly heard of the 高考 (gāokǎo; literally meaning “high exam”), the national exam required for college admission and considered to be the pinnacle of every Chinese students’ K-12 education.

Reminiscent of the imperial exam in terms of social significance, the gāokǎo is often regarded as the most important rite of passage for many young people, dictating their school curriculum and in many ways determining their future. 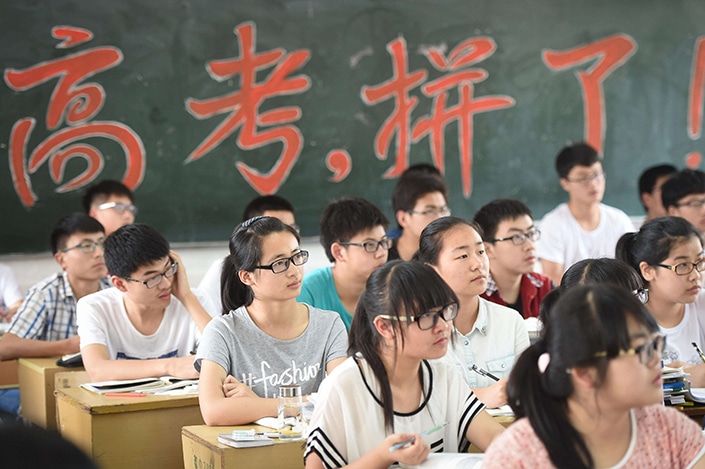 Learning in China and learning overseas

Improving the quality of education and providing universal access to all citizens continues to be a major focus of China’s development initiatives.

While browsing through the above proverbs and vocabulary list, you may notice that several words and phrases contain the character 学 (xué; to study). As one of the 100 most common Chinese characters, 学 (xué) is both widely used and straightforward in meaning. It’s also one of the first words that most Chinese language students learn.

学 (xué) is primarily used to mean “study” as a noun (e.g., a field of study) or verb (to study) and can also mean “-ology” or “study of” (e.g., biology 生物学 shēngwùxué or philosophy 哲学 zhéxué).

Paired with 习 (xí; practice or habit), 学习 (xuéxí) becomes one of the most common character compounds, translating into English simply as “study.”

We invite you to check out CLI's introduction to Chinese idioms and our article on Chinese proverbs about family. Last but not least, we welcome you to learn Chinese in China with CLI as your guide.