The weather has the power to impact almost every aspect of daily life and shared experiences with various meteorological events are common topics of conversation. Read this article to discover all of the vocabulary and grammar you need to talk about the weather in Chinese no matter where in China (or the world) you live.

How to talk about the weather in Chinese, rain or shine

Weather, known as 天气 (tiānqì) in Chinese, is a popular subject of discussion. In this article, we’ll explore some of the most basic weather-related terms, plus learn more advanced vocabulary that can be used to talk about both everyday and extreme weather events with more detail and precision. 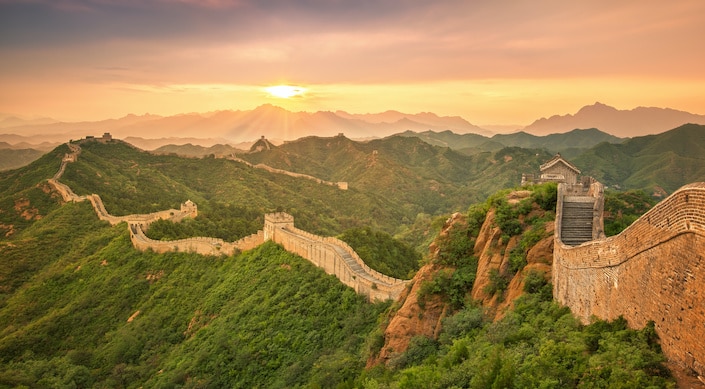 When you’re talking about the weather, there’s always something to say.

Basic phrases for talking about the weather in Chinese

Before we dive in and start exploring specific vocabulary for different types of weather, let’s first learn some basic phrases for talking about the weather in Chinese.

First of all, if you prefer to ask someone how the weather is instead of checking the weather report (天气预报 tiānqì yùbào) yourself, use the following phrase:

If you find yourself being asked this question and don’t want to get into specifics by describing the actual weather conditions, it’s perfectly acceptable to respond with one of the following more general phrases:

To ask about temperature, use the following phrase:

If it’s around 20 degrees today, you can simply respond: 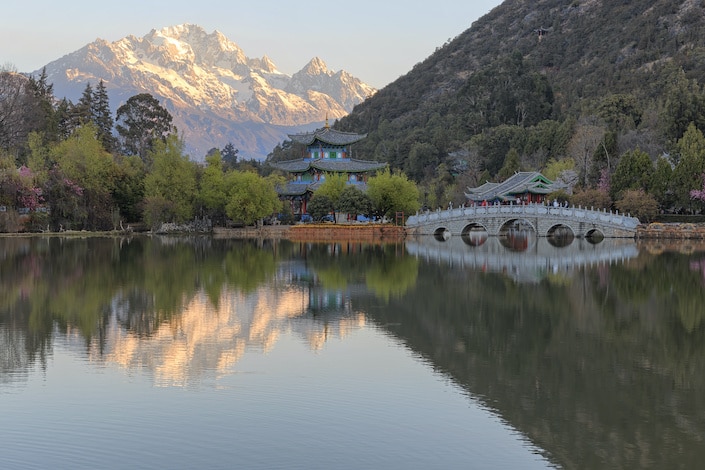 China’s weather is as varied as its natural landscapes.

Make sure you know how to convert to Fahrenheit to prevent yourself from being over or under dressed.

Because 0 degrees Celsius is equivalent to 32 degrees Fahrenheit, if you live in the north you will frequently need to talk about temperatures that fall below zero on the Celsius scale. To do so, simply drop in the phrase 零下 (língxià), which can be translated directly as “below zero.”

If you live in northern China, you’re likely to experience subzero temperatures frequently.

Talking about everyday weather in Chinese

If you want to go into more detail about what exactly the weather is like outside, you’ll need to know some of the basic weather-related vocabulary we’ve outlined in the sections below.

Fun in the sun

Who doesn’t love summer? It’s most people’s favorite season, largely due to the warm, sunny weather.

If you’re struggling to tell your Chinese-speaking friends about the amazing weather you experienced during your most recent tropical beach vacation, the following list of words and phrases should be just what you need.

During your discussions about sunny weather, keep in mind that unlike in the west, purposefully trying to get a tan in China is not a common activity. In fact, having white, untanned skin is seen as ideal, especially for women.

While sunscreen (防晒霜 fángshàishuāng) is becoming more popular in China, it’s still very common to see people carrying umbrellas to protect themselves from the summer sun.

If you live in southern China, chances are you have also experienced another, not-so-fun aspect of summer weather: humidity. In Chinese, if you want to say that it’s humid outside, you can use the word 潮湿 (cháoshī; moist, damp).

If, on the other hand, you live in a desert or just somewhere where the air is drier, you can use the word 干燥 (gānzào; dry, arid).

The air is quite dry in the north. 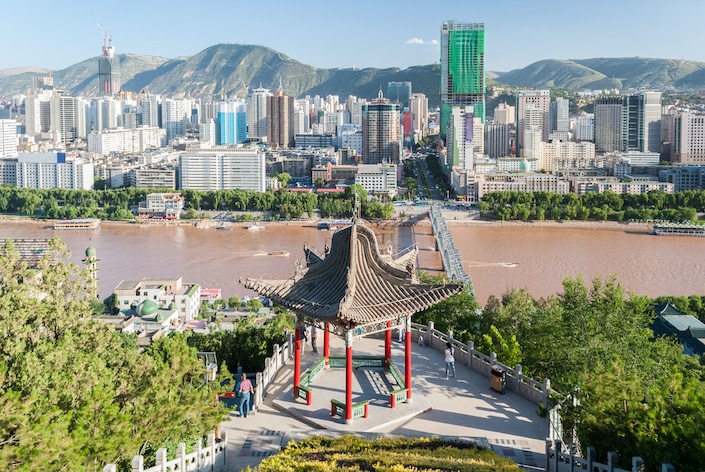 The weather in northwestern Chinese cities like Lanzhou, pictured here, is famously dry.

Of course, it can’t be sunny all the time. The following words and phrases are useful for talking about the weather on rainy days:

In southern China, there are still many people who have never seen snow. However, if you live in a northern Chinese city like Harbin, home of China’s famous ice festival, snow is likely a weekly if not a daily occurrence throughout much of the year. If it’s not snowing, there’s still usually plenty of cold and icy weather to discuss.

Check out the table below for some key Chinese vocabulary used to describe winter weather.

Although they’re fortunately much less common than the other weather events discussed above, it’s also important to know how to discuss extreme weather events in Chinese.

Useful vocabulary for talking about extreme weather events is listed in the table below.

Interestingly, hurricanes (飓风 jùfēng) and typhoons (台风 táifēng) are actually the same thing. A more general term for both terms is “tropical cyclone.”

A note on (Chinese) sandstorms

If you don’t live in a desert, you may not be used to thinking about sandstorms as a possible weather condition. You also may not associate sandstorms with China.

Sandstorms are, however, considered a meteorological event, and they are in fact relatively common in China, including in Beijing. Thus, the word 沙暴 (shābào; sandstorm) should be included on any weather watcher’s Chinese vocabulary list. 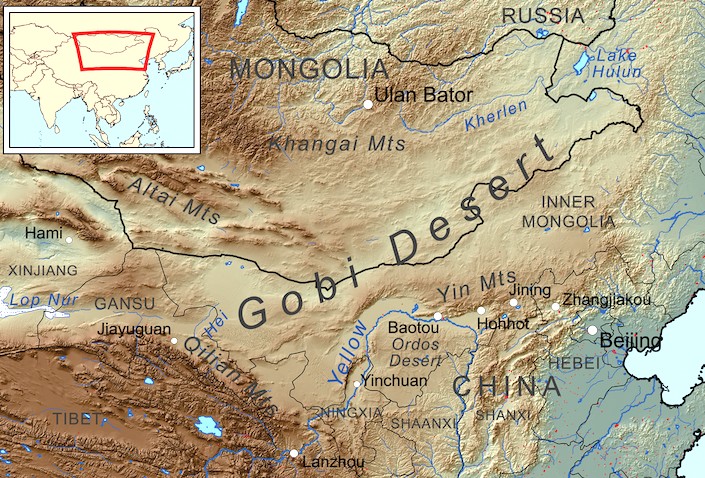 The Gobi Desert is the source of the sandstorms that occasionally envelope Beijing.

Talking about air quality in Chinese

While air quality (空气质量 kōngqì zhíliàng) is not technically a type of weather, it can definitely affect your enjoyment of the great outdoors.

Concern about air pollution in China is becoming increasingly common, and many people have developed the habit of checking the air quality before leaving the house.

Instead of just referring to “smog,” or 雾霾 (wùmái) in Chinese, it’s common to refer to the fine particles that make up the smog. The most dangerous of these particles are referred to as PM 2.5, in which the PM stands for “particulate matter.” In China, this English abbreviation is used, but it’s read as PM 二点五 (PM èr diǎn wǔ).

Note that PM 2.5 is used in China to refer to numbers from the Air Quality Index (AQI), a scale that’s used to measure the amount of particulate matter found in the air. The higher the AQI, the worse the pollution.

Here’s an example of how to talk about air quality on a heavily polluted day: 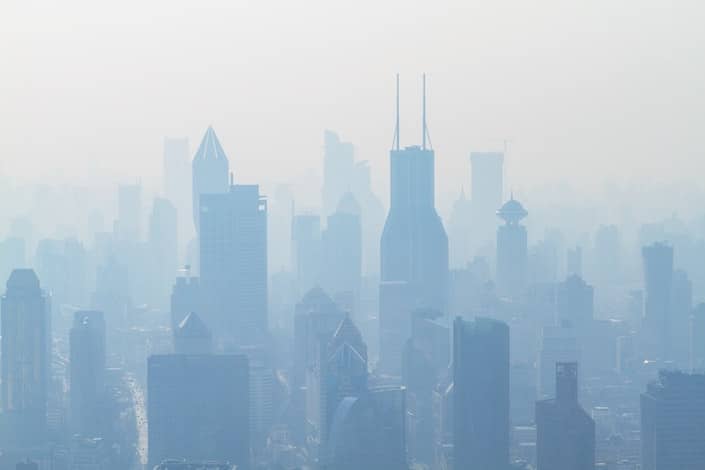 Some Chinese cities suffer from heavy air pollution, especially during the winter months.

Grammar for talking about the weather in Chinese

When talking about the weather in Chinese, it’s generally enough to simply apply the Chinese grammar rules that you already know. One thing that’s important to keep in mind, however, is that many words for weather events in Chinese can act as different parts of speech depending on context.

Let’s examine the use of the common Chinese words 雨 (yǔ; rain) and 雪 (xuě; snow) to get an idea of how this works.

When we want to use these words as verbs in English, we need to conjugate them. Since verbs cannot be conjugated in Chinese, however, we need to use a different strategy.

The noun form of the word “rain” in Chinese is 雨 (yǔ). If we want to use this word as a verb, we need to place the verb 下 (xià) in front of 雨 (yǔ) to show that the rain is falling. This produces the verb 下雨 (xiàyǔ), which means “to rain.” Likewise, the noun form of snow in Chinese is 雪 (xuě), and adding 下 (xià) to this character will also produce the verb form, namely 下雪 (xiàxuě; to snow).

Here are some examples of how to use these words in a sentence:

If, on the other hand, we want to use these words as nouns in a sentence, it isn’t enough to simply use them by themselves. This is because in general, nouns in Chinese must be paired with measure words. The most common Chinese measure word that’s used to refer to rain or snow is 场 (chǎng; period of time, spell).

Let’s look at how to use this measure word in practice:

This is the first snowfall of the year.

One interesting and slightly confusing aspect of this measure word is that it can also be used in sentences that contain the verb 下 (xià). For example:

It rained for a while yesterday.

The difference lies in the fact that 一场 (yī chǎng) refers to a set period of time, so the sentence 昨天下了一场雨 (Zuótiān xiàle yī chǎng yǔ) specifies that it rained for a duration time, not all day. This use of the measure word 场 (chǎng) communicates the fact that the rain both stopped and started yesterday.

By contrast, if you simply said 昨天下雨了 (Zuótiān xià yǔ le; It rained yesterday), the meaning wouldn’t be as clear. According to this sentence, it could have rained for a period of time yesterday, but it also could have rained nonstop throughout the entire day. 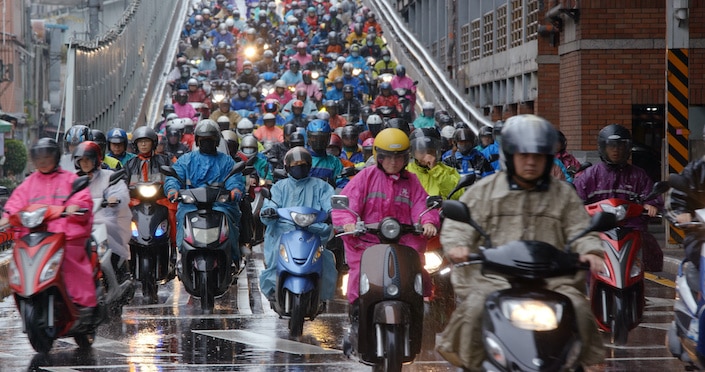 Putting it all together

Talking about the weather in Chinese is an important skill that is sure to come in handy when communicating with native speakers. As with all aspects of the Chinese language, the best way to learn to discuss the weather is through full linguistic immersion, either in-person or online.

If you want to improve your Chinese while enjoying stunning scenery, great weather and low levels of air pollution, we recommend that you study Chinese in Guilin, home of CLI! 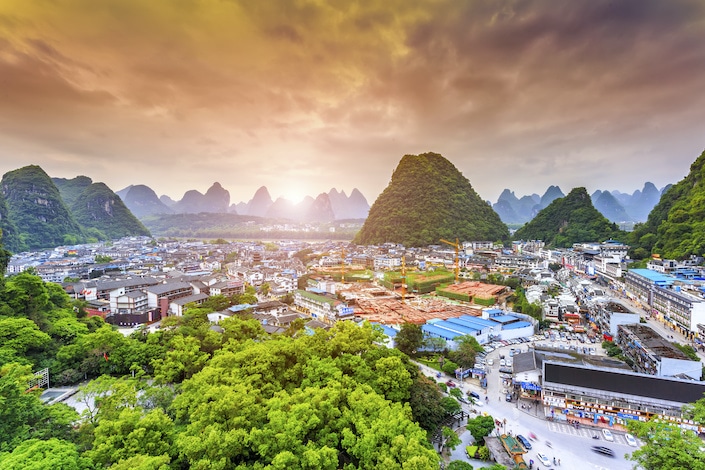 The climate in CLI’s home city of Guilin is mild all year round.