Is Chinese Hard to Learn?

The Chinese language is often considered one of the world's most difficult languages to learn, but this sentiment is a major oversimplification. Like any language, learning Chinese has its challenges. As a language learner, placing yourself in an ideal learning environment is key to learning Chinese. Let’s have a look at both the difficult and easy aspects of Chinese. 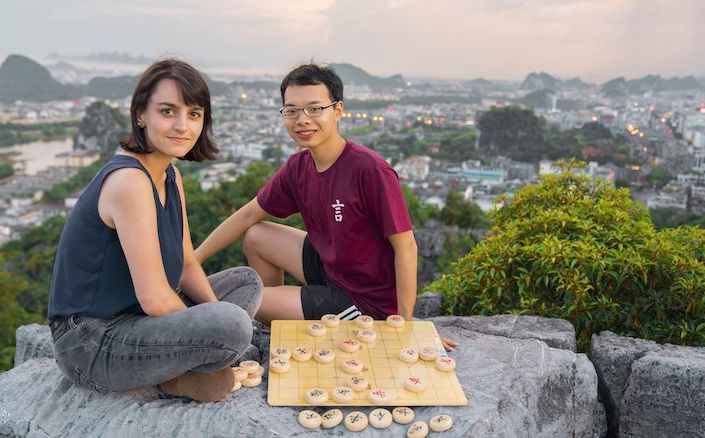 Chinese has relatively few grammar patterns—most of which are straightforward. Moreover, there are no tenses in Chinese language. Chinese words do not change forms, or conjugate, like English verbs. This is something Chinese learners can be grateful for. Below is the notoriously unpredictable English "to be" verb next to it's perfectly consistent Chinese counterpart:

Pinyin is the standard system of romanized transliteration of Chinese characters. It is an enormous help for Chinese learners. One great thing about pinyin in this digital age is that, you can type pinyin into your computer and they will give you character suggestions. This means that you can text or write emails in Chinese without needing to know each stroke of the character.

As long as you know the pinyin and recognize the character you are looking for, you can type in Chinese. 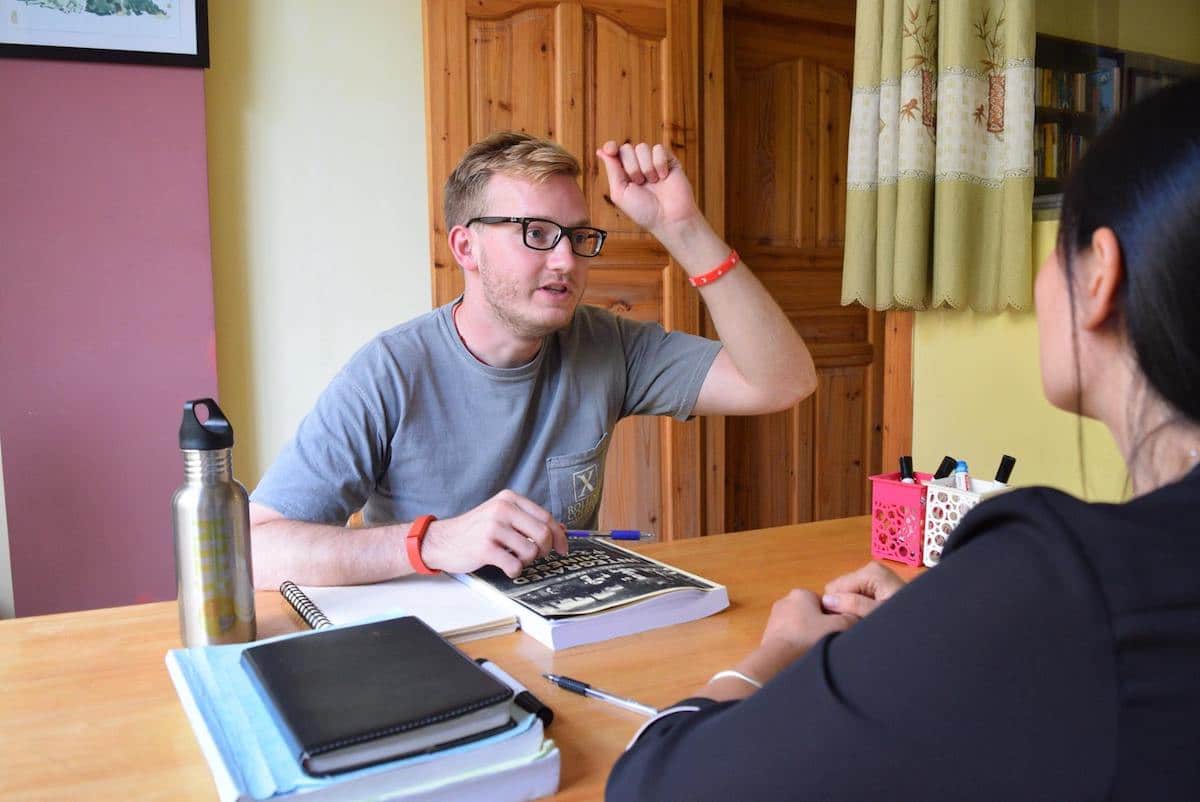 Pinyin, which uses the letters of the Latin alphabet, makes it easier to learn Chinese characters.

For example, perhaps you already know the character for fire, 火 (huǒ), and the character for mountain, 山 (shān), but you're trying to figure out how to say "volcano". After looking up the Chinese word for volcano on your online dictionary, you realize it's incredibly straightforward: merely add fire (火) to mountain (山) and you get fire-mountain, 火山 (huǒshān), or volcano!

A whole host of Chinese words are constructed in this way. If you know the Chinese character for electricity (电, diàn) you will immediately have easier access to large variety of words:

In a sense, the difficulty and inaccessibility of the Chinese language is an advantage: upon discovering that you are trying to learn their language Chinese people are almost always eager to help you in your learning journey.

Chinese culture instills a deep sense of pride about China's millennia-old culture and its distinctive language. In addition, there are relatively few foreigners who ever try to learn the language because of its perceived difficulty, so having even a few basic phrases and simple words under your belt will make a powerful difference in your relationships.

If you mutter a few simple greetings in Chinese upon entering a restaurant or a shop it will almost unfailingly be answered by a surprised, slightly confused face that immediately transforms into a welcoming smile. By using Chinese, making friends in China is easy. Since chatting with friends is one of the best ways to attain Chinese fluency, this is another way learning Chinese is simple. 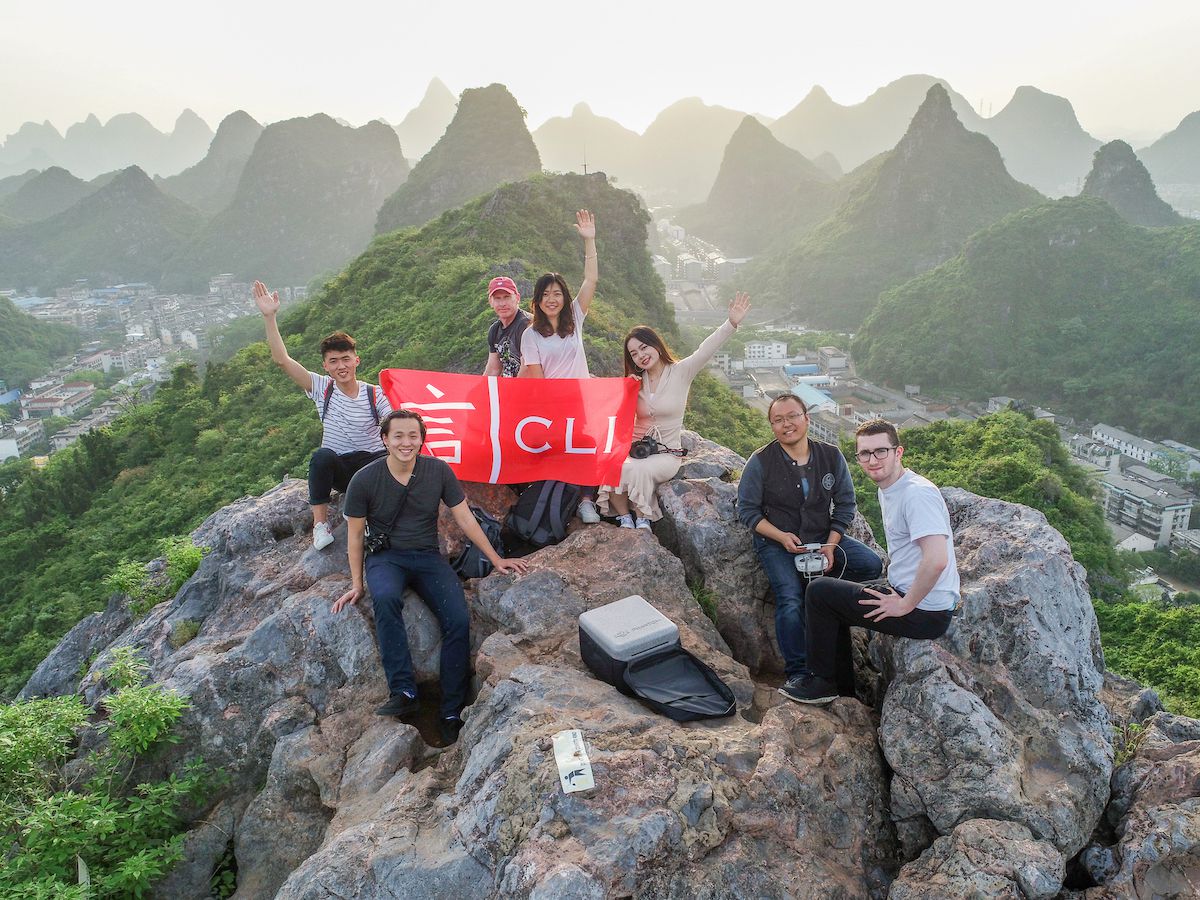 China boasts a warm and welcoming culture that makes it easy to make friends and practice your Chinese.

Beautiful, mysterious, ancient and tremendously hard to learn. Reading and writing Chinese characters is perhaps the most difficult aspect of learning Chinese. The Chinese written script, called 汉字 (hànzì) in Chinese, is based on the use of "logograms"—single characters that can represent an entire word.

Logographic writing stands in stark contrast to the phonetic scripts (alphabets) utilized by virtually all Western languages. In most phonetic scripts, roughly two dozen symbols are used to represent all the sounds and words in the language. This makes memorizing and verbalizing words much easier.

On the other hand, Chinese is more closely related to a pictographic script (think Egyptian hieroglyphics), which means that there are a huge number of characters to memorize. In fact, to be considered literate one should be able to recognize about 3,500 simplified characters, not to mention traditional Chinese characters. In English, if you come across a word that you have never heard of, you will at least know how to pronounce the word.

In Chinese, if you come across a word that you have never heard of, it’s unlikely that you’ll be able to guess exactly what it sounds like. However, this is not always the case, clusters of Chinese characters with similar meanings often have similar patterns, these recurring elements are called radicals. Words having to do with trees, forests or wood often utilize the character 木 (mù, tree; timber), for example:

Other times the 木 character (symbolizing wood) will be incorporated into a character:

Or even more conspicuously: 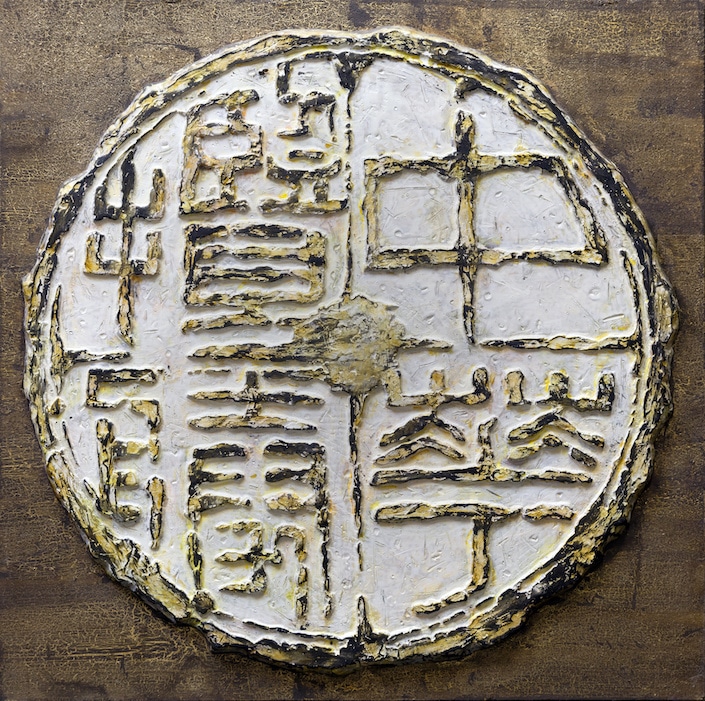 Mastering Chinese characters is admittedly one of the most difficult aspects of learning Chinese.

Another major difficulty for foreigners in learning the language are the tones. English is a non-tonal language which means that trying to master adding tones to the Chinese words your trying to pronounce involves learning a completely new skill. For English-speakers (and speakers of other non-tonal languages like French, German or Russian) the learning curve is quite steep and the learning period can be very strange.

There are four tones in Chinese, five if you consider the neutral tone as well. Simply learning how to detect the difference between these pronunciations is the first challenge. Furthermore, there are many words that sound exactly the same except for an added tonal change which alters the meaning entirely. This means that the same syllables with different tones can have two completely different things.

Most beginners struggle with tones when starting to learn Chinese, but it is very important that you get a good grasp of tones. Here examples of  two potentially very awkward tonal mistakes:

Other words have the same tone but have different characters. A particularly notorious example of how this feature can cause headaches for foreigners trying to get the hang of Chinese is found in the words pronounced as "Tā." This can either mean "He" (他, Tā), "She" (她, Tā) or "It" (它, Tā). Luckily, as your Chinese level advances, you will discover that the spoken language is full of context clues which help one to distinguish between "He", "Her" and "It" during a conversation.

Despite being widely portrayed as having a single language, China is in fact an astonishingly diverse country when it comes to accents and dialects. In addition to the languages of the 55 recognized ethnic minorities who call China home, there is also a stunning amount of regional linguistic differences.

Almost all regions of China have a unique dialect called a 方言 (fāngyán). These dialects are sometimes simply a slight accent similar to the differences between American, British and Australian English. More often, however, there are substantial and easily identifiable differences between the various local dialects, so much so that some would classify them as being different languages entirely.

Shanghainese, Cantonese, and Fujianese are all local dialects that are so radically different from one another that most Chinese people would not be able to understand someone using their dialect if they did not also come from that part of the country.

All mainland Chinese people who attend school are taught Standard Chinese (普通话 Pǔtōnghuà or Common Tongue/Speech) and this has helped to linguistically unify the country.

This common education has not however extinguished the strong regional accents and dialects; many older Chinese citizens are not fluent in Standard Chinese or can understand it but cannot themselves speak it. This enormous variety adds an additional challenging layer to learning Chinese. 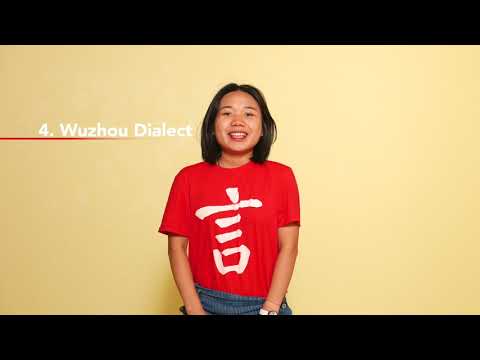 How Can I Make Learning Chinese Easier?

There are a wealth of free Chinese learning resources available to make learning Chinese a much more enjoyable process: Pleco, Clozemaster, Memrise, YouTube channels, etc. However the easiest and quickest way to gain the kind of conversational fluency most learners are looking for is by immersing yourself in the language and the best way to immerse yourself is learning Chinese in China.

In our humble opinion, the most ideal way to learn Chinese is through one-on-one Chinese immersion classes at CLI. CLI offers a culturally vibrant environment in which to immerse yourself. Enrolling at the Chinese Language Institute means that your every waking breath, from breakfast in the morning through classes with trained teachers during the day until group activities in the evening, will be soaked in Chinese.

Particularly useful in this regard is the one-on-one attention from top-notch Chinese teachers that help contextualize the many hidden features and cultural nuances of the language. We welcome you to browse our website and take the leap to learn Chinese in China. We look forward to welcoming you to CLI.

So, Is Chinese Hard to Learn?

We have good news for you! Chinese is not as hard as you may think. To many non-native speakers, at first glance Chinese seems like one of the world's most difficult languages to learn. One reason for this common misconception stems from the fact that Chinese is based upon a character system.

Another reason is that the most common language constructs and vocabulary are quite different from those with which Westerners are generally familiar; rarely when studying Chinese do students stumble upon words or grammar points that simultaneously occur in English or other European languages. 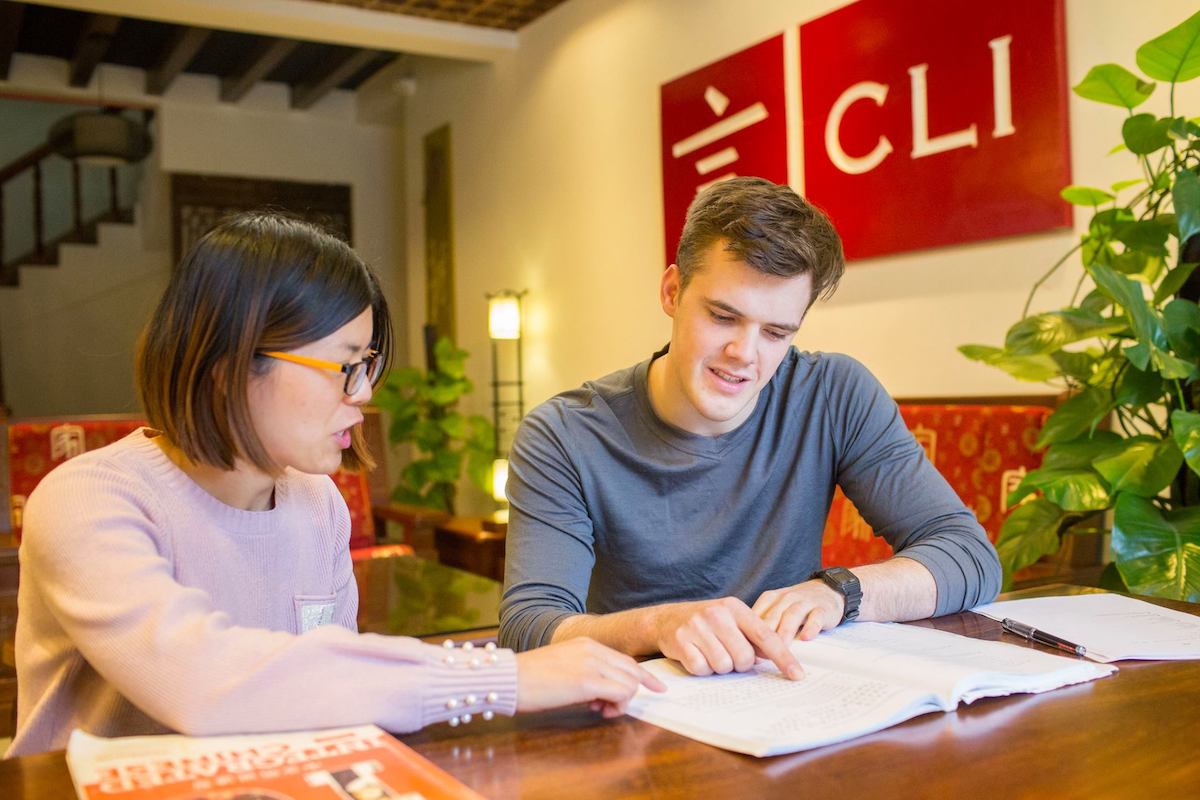 Learning Chinese is probably not as hard as you think.

For those interested in studying the world's most widely spoken language, however, the good news is that learning Chinese is not so difficult as it seems. In fact, various aspects of the Chinese language are simpler and easier to learn than their European counterparts: 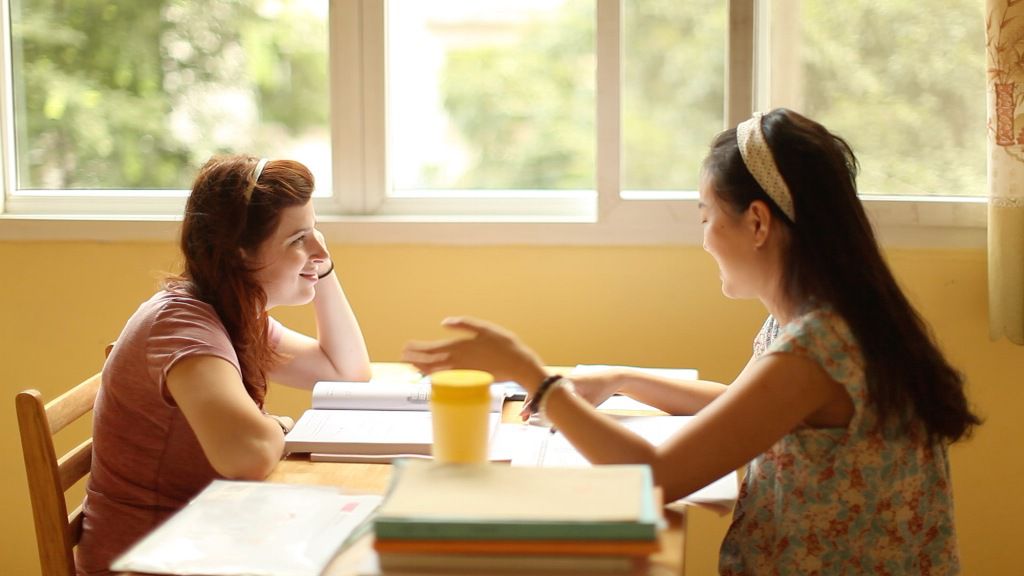 Learning the most frequently used Chinese characters will allow you to start communicating in Chinese in no time.

Interested in taking the plunge? Why not get your feet wet by learning some basic Chinese vocabulary and skills, like how to say "yes" and "no" in Chinese?