You may have heard that Chinese is a tonal language, but did you know that in addition to the basic tones, there are many tone changes in Mandarin Chinese? Read on to discover the essential tone change rules that every language student needs to know.

What tones exist in Mandarin?

Standard Mandarin, or Putonghua, is most commonly said to have four tones (四声 sìshēng). This number is sometimes given as five or even six depending on whether or not you count the neutral tone and the half-third/low-guttural tone.

One of the reasons that many Mandarin learners struggle with tones (声调 shēngdiào) is that they sometimes change depending on the context in which they’re used. To understand these tone changes, we first need to understand the original, unchanged versions of Standard Mandarin tones.

The following tones are found in Standard Mandarin Chinese:

Note that when combined with other syllables, the third tone frequently undergoes major pronunciation changes. Due to this fact, some authors argue that in addition to the third tone, there exists another tone, called the half-third tone. This half-third tone is a low-guttural tone that falls slightly but does not come back up (see the section on Third Tone Changes below for more information). 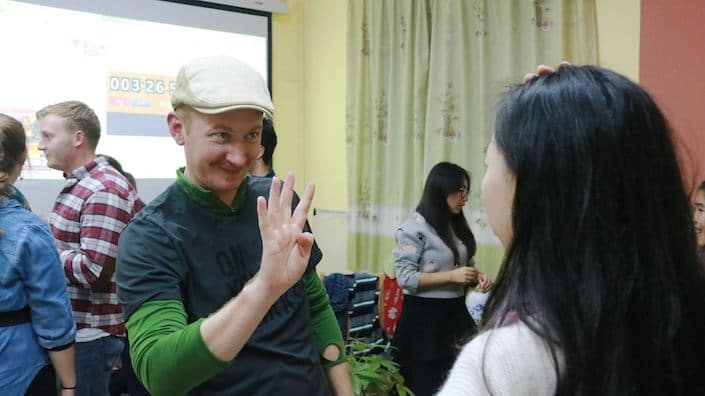 Mandarin is commonly said to have four tones, but some people say there are actually five or even six.

How are tones written in Mandarin?

The most common Mandarin Chinese romanization system is pinyin. In this system, tone marks are written above the syllables to which they should be applied.

Occasionally, tones are written using numbers. In this system, the first tone is written using a 1 after the corresponding syllable (ex. 妈 ma1), the second tone with a 2 (ex. 林 lin2) and so on. A 5 or 0 indicates the neutral tone.

Unfortunately, it isn’t possible to know which tone to use just by looking at an unfamiliar Chinese character. Therefore, it’s best to download a Chinese dictionary like Pleco onto your phone to check when needed. 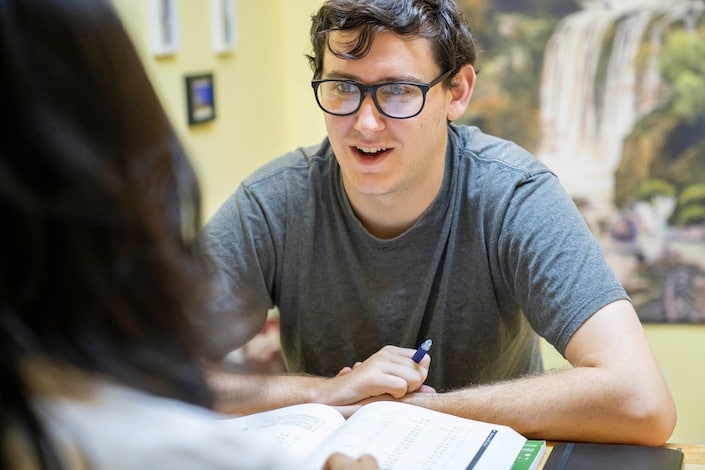 The importance of tones in Mandarin

Tones in Mandarin are extremely important and shouldn’t be ignored. It’s true that if you mix up your tones while trying to say something very basic or obvious, Chinese people may still be able to guess your meaning based on context.

If, however, you’re trying to communicate something specific without the help of gestures or contextual clues (like when you’re on the phone), using tones is absolutely essential if you want to be understood.

In cases where the pinyin spelling looks the same, differences in tone represent the only way to distinguish one word from another aside from looking at the character itself.

The above examples show why you can only ignore tones at your own risk! 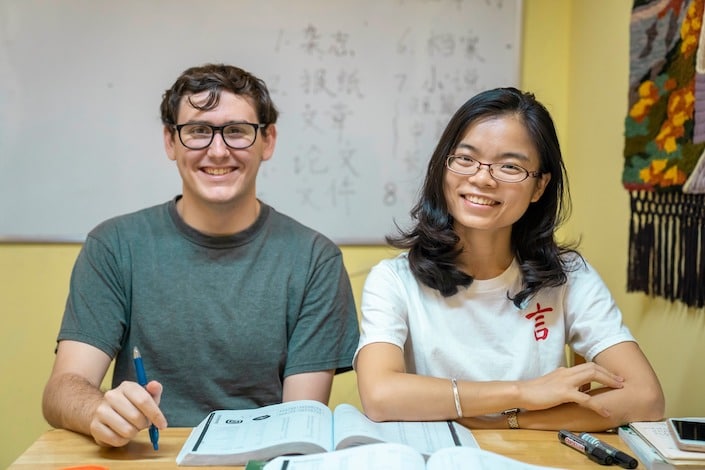 What are Mandarin tone changes?

Tone changes in Mandarin are referred to as 变调规则 (biàndiào guīzé) in Chinese. They’re also sometimes called tone sandhi, which is a general term used by linguists to describe tone changes that occur in response to the way adjacent words or syllables are pronounced.

Tone changes in Mandarin Chinese are contextual. Chinese characters all have their own “original” tones, but when placed next to other characters, some of these original tones can change.

Some tone changes are optional, while others are obligatory. The three most important mandatory tone change rules are listed below:

The third tone is one of the hardest tones to master. This is perhaps because it almost never appears in its original form as a dipping tone, except when pronounced in isolation. When the third tone is combined with other characters, it almost always undergoes a tone change.

The basic mandatory rules for tone changes involving the third tone are:

These third tone changes may sound complex and hard to remember. It may help to simply realize that as a result of these changes, the most common pronunciation of the third tone in practice is actually as a low, slightly falling tone, not as a dipping tone.

Those who hold this view argue that understanding the dipping tone as a tone change, not as the original pronunciation of the third tone, could help improve students’ pronunciation.

The next obligatory tone change rule involves the commonly used character 不 (bù) which means “not” or “no” in Chinese:

In all situations aside from the one outlined above, 不 (bù) maintains its original fourth tone. 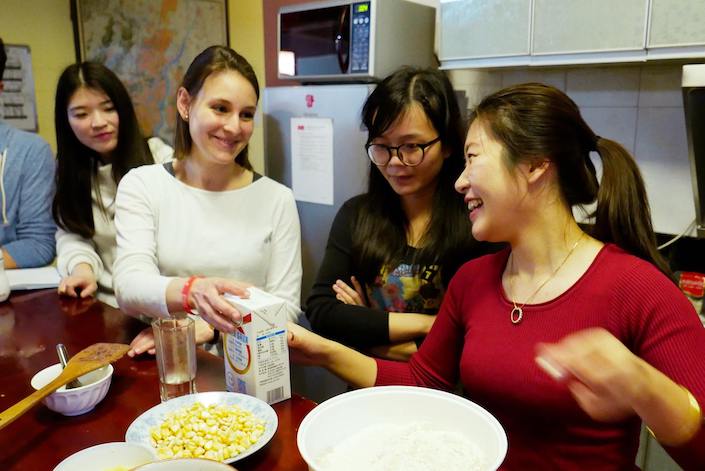 Another commonly used character that’s subject to frequent mandatory tone changes is 一 (yī), which is the Chinese character meaning “one.”

Like 不 (bù), 一 (yī) is a Mandarin word that Chinese speakers use on a regular basis. Its original tone, which is the flat or level first tone, is most commonly used when pronounced in isolation. 一 (yī) also retains its original flat tone when being used as an ordinal number or as a regular number appearing in everyday contexts like addresses and dates. 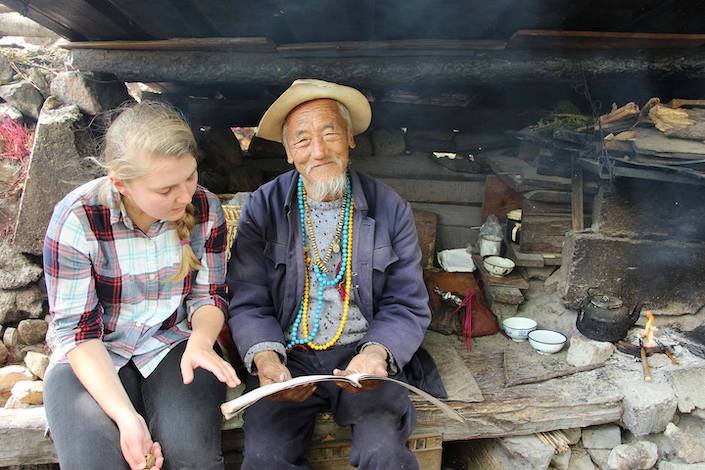 These optional tone changes involve things like subtle changes to the way the first fourth tone is pronounced when followed by another fourth tone. Since they’re optional, we won’t spend any more time on them here in an effort to avoid creating unnecessary confusion.

How are tone changes in Mandarin Chinese written?

Unfortunately, tone changes in Mandarin Chinese are generally not written down. You will usually not see them notated in pinyin.

This is because, while certain tones sometimes change in various different ways, these context-dependent changes don’t alter the original tones that characters have when written in isolation. 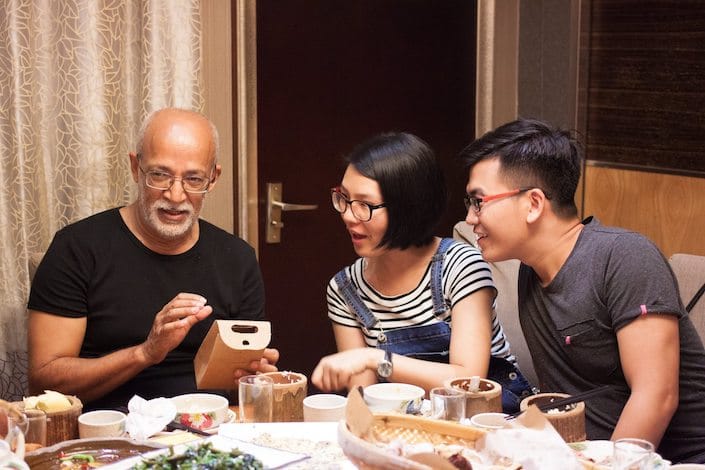 Tone changes in Mandarin are not written down, a fact which many beginners find frustrating.

Learning about tone changes is an important part of learning Mandarin. That said, a surprising number of Chinese language students are either unaware or only vaguely aware of Mandarin tone change rules.

One reason for this is the fact that some Chinese teachers are inclined to gloss over the existence of tone change rules for fear of intimidating beginner students. While this approach is understandable, avoiding teaching tone change rules does students a disservice in the long run.

If you’re serious about learning Mandarin and plan to continue your studies beyond an elementary level, you should make sure to start learning and applying tone change rules from the very beginning. Otherwise, you’ll find yourself forced to expend a great deal of time and effort to fix your bad habits later on. 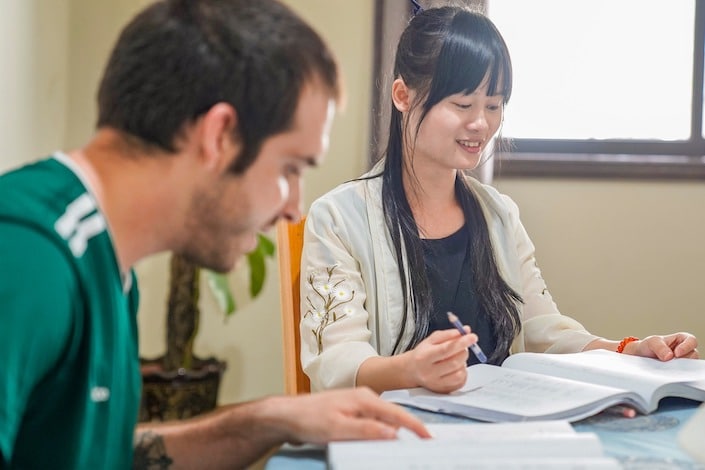 Developing good pronunciation habits early on will save you a lot of trouble later.

How to effectively learn tones and tone changes

How best to learn tones and their corresponding tone changes in Mandarin Chinese is a complex topic and the subject of vigorous academic debate. Below are just some brief suggestions to help make the process easier.

Treat tones and tone changes as important from day one

Although it may seem easier to ignore tones and especially tone changes, don’t do it! You will regret it later on.

Tones may take months or years to master, so don’t be discouraged. Even though pinyin and many of the basic Chinese characters may be acquired relatively quickly, tones take more time and deliberate effort for most learners. 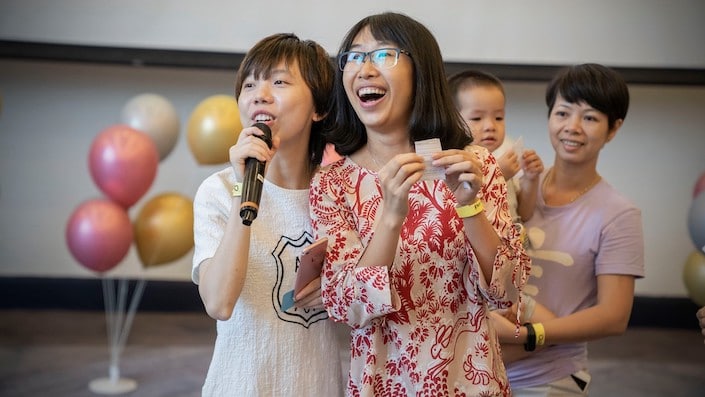 When learning tones, patience and persistence are key.

Use mnemonics to remember tones

Tones can be slippery in our memories. If you find yourself wondering whether 外教 (foreign teacher) should be wàijiào or wǎijiǎo, you’re not alone.

Some students who struggle with this aspect of the language find this memory aid to be a fun way to build a scaffold that can help remember tones. This scaffold can be removed once you can actively recall the tones for any given word 3-12 months after learning it.

Use visualization programs to help you see tones

Another great way to get a better understanding of tones is to use free tone visualization tools like the website AmPitch. Just click “run” at the top of the page and say a tone to visualize it in real time.

SingScope is a free phone app that can also be used to visualize tones and tone changes. Praat is another great choice, but note that it needs to be downloaded onto a computer before use. This fact makes it a bit more complicated to access but also more powerful.

Hearing tones in isolation is much easier than hearing them strung together in sequence. Thus it is important to also learn to hear and pronounce tone pairs (and eventual sets of three words, four words, etc).

Here are the 20 possible tone pairs:

Example words for each pairing:

Note: due to tone sandhi (see intro to this concept above), two-character words with back-to-back third tones (3-3) are pronounced as 2-3.

Speak and listen to Chinese often

In many, if not most, cases, native speakers aren’t aware of the tone change rules they apply when speaking. For many people, tone change rules are just a habit that they picked up by listening to the language since childhood, not something that was explicitly taught.

However, your ultimate goal is to eventually develop a “feel” for the language which will allow you to apply these rules naturally and intuitively in the same way that native speakers do. The best way to achieve this ability is to communicate with native speakers as much as possible.

Learning Chinese in China is the best way to achieve the kind of language immersion that’s necessary to master the complexities of Chinese tones. If you can’t do that, however, you can also consider learning Chinese online.

Aside from talking to native speakers, there are also many fun ways to get Chinese listening practice, including listening to Chinese podcasts or Chinese songs and watching Chinese TV shows.

The more you listen and communicate, the more natural your Chinese tones will become. 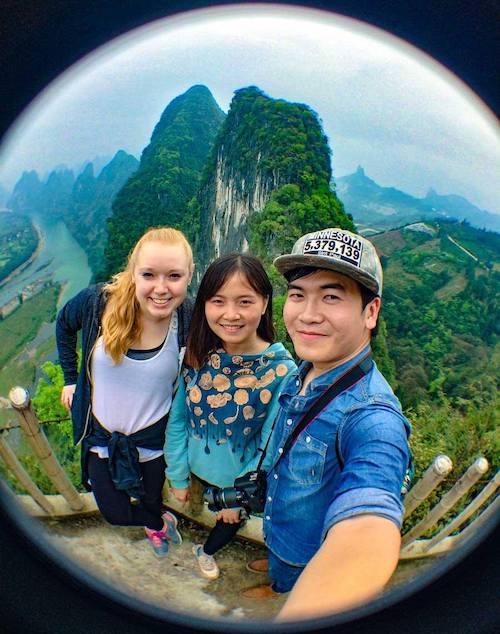 Communicating frequently with native speakers is the best way to improve your Chinese tones.

An integral part of Mandarin Chinese

Tones and tone changes are a tricky part of Mandarin to master, but they’re absolutely essential and shouldn’t be overlooked. Remember to pay attention to them from day one and your future self will thank you!